A high-end restaurant in the Peruvian capital has been given a hefty fine for its "ladies' menu." The absence of prices so women can "enjoy a romantic evening with their partner,"' has been ruled chauvinistic. 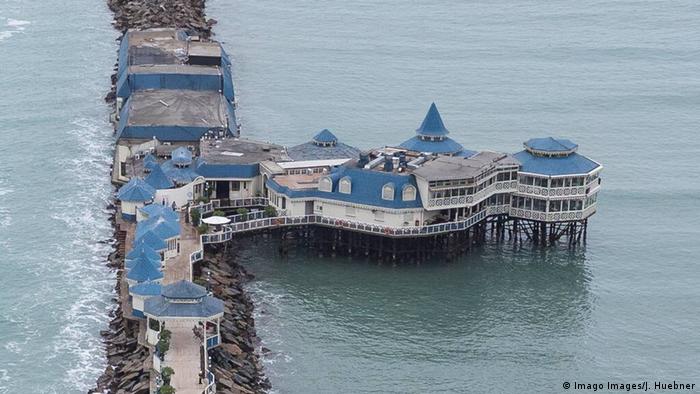 A famous seaside restaurant in Lima's Miraflores district has been fined $62,000 (€56,000) for handing out menus devoid of prices for female clients who dine with men.

La Rosa Nautica restaurant, popular with tourists and locals alike, has come under fire by Peruvian authorities who have ruled the practice as discriminatory against women.

The restaurant had provided female diners with golden menus without prices while men were given blue menus with a marked price beside each meal and drinks option.

La Rosa Nautica defended the practice during legal proceedings, arguing that menus without prices "extoll the position of women, considering it a pleasure for them to enjoy a romantic evening with their partner, without taking into account the cost of the services."

Liliana Cerron, an official with the agency that issued the fine, thinks otherwise. "These small things may seem harmless but at the end of the day they are the basis of a chauvinistic construct reinforcing differences between men and women."

The case was initially reported to the National Institute for the Defense of Free Competition and the Protection of Intellectual Property (Indecopi) in July 2018 by a consumer association.

Indecopi declared in a 3-2 ruling last week that women should have "access to the same list of dishes with prices included" and ordered the restaurant to immediately begin supplying men and women with the same menu.

In addition, the restaurant must post a public sign stating, "it is prohibited to discriminate against consumers on the grounds of origin, race, sex, language, religion, opinion, economic condition, disability, sexual orientation, gender identity or other grounds."

According to local German media, some high-end restaurants in Germany still offer a "ladies' menu" as a gesture or upon request.

Karl-Heinz Haverland from Munich's Königshof gourmet restaurant told the Frankfurter Allgemeine that the menu remains as a gesture so that guests feel "no inhibitions."

Dresden's Moritz is one of the country's few restaurants where female diners with a male accompaniment receive a separate women's menu without being asked. Restaurant manager Loretta Meister told the German newspaper that although the menu never stirred any problems, "it's a bit old fashioned."