Hundreds of Palestinians took to the streets of the West Bank after Nizar Banat, a prominent critic of the Palestinian Authority, died while being arrested. 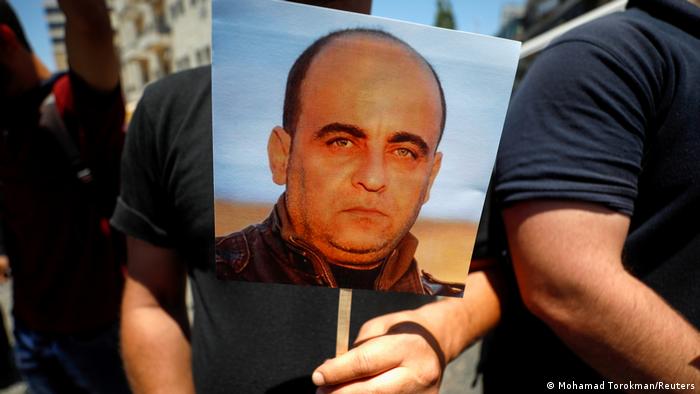 Nizar Banat attempted to run for parliament, but the long-awaited election was soon called off

Human rights activist and outspoken critic of the Palestinian Authority (PA) Nizar Banat died Thursday after he was arrested and beaten by Palestinian security forces.

Banat's family said PA security officers broke into their house in the middle of the night, pulled Banat from his bed and beat him.

"They hit him on his head with iron bars, which they had used to open the windows," said Banat's cousin Hussein. "They beat him continuously for eight minutes."

Hebron governor Jibrin al-Bakri said in a statement reported by the WAFA news agency there was "a summons from the public prosecution to arrest citizen Nizar Khalil Muhammad Banat, a force from the security services arrested him at dawn."

Soon, "his health deteriorated" and the Hebron resident died at the government hospital. Al-Bakri did not give a reason for the arrest. The governor and Prime Minister Mohammad Shtayyeh said an investigation was launched to investigate Banat's death.

Banat long accused the PA of corruption, including the short-lived COVID-19 vaccine exchange with Israel this month. He previously planned to run for Palestinian parliament last month, but President Mahmud Abbas postponed elections indefinitely. The PA governs part of the Israeli-occupied West Bank.

The UN Middle East peace envoy, Tor Wennesland, posted on Twitter that he was "alarmed and saddened" by Banat's death and called for a "swift, independent & transparent investigation."

Shtayyeh said he intended to include the PA's Independent Commission for Human Rights (ICHR) in the investigation, but the ICHR backed out in an apparent sign of public distrust in the PA's inquiry.

"[ICHR] is involved in the autopsy process and will issue its own report with [the independent rights group] Al-Haq," said ICHR Director-General Ammar Dwaik on Facebook. Al-Haq confirmed Dwaik's statement with their own Twitter post.

The European Union Delegation to the Palestinians said, "Violence against politicians and human rights defenders is unacceptable and the Palestinian Authority remains responsible for upholding human rights in the areas where it is able to exercise control."

Banat's death pushed hundreds of Palestinians to march towards Abbas' presidential compound and the PA's headquarters in the West Bank, demanding that Abbas resign.

The protesters chanted, "The people want the downfall of the regime" and "Abbas, you are not one of us, take your dogs and leave." 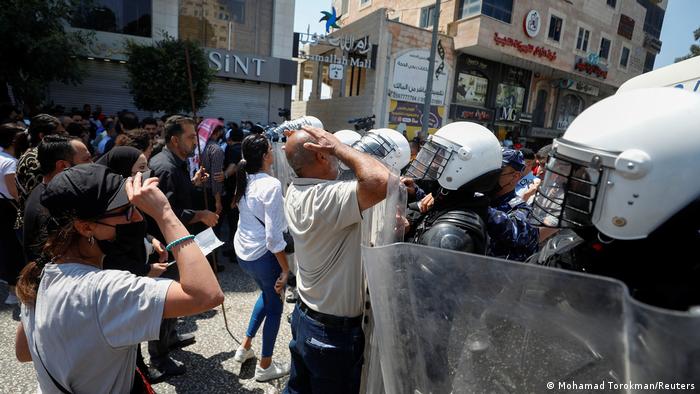 Protesters took to the streets after Banat's death was announced

Support for Abbas and his Fatah party plummeted in recent opinion polls. Abbas postponed the first elections in 15 years when it looked like the Fatah party would suffer another defeat to Hamas, the militant group that took control of the Gaza Strip in 2007.

Hamas said Abbas was "fully responsible for the repercussions" of Banat's death.

Issa Amro, a prominent critic of Israel and the PA, was arrested earlier this week after he criticized the PA in a Facebook post regarding the PA’s arrest of another individual.

"I feel that my life is in danger like Nizar Banat. I don’t feel there is anyone who can protect me from attacks by outlaws affiliated with some security authorities," said Amro. "Unfortunately, there’s a state of security chaos since the cancellation of the elections."