Denying the Holocaust is an illegal offense in several European countries and offenders can end up in jail. Imran Khan would like the same punishments meted out for those who blaspheme against the Prophet Muhammad. 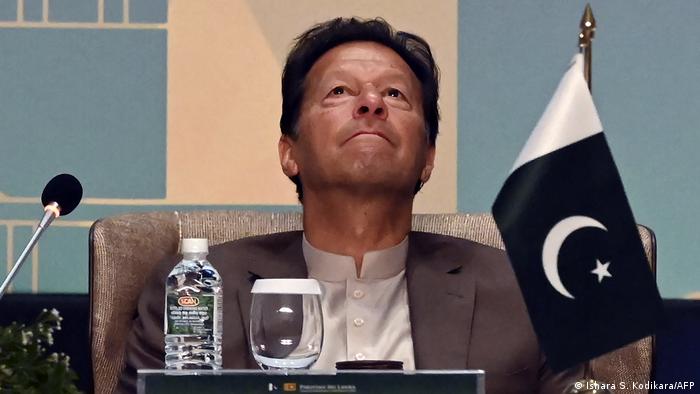 Denying the Holocaust is an illegal offense in several European countries — including Germany and France — and offenders can be sent to prison.

Khan wants to see governments take an equally harsh position on those who blaspheme against the Prophet Muhammad.

"I ... call on Western governments who have outlawed any negative comment on the holocaust to use the same standards to penalise those deliberately spreading their message of hate against Muslims by abusing our Prophet," Khan tweeted.

"We Muslims have the greatest love & respect for our Prophet," he continued. "We cannot tolerate any such disrespect & abuse."

The comparison comes after a week of violent protests across Pakistan by a radical Islamist party outraged by French government support for the publication of cartoons depicting Muhammad.

Khan suggested the government had not put a stop to the TLP because it disagreed with the party's sentiments, but rather its way of expressing them.

"Let me make clear to people here & abroad: Our government only took action against TLP under our anti-terrorist law when they challenged the writ of the state and used street violence & attacking the public and law enforcers," he said.

"No one can be above the law and the Constitution."

Can Germany bring India and Pakistan closer together?

Can Germany bring India and Pakistan together?

The extremist party has orchestrated a monthslong campaign calling for the expulsion of the French ambassador after President Emmanuel Macron defended the right for magazines to publish images of Prophet Muhammad. The TLP and a number of prominent Muslims have deemed the cartoons offensive.

The French Embassy in the Pakistani capital of Islamabad has recommended its nationals leave the country, a call that has so far gone largely unheeded.

Prominent Holocaust survivors, including Germany's Charlotte Knobloch, have joined a global campaign to pressure Facebook to crack down on content that denies the Nazi genocide of Jews.