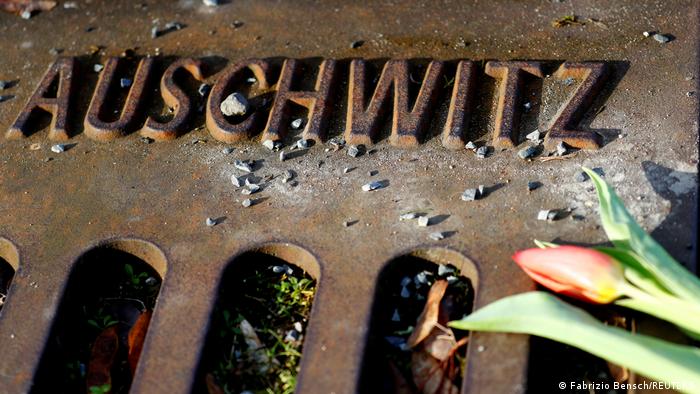 Holocaust survivors as well as Polish, Russian and Israeli officials commemorated the 76th anniversary of the liberation of the Auschwitzon Wednesday.

Polish President Andrzej Duda noted that despite the difficulties posed the by ongoing coronavirus pandemic, it was vital to still hold memorials in any capacity.

"It is an important signal. That we must always, whatever the circumstances, fulfill our duty as witnesses to memory and guardians of the truth about the Holocaust," he said in a speech.

While it was understandable that the commemorations were held online this year, Duda emphasized that it will be important for people to return to the site when the pandemic is under control.

"What one can see here is an answer to oblivion, to the illusion of non-reality, to the lie of denial," he said.

In one speech, survivor Anita Lasker-Wallfisch described how she arrived at Auschwitz as a young woman and lived through "hell on Earth."

"I was 18-years-old and was expected to be turned into smoke," she said.

Lasker-Wallfisch said that once she and her sister were liberated from the camps, they "naively" hoped that sharing their experiences would help put an end to "senseless murder."

"No one asked us any questions when we returned. And now, we even have to witness attempts to discredit what was happening in places like Auschwitz and so many others," she said.

By not honoring the memories, evidence and experiences of survivors, Lasker-Wallfisch said: "We are murdering these victims a second time over."

"I appeal to you the people, so many generations after the event — do not let us down."

Biden: 'Facts are not up for question'

US President Joe Biden also marked International Holocaust Remembrance Day, saying the world "must never forget the truth of what happened across Europe."

"The facts are not up for question, and each of us must remain vigilant and speak out against the resurgent tide of anti-Semitism, and other forms of bigotry and intolerance — here at home and around the world," he said in a statement.

The memorial has been closed to the pubic for months due to the pandemic.

The digital memorials on Wednesday stand in stark contrast to the commemorations held last year to mark the 75th anniversary of the liberation of Auschwitz.

Some 200 survivors and dozens of European leaders gathered at the site of the former camp — one of the last large gatherings before the coronavirus pandemic caused the cancellation of most major events.

In total, the Nazi regime killed 6 million Jews and millions of other persecuted groups

The United Nations designated January 27 as International Holocaust Remembrance Day in 2005 to commemorate the liberation of the Auschwitz concentration camp in Poland by the Soviet Red Army in 1945.