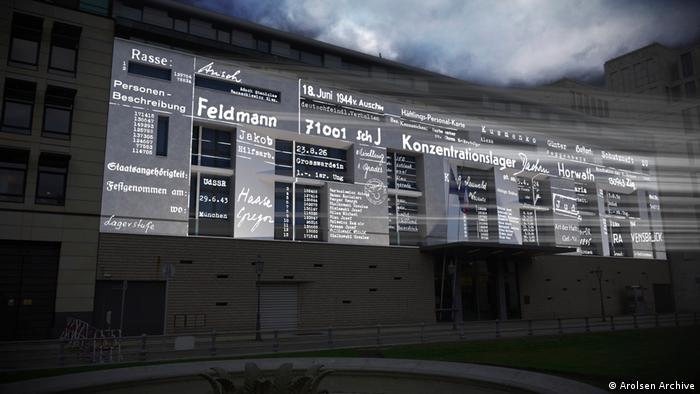 This is how a 21-year-old teacher from France is described on his "prisoner's personal card" when he was sent to the Buchenwald concentration camp in 1944. The term "l. eingebog." probably stands for "slightly bent in."

Paul Le Goupil's name is one of tens of millions kept at the Arolsen Archive in the small Hessian town of Bad Arolsen, the largest international archive of Holocaust victims and survivors. Their task is to search for missing persons and clarify their fates.

Today, the staff still answer queries about some 20,000 people persecuted by the Nazi regime. In the online archive, for example, a user whose first name is John asks, "I'm looking for information about Julia's husband, who died in Auschwitz in 1943."

Another user, who gives Hedy as her first name, asks about her deceased father, Leib Matyas. All of this is archived under the heading "5.3: Death marches."

These inquiries are not even two months old. Many relatives and descendants are still looking for answers; to find out what happened to their loved ones.

Even today Jewish people are victims of attacks

"There are fewer and fewer contemporary witnesses who can tell us what happened, so their documents must speak for them," says Floriane Azoulay, human rights expert and director of the Arolsen Archives. "We have to be brave and creative in the ways we are keeping the memory alive." 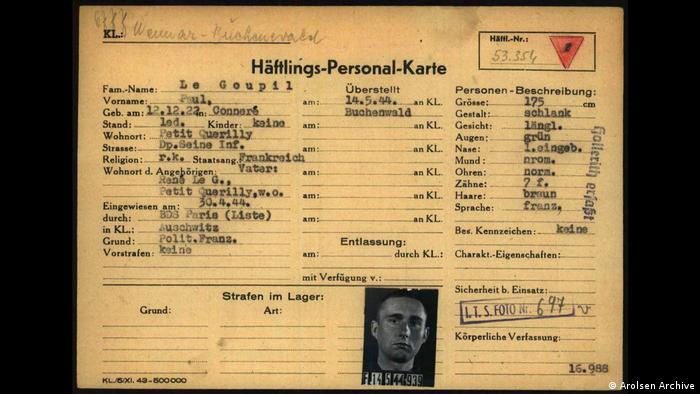 Azoulay wants to reach people of all generations to show where discrimination, racism and anti-Semitism can lead. This is also partly necessary, because Jewish citizens, people of non-Christian faiths and others are still being persecuted and attacked in Germany today.

In October 2019, an attacker tried to gain access to a synagogue in Halle, near Frankfurt, with nothing but a reinforced door stopping him. Instead of entering the place of worship, the assassin randomly shot a 40-year-old woman and a 20-year-old man, who happened to be passing by on the street.

How can the memory of the Holocaust be kept alive?

The Arolsen Archive is run by eleven nations, including Israel, Germany, France and the US. They have made it their mission to keep the memory of the Holocaust alive and to remember every single name. That's why the archive has launched its #everynamecounts campaign. The crowdsourcing campaign focuses on capturing the names on the archive's digitized documents. Individuals from around the world can sign up and participate from home to help preserve the memory of Holocaust victims. 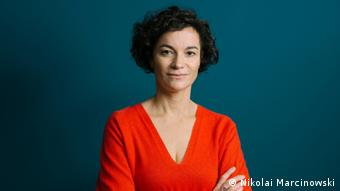 "We created the every name counts campaign because there was an incredible demand for it among our users," explains Floriane Azoulay. "It's a way to let the documents speak."

Since January 2020, 10,000 registered volunteers have already processed over 2.5 million documents. They come from the United States, Germany, Australia, Canada, Poland and many other countries.

'Not just numbers and lists, but names, faces, people'

A volunteer named Mia from the United States says the current political situation in her home country made her want to help out: "It feels good to do something concrete for the victims of National Socialism."

Angelika from Germany explains her commitment to the cause by saying that in many cases the perpetrators were simply allowed to continue with their lives after the fall of the Nazi regime, while the names of the victims were often forgotten — like that of her grandmother, who was held by the SS.

Many volunteers stress how important it is to them to ensure that the victims of the Holocaust must not be forgotten. One woman emphasizes that the people who were sent to the concentration camp have virtually come alive for her through digital collaboration in the archive. "It's no longer just numbers and lists, but names, faces, people," she says.

Studying the documents makes people actively deal with the past, says Azoulay: "They ask themselves: What would have happened to my family if we had lived back then? What would I have done if I had been arrested at school? Would I have done something to help my colleagues?" she says.

An unflinching look at history

Identifying with the victims — "especially among people who are not interested in history or have no connection to the Holocaust in terms of family history" — is the greatest benefit of the project as far as the Arolsen Archives director is concerned. Launched in 2020, the initiative originally only involved students, but other volunteers soon joined in.

"There were teachers who told us that their students didn't leave the classroom for recess because they still wanted to finish work on a document, finish a list," Azoulay adds. 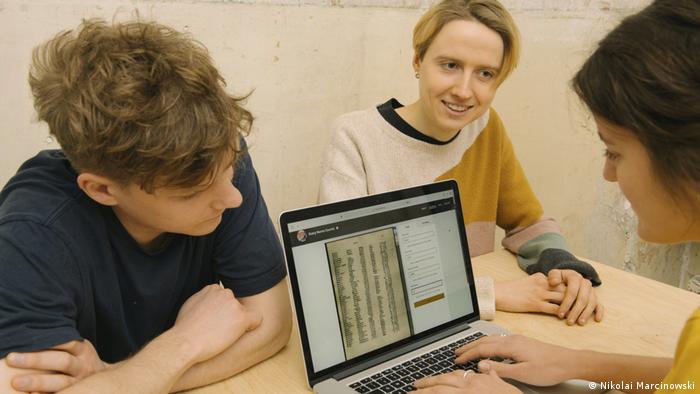 The young volunteers are enthusiastic about the project

People who use the archive to research missing family members are grateful for these volunteers: "My father never talked about the relatives he lost, so simply finding a name on a list means a lot to us," some have said in the comments. Others thank the volunteers directly, saying that if it weren't for them, they wouldn't have learned anything about their families.

In preparation for Holocaust Remembrance Dayon January 27, 2021, the Arolsen Archives will spend a week projecting names and documents onto the wall of the French Embassy in Berlin. The embassy's central location introduces the work of the digital memorial to the victims of Nazism right into the heart of Berlin.

The art installation will also be streamed live around the world to keep the memory alive. Among the many names to be shown is that of teacher Paul Le Goupil.

Le Goupil's story mirrors the mystery that surrounds all the unanswered questions that people approach the Arolson Archives with: He was reportedly first deported to Auschwitz, then to Buchenwald. Finally, he was sent to the Langenstein-Zwieberge concentration camp, where he had to perform forced labor.

Historians at the Arolsen Archives report that nearly 2,000 of the 7,000 forced laborers at the camp died within a few months from hunger, mistreatment and cold. On April 8, 1945, the Nazis evacuated the camp and forced about 3,000 prisoners to walk on what became known as death marches. The remaining prisoners were liberated by US troops on April 11, 1945.

We do not know whether Paul Le Goupil survived the camp or not. But we do know that he was a young man from France, 175 cm tall, with green eyes and a slightly bent nose. In January, his name will shine from the facade of the French Embassy in Berlin — and he will be remembered.

The Warsaw Ghetto - Memories of Horror