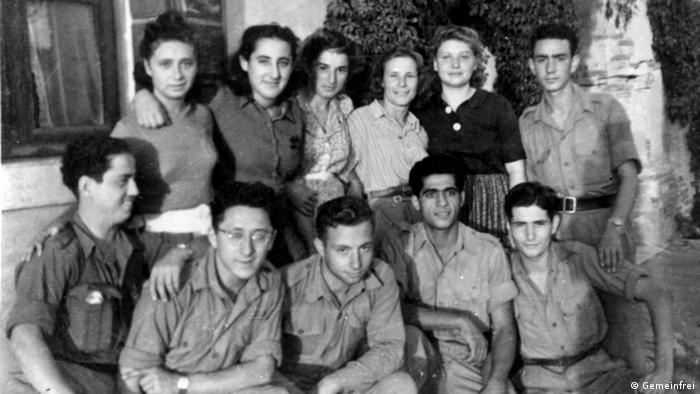 Neatly wrapped in gray dust jackets, the books lie on the table like gifts. These are the restored books of the children of Villa Emma di Nonantola in Italy. A former summer residence of a commandant built in 1890, the building served as a refuge for Jewish children from Germany and Austria fleeing Nazi persecution in 1942 and 1943. The 96 books used by the children were discovered in 2002 in two wooden boxes in a cellar in the nearby town of Modena.

The collection, which includes school literature, religious books and social and entertainment novels, is mostly in German, but there are also works in English, Italian and Hebrew. Among them are novels by authors such as Heinrich Heine, Stefan Zweig and Thomas Mann, whose books were banned by the National Socialists as "un-German" in the spring of 1933. Some 100-odd public book burnings in over 90 German cities took place that year.

The old editions from the Villa Emma bore the "Delasem stamp," the emblem of the Delegation for the Support of Jewish Emigrants, an Italian-Jewish aid organization. This helped researchers to trace the collection back to Villa Emma.

In July 1942, the vacant villa was rented by the Delasem relief organization. A group of 41 Jewish children and young people from Germany and Austria were to be accommodated here. Recha Freier, a Jewish woman from Berlin, had initially brought the mostly parentless children to Zagreb. From there they fled via Slovenia to Nonantola in Italy. In 1943, more orphans arrived at the villa.

Despite the Nazi's racist laws, the refugees were warmly welcomed by the local population. "When they saw us, they said to us, 'What pretty children you are.' They gave us freshly picked apples and other fruit," recalls a witness in the ARD documentary The Children of Villa Emma.

The children had school lessons, learnt farming, and enjoyed close contact with Nonantola's residents. When German troops invaded Italy in September 1943, the village hid all 73 children and their 13 caregivers.

They later managed to escape to Palestine via Switzerland. Some went to the US or later back to Yugoslavia. Except for one boy who had tuberculosis and was later deported to Auschwitz, the rest of the children survived the Holocaust. Some of the caregivers were arrested while organizing other refugee transport and were probably murdered in Auschwitz.

In total, the Youth Aliyah organization that Freier founded in 1933 helped more than 7,600 Jewish children and young people from Germany and Austria escape to Palestine.

In 2016, Berlin historian Klaus Voigt wrote the book Villa Emma: Jüdische Kinder auf der Flucht 1940 bis 1945 (Villa Emma: Jewish children on the run 1940 to 1945), for which he researched the relief operation in detail. That same year, Austrian director and screenwriter Nikolaus Leytner filmed the fate of the children in his historical drama Wir sind am Leben (We are alive), based on true events. 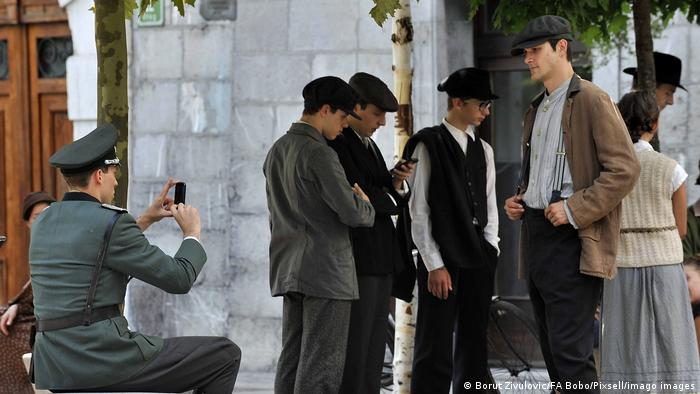 Shooting 'We Are Alive' in 2015: The film retells the story of the Jewish children who were hidden in Villa Emma during World War II

Bearing witness to an era

Reading the books in Villa Emma's former library, one can gain further insight into that era. A team of experts from "Formula Servizi," an organization that restores cultural artifacts, spent years restoring the essays and novels. "Their titles reveal a picture of Central European culture between the 1930s and the early 1940s," the company's website says.

The works bear witness to a period of social, political and cultural debates: from educational problems and theories of feminism to thoughts on the concepts of homeland and nation, and about the Jewish place of longing, namely, Palestine. "It's a valuable piece of our history that bears witness to the memory of a community and its solidarity." 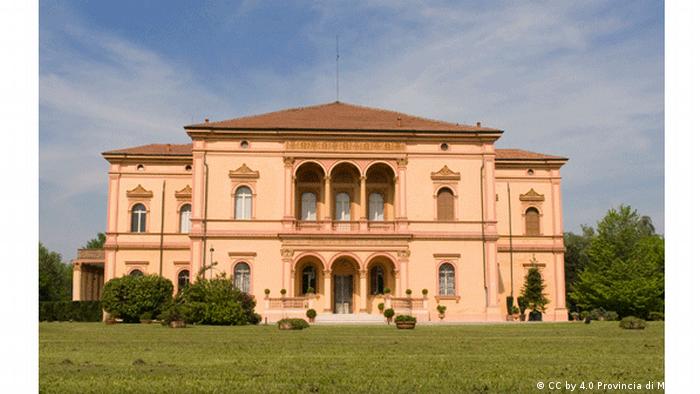 Villa Emma today is a place for conferences and cultural events. The rescue story remained forgotten for a long time. In 2004, the Villa Emma Foundation for Rescued Jewish Children was established, supported by local governmental and religious bodies. It aims to develop "new forms of coexistence and confrontation" and is directed against racism and violations of human dignity.

The work focuses on children suffering from war and persecution. The fate of the children who fled from Villa Emma is documented in a permanent exhibition. The foundation also organizes training courses as well as intercultural encounters and discussions with witnesses from that era.

The former children of Villa Emma and the residents of Nonantola share a special bond to this day.

Correction January 8, 2020: The original article incorrectly stated that book burnings in Germany took place in 1938, when it was in fact 1933. We apologize for the error.

People and Politics - In Germany this weekend people mark the 70th anniversary of what Germans call "Reichspogromnacht" - 06.11.2008