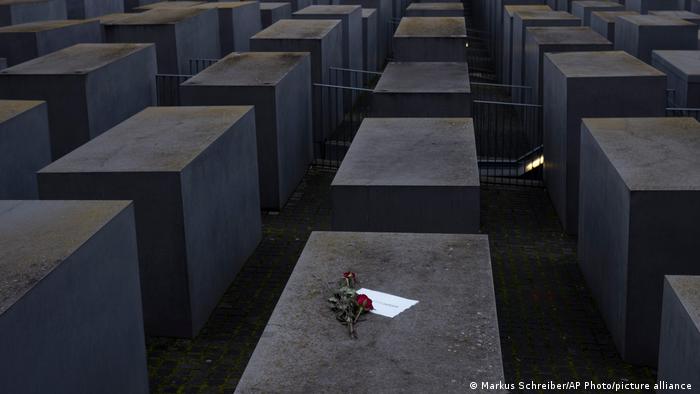 Roses lie with a note saying "#weremember", at the Holocaust Memorial in Berlin on the International Holocaust Remembrance Day

Genocide: Is this the appropriate word to describe the systematic annihilation of 6 million Jews between 1939 and 1945? Clearly, it does not go far enough.

In Israel, "Shoah," meaning "catastrophe" or "great misfortune," is used to describe the event. And outside the Jewish state, this crime against humanity is called the Holocaust, derived from the Greek for "sacrificially burned."

The attempt to adequately put this betrayal of humanity perpetrated by Germans into words will always be a challenge. This is also reflected in the official designation of the "Day of Remembrance for the Victims of National Socialism," which was introduced by then-German President Roman Herzog.

At the launch, President Herzog said that "Victims of the Holocaust" would have been "too narrow a term, as Nazi racial policies affected more people than just the Jews." The chosen date was January 27, the day the Nazi extermination camp Auschwitz was liberated by Soviet soldiers in 1945. 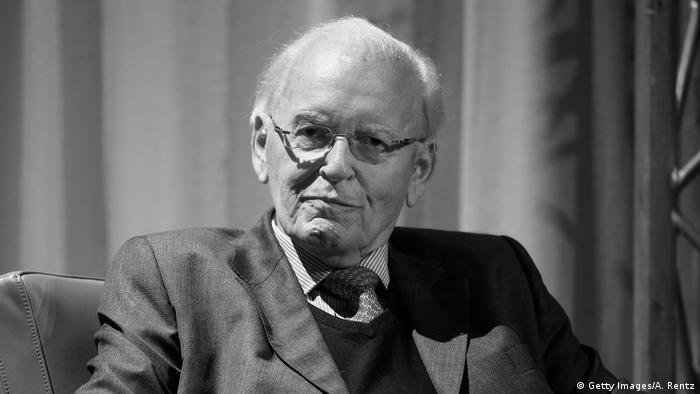 On this day in 1998, Israeli historian Yehuda Bauer addressed the Bundestag, the German parliament. Bauer, who had been born in Prague in 1926, recalled other genocides that shaped the 20th century: Rwanda in 1994, Cambodia from 1975-79 and Armenia in 1915-16.

All of these genocides were perpetrated in specific, although sometimes large, territories. But Bauer said "the murder of Jews was universal, intended to be worldwide." And he warned that it could happen again, certainly not in the same form, but perhaps in a very similar way.

Elie Wiesel: 'How to understand the cult of hatred and death?'

In 2000, for the first time, an Auschwitz survivor addressed members of parliament and guests on the memorial day: Elie Wiesel.

"I speak without hatred or bitterness," the Romanian-born US-naturalized writer said. "Will my words hurt you? How can you understand the cult of hatred and death that reigned in your country?"

Wiesel did not believe in collective guilt, he told his mostly-German audience, but at the same time he believed there was an issue with drawing a line under the past. "Those who try to obscure the memory of the victims are killing them a second time." 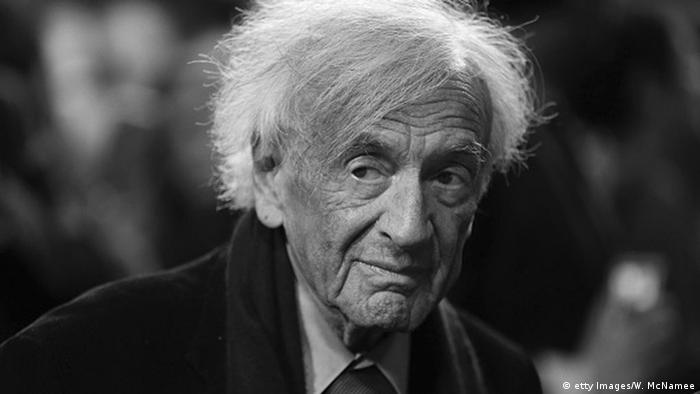 Then in 2001, Johannes Rau, who had replaced Roman Herzog as German president, delivered the commemorative speech. The event came under the shadow of growing right-wing extremist groups in Germany, but also among burgeoning discussions about German guilt and responsibility. More than half a century after the end of World War II, Germany had just agreed to compensate forced laborers under the Third Reich to the tune of almost €5 billion ($6.07 billion). A debate was also raging around the construction of a Holocaust Memorial in Berlin.

Increasingly, Germany has seen attacks on people with a migration background and living in refugee shelters, Rau warned. Violent right-wing extremism must be fought politically and legally, he added: "After all, human dignity is not only in danger when houses are set on fire and people are chased through the streets."

Bronislaw Geremek: 'People are always next'

In 2002, when Holocaust survivor and former Polish Foreign Minister Bronislaw Geremek spoke at the ceremony, the world was still reeling from the September 11, 2001 terror attacks on the United States. Contemporary history had not closed the "chapter of hatred," Geremek said, and he called for "collective, international action."

He drew a clear line from Nazi crimes to genocides after 1945, right up to the present day. The world should not have stood helpless and powerless when books were burned in Germany or cultural monuments were destroyed in Afghanistan. "It is always the people who come next," Geremek said. 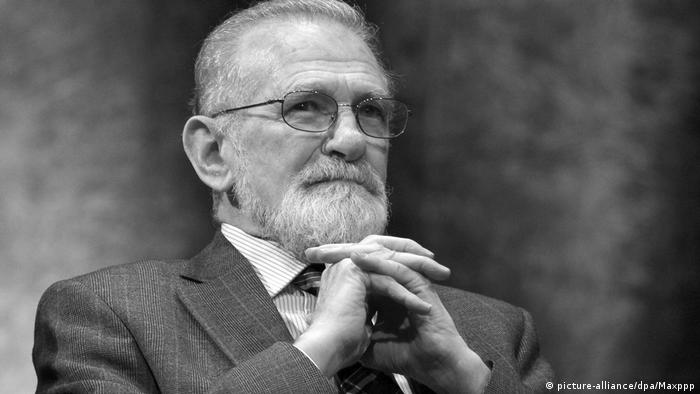 Every year until 2007, survivors of concentration camps spoke on the Day of Remembrance for the Victims of National Socialism. The Spanish writer Jorge Semprun and the first president of the European Parliament, Simone Veil, looked optimistically forward to the eastward enlargement of the European Union. For the first time in the long history of wars and conquests, the unification of Europe was not taking place by force, Veil said.

"It is difficult to grasp the scale of the moral victory that is the accession of the new member states from the Eastern Bloc, which is taking place in freedom and peacefully and democratically," Veil said.

In 2010, Shimon Peres became the first president of Israel to deliver the commemorative speech at the Reichstag building in Berlin (Reuven Rivlin became the second in 2020). Peres urgently warned of the threat to his country from weapons of mass destruction that are in the "irresponsible hands" of "people who are insane." There was no doubt whom he was referring to: Israel's enemy Iran.

To prevent a second Shoah, "it is up to us to teach our children to respect human life and to keep peace with other countries," he said. In 1994, Peres had received the Nobel Peace Prize, together with former Israeli Prime Minister Yitzhak Rabin and the then-head of the Palestine Liberation Organization, Yasser Arafat. 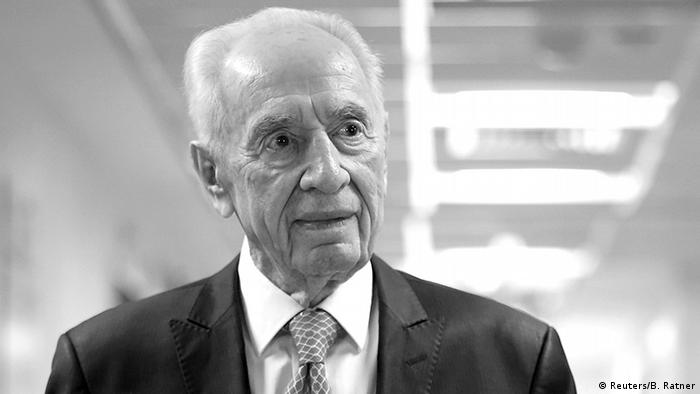 In 2011, Zoni Weisz was the guest speaker. Born in 1937 in The Hague in the Netherlands, Weisz is a Sinto Holocaust survivor. He lost most of his family in extermination camps. The genocide of the Sinti and Roma peoples was the "forgotten Holocaust," Weisz said. Half a million men, women and children were killed. But Weisz said society had learned almost nothing from it, "otherwise it would deal with us more responsibly today."

Weisz accused Italy and France, along with eastern European countries like Romania and Bulgaria, of treating their minorities "inhumanely." He claimed that in Hungary, right-wing extremists regularly attack Jews, Sinti and Roma people.

"We are Europeans, after all, and we must have the same rights as all other residents, with equal opportunities as they apply to every other European," he said. One year later, in 2012, Weisz repeated his accusations at the unveiling of the Memorial to the Sinti and Roma Victims of National Socialism— right next to the Reichstag building in Berlin.

Since hundreds of thousands of refugees from countries in Africa and Asia ravaged by civil war began to arrive in Europe, this topic has also played a role in the annual commemorative speeches.

In 2016, Ruth Klüger, a literary scholar and Holocaust survivor from Austria, paid tribute to Germany's opening of its borders to around a million refugees. The country that had been responsible for the "worst crimes of the century" had won the "applause of the world," she said. She was one of the many outsiders "who went from astonishment to admiration."

In 2018, German-British cellist Anita Lasker-Wallfisch echoed these thoughts. For Jews, she says, the borders had been sealed during the Nazi era, rather than opening up as they did in Germany in 2015, "thanks to the incredibly generous, courageous, human gesture that was made here."

The musician was forced to play in the so-called girls' orchestra in Auschwitz, and she had sworn "never again to set my feet on German soil." But she did not regret her change of heart: Hatred is a poison, "and in the end, you poison yourself."

The 25th Day of Remembrance for the Victims of National Socialism is due to take place on Wednesday, January 27, 2021. Two guest speakers have been invited to the Bundestag: Charlotte Knobloch and Marina Weisband. One is 88, the other 33. Knobloch, president of the Central Council of Jews in Germany until 2010, was saved from deportation to the Theresienstadt concentration camp. Weisband is a Green Party politician and publicist. Both women are united by their Jewish faith — and their commitment to fight anti-Semitism.

Commemoration at the Holocaust Memorial