Sinti and Roma fear for their Holocaust memorial in Berlin | Germany | News and in-depth reporting from Berlin and beyond | DW | 31.07.2020

Whenever Roxanna-Lorraine Witt visits Berlin, she goes to the memorial to the murdered Sinti and Roma in Tiergarten, the city’s sprawling central park. It’s a special place for her. Three of her grandmother’s siblings did not survive the Nazi’s systematic murder of the Sinti and Roma.

The memorial may be under threat. Witt fears it won’t survive if a new track for the city’s commuter line gets built beneath it.

Read more: Nazis carried out mass murder of Sinti and Roma in Auschwitz

"It should be clear that this monument is sacrosanct," she said. "There is a political responsibility to protect it." That activists like her have to protest to protect it is itself a scandal, she added. 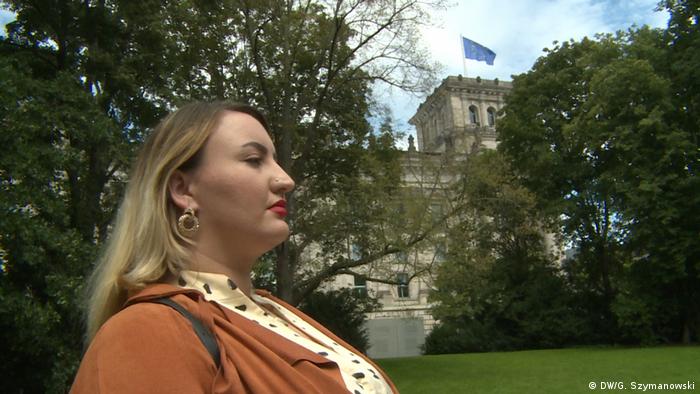 It has taken a long time for Germany to collectively remember the Sinti and Roma killed in the Holocaust.

The mass murder was called the Porajmos, meaning "devouring." Exact numbers don’t exist, but 500,000 people are estimated to have been killed. For decades, Sinti and Roma said they felt discriminated against by German authorities and overlooked as a victim group.

The German government only acknowledged the murder as a genocide in 1982. 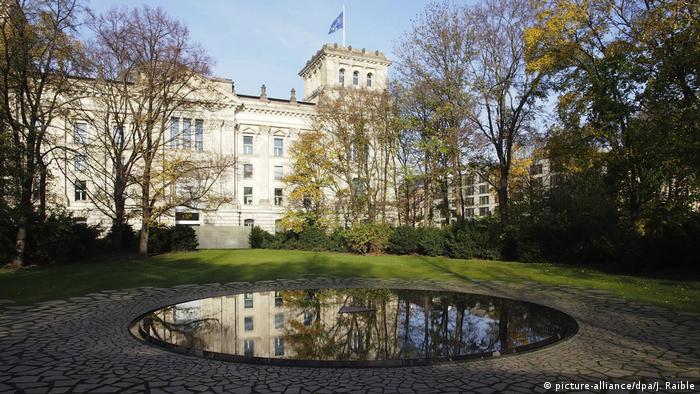 Kept out of the loop

The memorial, just 50 meters (164 feet) from the German parliament building, was unveiled in 2012, and seen as Germany finally taking responsibility for the groups’ plight. It consists of a dark, circular pool of water upon which sits a triangular stone, which represents the badges Sinti and Roma were forced to wear in Nazi concentration camps to identify them as such.

Read more: Holocaust remembrance in Germany is a changing culture

The proximity to the government quarter poses the problem. The new rail line is set to run right through it, which may lead to the monument being dismantled. 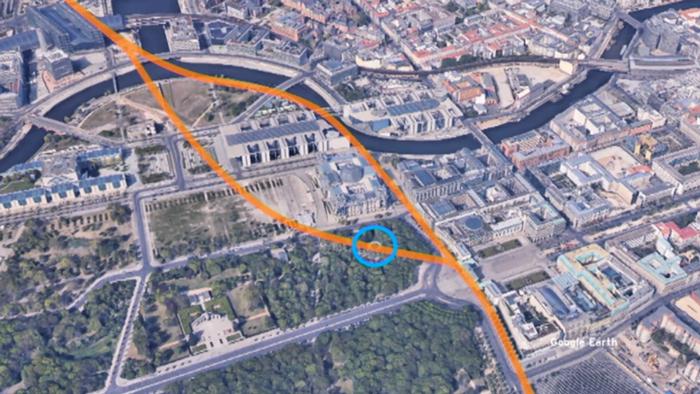 "It’s inconceivable that something would happen to this monument without speaking to us," said Romani Rose, the head of the Central Council of Sinti and Roma in Germany.

Rose has spent his life fighting for the recognition of Nazi crimes against Sinti and Roma. He’s known for leading hunger strikes in 1980 on the grounds of Dachau, the former concentration camp, to raise awareness of the Sinti and Roma role in the Holocaust. 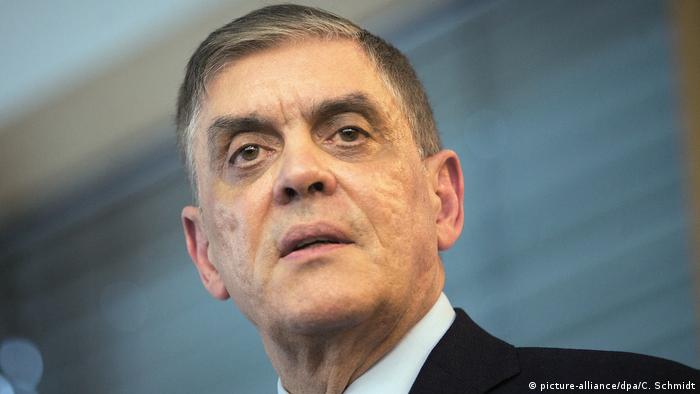 A spokesman for Deutsche Bahn says the company is "totally blown away" that the impact on a memorial could be problematic, according to the Tageszeitung newspaper. Witt organized a protest against the rail construction in June.

"The memorial is a gravesite for those whose ashes are still in Auschwitz. This is a holy place not only for Sinti and Roma, but for all people," Witt said, adding she is furious that the memorial’s future could be "negotiable" in a way others are not.

Deutsche Bahn seemed to bend to the uproar in Berlin and online. Though declining to comment to DW, a company news release said "the memorial will not be touched." It also noted that the project is only in its early stages, and a long way off from seeking actual building permission.

A sense of discrimination

The row over the memorial’s fate is, for Witt, a symbol of the discrimination she said many Sinti and Roma experience. Deutsche Bahn, as the successor to the Nazi-era Deutsche Reichsbahn, which was complicit in transporting concentration camp victims, needs to show more sensitivity to these groups, she said.

Rose, the central council head, said the issue is part of a decades-long refusal to accepting the genocide. "There are some institutions that still have not done enough to confront this history," he said. "This was a genocide unto itself driven by Nazi racial ideology."

The protests have also taken aim at the Berlin Senate, which announced they would review the plans for the new track. "Our goal is, on one hand, to build the line as quickly as possible, but on the other hand, provide maximum protection for the memorial," said Ingmar Streese, Berlin’s transport secretary.

Discussions are scheduled to resume after the summer break.

Rose now sits at the table with rail and legislative representatives. That gives a voice to the Sinti and Roma in deciding how the construction plan gets implemented. The focus, for now, needs to be "live up to the memory" and "show responsibility," he said.

What that might mean in practice reveals a certain paradox about the conflict. Digging under the memorial could bring to fruition a long-sought desire by the council: an information center, which could be underground, similar to what was created in 2005 for the Memorial to the Murdered Jews of Europe.