Pakistan's Hazara standoff: why did the army mediate?

Pakistan's Shiite Hazara community has called off its protest over targeted killings after a meeting with the army chief. But activists say the Hazara persecution won't stop until the state changes its security policies. 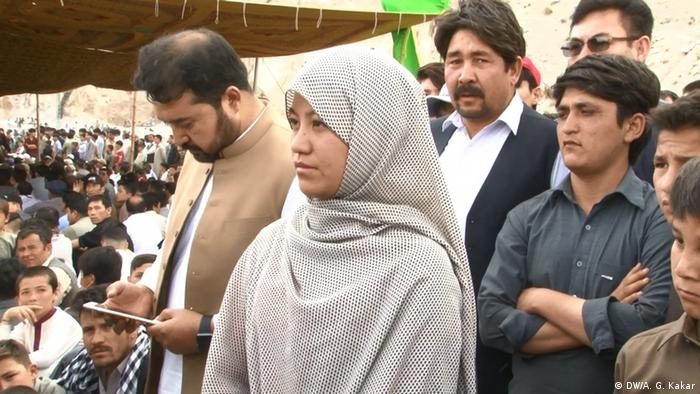 A recent spate of targeted killings in the western city of Quetta had forced the Shiite Hazara community to organize protest rallies in the city. Some of the community's leaders had gone on a hunger strike to protest against years of Islamist violence against the minority community.

On Tuesday, Pakistan's army chief, General Qamar Javed Bajwa, held meetings with the Hazara community leaders and assured them that security forces would do their best to protect them.

"Our meeting with the army chief lasted for three hours. He paid heed to our demands and assured that the Hazara community would receive security in Quetta and other parts of Baluchistan province," Syed Dawood Agha, head of the Baluchistan Shia Conference organization, told DW's correspondent Abdul Ghani Kakar.

"After our successful meeting with the army chief, we decided to call off our protest," Agha added.

The Hazaras belong to the minority Shiite Islamic sect and live predominantly in central Afghanistan, western and northern Pakistan and parts of Iran. They make up the third largest ethnic community in Afghanistan.

For the past few years, Sunni militant extremists in Pakistan and Afghanistan with links to al Qaeda, the so-called "Islamic State" (IS) and the Taliban have intensified their attacks on Hazaras, whom they do not recognize as Muslims.

Shias in Pakistan's Parachinar caught in the middle of proxy wars

In 2016, a suicide bomber targeted a Hazara rally in Kabul and killed at least 61 people and wounded over 200. The Hazara minority were demonstrating against inadequate power infrastructure in their home villages.

"They are killing our people on a regular basis yet the government hasn't taken any action. We have always held peaceful protests," Mustafa Taimuri, a Hazara community leader, told DW.

Pakistani rights groups say that although the lives of Shiite Muslims are under threat all over Pakistan, those living in Baluchistan and the northwestern Gilgit-Baltistan region face a systematic onslaught by the Taliban and other militant groups. Some experts have gone so far as to call it a "sectarian cleansing" of Shiites.

Some analysts trace the origins of sectarian violence in Pakistan to the Afghan War of the 1980s. They say that Pakistan's former military dictator Muhammad Zia-ul-Haq made it a state policy to fund and arm extremist Sunni groups in the 1980s, using these organizations against the Shiites to kill Iran's support in Pakistan and to increase Pakistan's influence in Afghanistan.

Local and Western analysts also accuse the country's powerful army of using some extremist groups as proxies in Afghanistan and India-administered Kashmir, a charge the military denies. US President Donald Trump has reduced military aid for Pakistan in reaction to alleged safe havens for militants on Pakistani soil.

"The assurance to Hazaras from the real power-wielder in Pakistan — the army — is just an attempt to pacify the community. The military is aware that if they handle the situation with an iron fist, the Hazaras will follow the path of the new Pashtun movement in the northwest [which blamed both the army and militants for violence in their region]," Baseer Naveed, a Hong Kong-based Pakistani human rights activist, told DW.

"The army fears that the Hazara movement could spread to other part of the country and other communities in western and northwestern restive areas could rise against the authorities," Naveed, who works for the International Human Rights Council, said. "The slogan 'yeh jo dehshatgardi hay, is kay peechay wardi hay' (the army is behind terrorism) has become very popular in these areas," he pointed out.

Naveed added that civil society groups should support local movements to raise awareness about the persecution of minorities and the rising Islamist threat.

But Ali Chishti, a security and political analyst based in Karachi, argues that the Pakistani state has failed to protect not just the Shiites but most of its citizens. "Pakistan is headed in a completely wrong direction and faces an existential threat due to its policies," Chishti told DW.

Despite the criticism against the army, Agha Raza, a provincial minister in Baluchistan, insists that the Hazara community is not against the military.

"People stand with the army and won't let those who are criticizing the Pakistani military to pursue their own interests, hijack the movement," Agha told media.

Is Pakistan clamping down on liberal academics?