Global terror watchlist: Will Pakistan change its Afghanistan policy? | Asia | An in-depth look at news from across the continent | DW | 28.06.2018 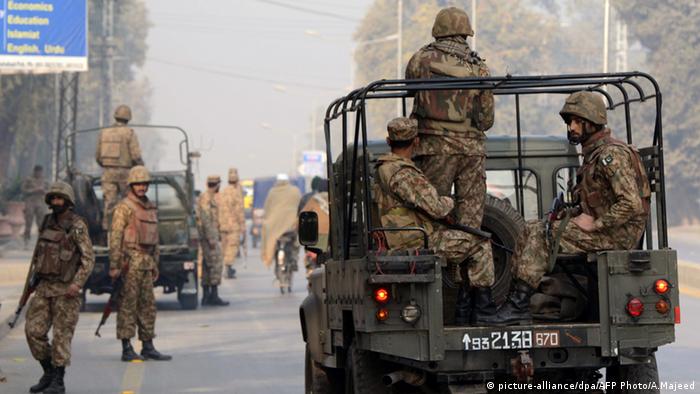 The Financial Action Task Force (FATF), an inter-governmental body, placed Pakistan on its "gray list" on Wednesday, as part of a week-long meeting underway in Paris.

The move means that Pakistan's financial system has been designated as posing a risk to the international financial system because of "strategic deficiencies" in its ability to prevent terror financing and money laundering, Pakistan's Dawn newspaper said in a report on Thursday.

In February, the South Asian country got a three-month notice from the global money-laundering watchdog to squeeze funding for terrorist groups operating on its soil.

After reviewing the progress, the 37-nation bloc found that Islamabad had done little to comply with its demands, although Pakistani authorities say they have cracked down on Islamists.

Only Turkey and China opposed the proposal to put Pakistan in the FATF "gray list," but that was not sufficient to block the decision. Saudi Arabia, which backed Pakistan in February, gave up its support in Wednesday's vote.

The FATF move is likely to hurt Pakistan's economy, which is reeling from a violent Islamist insurgency and an acute energy crisis.

The FATF "gray list" list also features Ethiopia, Yemen, Iraq, Syria, Serbia, Sri Lanka, Trinidad and Tobago, Vanuatu and Tunisia. In February, Bosnia and Herzegovina were shifted to the "white list." Pakistan was also put on the list from 2012 to 2015.

Failure to comply with FATF demands could see Pakistan "blacklisted," a status currently applied to Iran and North Korea only.

Azam Khan, Pakistan's interim interior minister, accused the US and European nations of pressuring the FATF to take the decision.

Fida Khan, a Pakistani security analyst, told DPA news agency the FATF decision would increase pressure on Islamabad as Washington intensifies its efforts to force Pakistan to cooperate in Afghanistan.

"Pakistan will be under obligation and pressure," Fida Khan said.

Meanwhile, Pakistan, which has a caretaker government in place ahead of the July 25 parliamentary elections, removed Muhammad Ahmed Ludhianvi, a radical Sunni group leader, from a domestic terror watchlist. The country's election commission will now consider whether Ludhianvi of Ahle-e-Sunnat Wal Jamaat (ASWJ) can contest July polls. 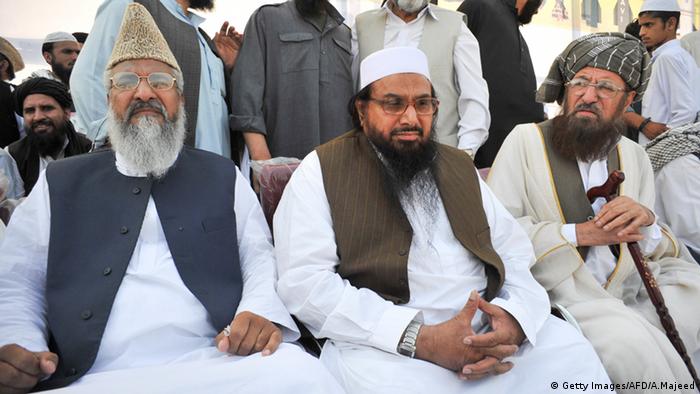 US President Donald Trump has increased pressure on Pakistan to crack down on Islamist militants who launch attacks on NATO and Afghan troops inside Afghanistan. In February, the US spent weeks lobbying member countries of the FATF to place Pakistan on the list of countries that pose a risk to the international financial system. Germany, Britain and France had backed the move.

Last year, Trump announced an aggressive Afghanistan strategy, which identifies Pakistan as a "problem" rather than a "partner" in the war against terror.

"We've seen modest progress in terms of Pakistan's actual acknowledgement of these (US) concerns but the president is not satisfied with progress when it comes to Pakistan," said White House Principal Deputy Press Secretary Raj Shah in February.

In his first 2018 tweet, Trump lashed out at Pakistan: "The United States has foolishly given Pakistan more than 33 billion dollars in aid over the last 15 years, and they have given us nothing but lies & deceit, thinking of our leaders as fools. They give safe haven to the terrorists we hunt in Afghanistan, with little help. No more!," wrote Trump.

Reuters news agency quoted Acting Assistant Secretary of State Alice Wells as saying in February that the US effort to have Pakistan put on the list was partly due to the Islamic country's failure to act against Hafiz Saeed, whose Jamaat-ud-Dawa (JuD)/Lashkar-e-Taiba organization are accused of orchestrating the deadly 2008 Mumbai attacks that killed 166 people.

"When we saw terrorists like Hafiz Saeed being released for the sixth time from house arrest or saw charitable arms of Lashkar-e-Taiba or Jaish-i-Mohammad operate freely, sometimes in front of police stations doing fund-raising exercises, it obviously raises serious concerns," Wells said in an interview.

The Trump administration has already reduced Pakistan's military aid. In January, the White House said it would continue to withhold $255 million (€211 million) in military aid for Pakistan due to its frustration with the nation's reluctance to dismantle terrorist networks on its soil. In August last year, the administration temporarily withheld the money, which was part of a Congress-approved $1.1 billion aid package for Pakistan.

"Islamabad has no other option but to act against militants. But let me be clear about one thing: the international community is demanding Pakistan's security establishment to put things in order; the civilian administration is not being admonished in this case," Khalid Hameed Farooqi, a Brussels-based senior Pakistani journalist and diplomatic affairs analyst, told DW.

He added that former PM Nawaz Sharif's government had taken several legislative actions to rein in Islamists, but the country's powerful military continued to back some proxy jihadist groups.

"Last year, the Pakistani government had sent several top diplomats to Washington, Paris and Brussels, to highlight Indian atrocities in Kashmir. But the officials in these Western capitals clearly told them to act against Hafiz Saeed first," underlined Farooqi.

Read more: Why Pakistan shouldn't rely on China in wake of US aid cut

Islamabad heavily depends on global institutions like the World Bank and the International Monetary Fund (IMF) — both under US influence — to keep its economy running. The US administration could increase financial pressure on Pakistan to force Islamabad to comply with its demands.

"The US can [also] take away Pakistan's non-NATO ally status. Pakistan also needs financial aid and Washington has great influence over the international monetary institutions. It could ask them not to grant loans to Pakistan," Ashraf Jehangir Qazi, Pakistan's former ambassador to the US, told DW.

Although China is heavily investing in Pakistan's infrastructure as part of its multibillion-dollar Belt and Road Initiative, its military aid to Pakistan is in no way close to what Washington has been offering for decades. 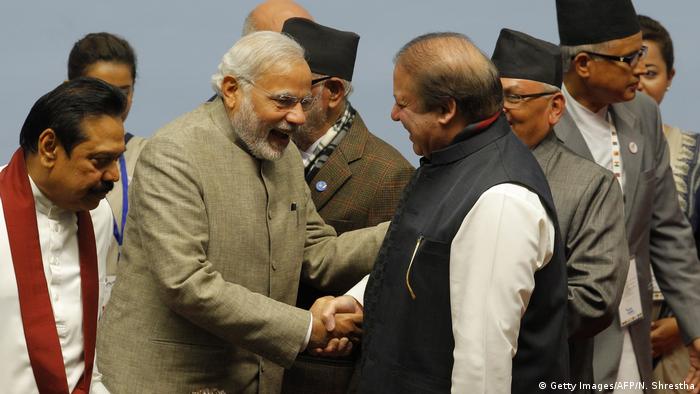 Despite the present mistrust between the two countries, US-Pakistani ties are unlikely to break down completely. History tells us that Pakistani authorities have maintained a minimum level of cooperation with Washington.

At the same time, only a one-sided assessment would put the blame of the US "failure" in Afghanistan on Pakistan. Former US President Barack Obama had acknowledged Islamabad's cooperation in a number of security areas, mainly in the defeat of al Qaeda in Afghanistan and Pakistan.

Experts say the Trump administration has to take Pakistan's reservations about the growing US-India ties into account if it is genuinely interested in resolving the militancy issue in the region. Pakistan has fought four wars against India and continues to see the rising economic and military power in its neighborhood as a threat. Islamabad is very skeptical about New Delhi's increased role in Afghanistan and experts say the military's security polices, as well as the alleged support for some jihadist groups, are completely India-centric.

Post-ceasefire attacks in Afghanistan have killed over a dozen national troops, dashing hopes for a long-term truce between the Taliban and Kabul. Why are the militants unwilling to reciprocate government's peace offer? (19.06.2018)

Is the US bypassing Pakistan for new Taliban strategy?

The US has decided to seek "the right Taliban leadership" without waiting for Pakistan to play its role in persuading the rebels to join peace talks with the Afghan government. Anwar Iqbal reports from Washington. (30.05.2018)

The US is aiming to impose aid restrictions on Pakistan. In an interview with DW, analyst Michael Kugelman says if there's one US administration likely to take a hard line against Pakistan, it's the Trump administration. (17.07.2017)