Pakistani activist Marvi Sirmed: ′I provoke toxic masculinity′ | Asia| An in-depth look at news from across the continent | DW | 12.03.2020 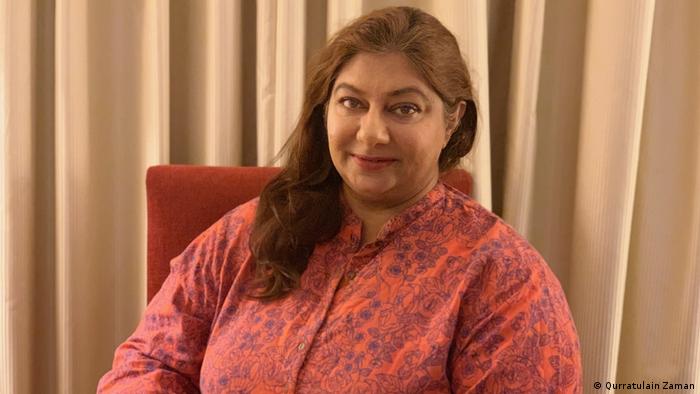 DW: Ahead of the March 8 International Women's Day demonstrations in Pakistan, popular playwright Khalil-ur-Rehman Qamar used abusive language against you on a live TV show in reaction to your feminist stance. It was not the first time that you ticked off conservative Pakistanis. Why are they against you?

Marvi Sirmed: After the TV show that you mentioned, Qamar was invited to another live program in which famous televangelist Aamir Liaquat Hussain also participated. There, Hussain was very critical of Qamar, so much so that he called Qamar a "sociopath," who needed to be kept away from society. But we saw that Qamar kept silent and did not attack Hussain. So it shows that it is actually about power relations. Men like Qamar consider women inferior. They can't accept that a woman refuses to bow down.

This has been happening to me for a long time. When I put across my point of view and challenge masculinity and patriarchy, men feel threatened. 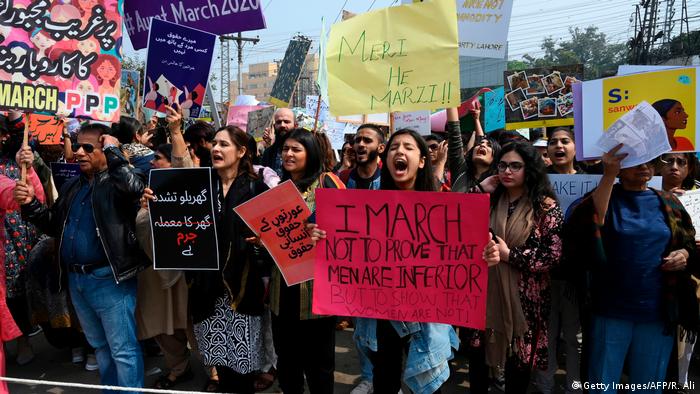 So you are saying that if you were a man, you would have been treated differently in Pakistan…

I think so. But again, it is about power relations. There was another viral video clip on social media involving Qamar. In that interview, he attacked a junior male anchor. So the fact that Qamar chose to remain silent when Hussain criticized him but went after a junior male reporter reveals power and gender dynamics.

I am a strong critic of the Pakistani military establishment and the religious right, and that is why I don't enjoy the same status in the country as a televangelist like Hussain does.

But many people accuse you of liking to "provoke" right-wing participants on TV. How would you respond to this criticism?

It is not an accusation; I do provoke toxic masculinity in people. By provoking these people, I bring the gender topics to the fore and generate a debate. All TV channels debate the topics for days. The same thing happened with the "my body, my choice" slogan that offended playwright Qamar so much.

I do. You see, Qamar's diatribe against me was not the main problem. I didn't take it personally. He has the right to offend too. What is not right is that these people think they have the right to objectify women.

Some people say that the feminist movement in Pakistan only caters to an affluent class of Pakistanis and is disconnected to the real issues of working class women. How do you respond to this criticism?

"My body, my choice" is an issue that is relevant to Pakistani women across all classes. When a woman is killed in the name of "honor," her body is attacked; when a woman is denied the right to choose her partner, her body and her choice are compromised; and when a woman faces domestic violence, her body is attacked. All other issues that our "Aurat March" (women's march) raised are equally important, but they all emanate from a deep-rooted misogyny in our society. Women do not have the agency over their own bodies and that is the main issue, in my opinion.

Is the women's rights movement gaining momentum in Pakistan?

It is definitely gaining strength. We should not be afraid of controversies. You cannot challenge the status-quo without being controversial. For the past few days, so many TV personalities have been "advising" us how to develop our communication strategy in order to reach out to the masses. They accuse us of being "exclusive." We are not being exclusive; we are saying what we need to say.

How would you respond to the term "liberal extremist" that is often used in Pakistan to malign rights activists?

The term doesn't make any sense to me because it is an oxymoron. I am a social democrat and I can tell you that liberalism teaches you to be tolerant to all ideas and ideologies. Liberals thus cannot be extremists. These kinds of labels are used by those who think that the demand for our right to participation in politics and the economy is an extreme demand. These people think that those who demand equality are extremists.

Pakistan ranks as the sixth most dangerous country in the world for women, with cases of sexual crimes and domestic violence recording a rapid rise. Activists blame society's patriarchal attitudes for the problem. (23.09.2019)

The government of Pakistan's Khyber Pakhtunkhwa province has reversed an order requiring female students to wear a burqa following a huge backlash. But some supporters want the veil imposed all over the country. (24.09.2019)