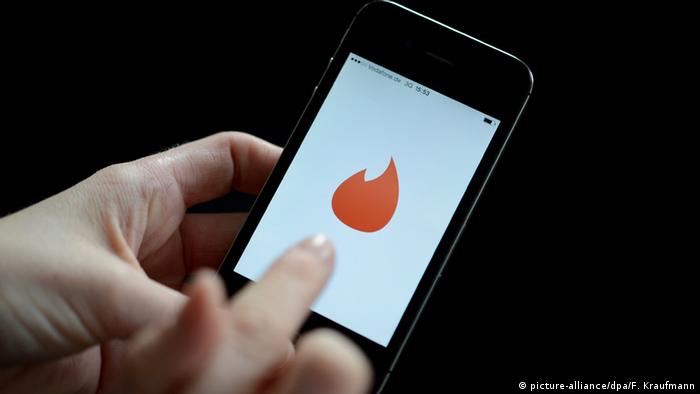 Faiqa is a 32-year-old entrepreneur in Islamabad, and, like many young single women around the world, she uses dating apps to connect with men.

Although casual dating for women is still frowned upon in socially conservative and heavily patriarchal Pakistan, attitudes are rapidly changing in the country's cities.

Faiqa has been using the dating app Tinder for two years, and she said although the experience has been "liberating," many Pakistani men are not used to the idea of women taking control of their sexuality and dating lives. Pakistani women are often expected to preserve a family's "honor."

"I've met some men on Tinder who describe themselves as 'open minded feminists,' yet still ask me: 'Why is a decent and educated girl like you on a dating app?'" Faiqa told DW.

India leads South Asia's online dating market, and Pakistan is slowly catching on. A study by the Indonesian Journal of Communication Studies found that most of Pakistan's Tinder users come from major cities including Islamabad, Lahore and Karachi and are usually between 18 and 40 years old.

Other dating apps are also growing in popularity. MuzMatch caters exclusively to Muslims looking for a date. Bumble, despite being relatively new to the online dating market, is a favorite among many Pakistani feminists, as women initiate the first conversation.

"There are fewer men on Bumble, therefore it somehow feels safer to use. Tinder is well-known and someone you know could see you, making it uncomfortable," said Nimra, a student from Lahore.

However, many young women in Pakistan use apps because it makes dating more private.

"With a dating app, a woman can choose if she wants a discreet one night stand, a fling, a long-term relationship etc. It is hard for women to do this openly in our culture, which is why dating apps give them an opportunity they won't find elsewhere," said Nabiha Meher Shaikh, a feminist activist from Lahore.

Exploring sexuality in a conservative society

"I don't care if people judge me. Society will always judge you, so why bother trying to please them?" she said.

However, not all female Tinder users are as open as Sophia. Most Tinder profiles of Pakistani women do not disclose their full identity, with photographs showing only cropped faces, close-up shots of hands or feet, faces covered with hair or only painted fingernails.

"If we put up our real names or photographs, most men tend to stalk us. If we don't respond, they find us on social media and send weird messages," said 25-year-old Alishba from Lahore.

She also pointed out dating double standards, explaining that married men on Tinder often use their "broken" marriage as an excuse to date other women.

Fariha, a 28-year old blogger, used Tinder for one year. "I always chose to meet men in public places until I felt safe. But one guy kept inviting me to his place. Men often assume that women will engage sexually if they keep asking," she told DW.

No more 'shaming and labeling'

The introduction of dating apps in Pakistan has also challenged taboos sparked debates over women's sexuality, consent and safe sex.

For some, the rising popularity of dating apps reveals the extent of the state's control over women's bodies and people's personal choices.

Secretary General Ameer ul Azeem of the Islamic party Jamaat-e-Islami told DW that "the girls and boys using these apps meet up secretly because they also have a realization that it's wrong."

"In the West, strict laws protect women from harassment. Women can't be protected during such secretive meetings in Pakistan if there is harassment, because these laws are absent."

Zarish, a Lahore-based artist, told DW women should "no longer be controlled by shaming and labeling." She said Pakistan has much "bigger issues" that are in need of urgent attention and therefore should stop obsessing over "what regular people do in their private lives."

"My individual choices and desires represent me as a person, not my family or society's honour," Zarish said.