Pakistan: How to approach the issue of rape amid a political controversy | Asia | An in-depth look at news from across the continent | DW | 27.07.2020

Pakistan: How to approach the issue of rape amid a political controversy

Rape allegations are generally not taken seriously in Pakistan, with some people even blaming the victim for having a political motive. At the same time, activists say that "false accusations" can harm local movements. 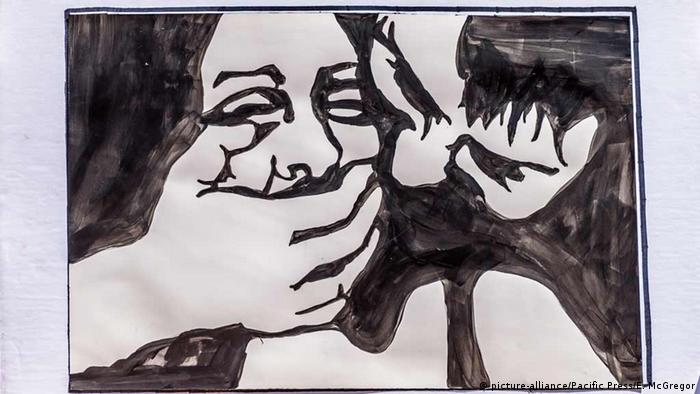 In 2005, then-Pakistani President Pervez Musharraf claimed that rape accusations were an easy way to make money.

"You must understand the environment in Pakistan... This has become a money-making concern. A lot of people say if you want to go abroad and get a visa for Canada or citizenship and be a millionaire, get yourself raped," Musharraf told the Washington Post in an apparent reference to the rape case of Mukhtaran Mai.

Mai, an illiterate woman, was gang-raped in June 2002 on orders of a "panchayat" (village council) as "punishment" for her younger brother's alleged illicit relations with a woman from a rival tribe. The rape made international headlines, with women's rights groups demanding justice for Mai and punishment for the rapists.

Local and international rights organizations slammed Musharraf's statement and demanded an apology. They accused him of trivializing a heinous crime. Musharraf justified his remarks by saying he had only expressed a commonly held opinion rather than his own.

Activists say rape allegations are seldom taken seriously in the Muslim-majority South Asian country, with some people accusing "immoral women" of "deserving" the assault. It is also common for people to bring the accuser's background and political affiliation into the rape discussion.

In 2017, Ayesha Gulalai, a former member of the Tehreek-e-Insaf (PTI) party, accused the current Pakistani Prime Minister Imran Khan of sexual harassment. She alleged that Khan sent her inappropriate text messages in 2013. Khan's party denied these allegations and PTI workers unleashed a social media campaign against Gulalai, accusing her of having a "political agenda" to malign their leader.

Sexual harassment is a 'crime'

In Pakistan, the terms "agenda" and "character" are often used to discredit women who speak out against sexual harassment. "Why is the woman talking about harassment and rape after such a long time?" is another excuse that is used to undermine the severity of allegations.

Women's rights activists say that allegations of sexual assault need to be taken seriously irrespective of their timing and the surrounding political controversy.

"There is no 'right' or 'wrong' way to address sexual harassment or rape allegations. They are crimes under the law. Evidence is required to prove allegations, no matter when the alleged crime occurred. Political considerations must not interfere with the rule of law," Tahira Abdullah, a veteran women's rights activist, told DW.

"Sexual harassment is a crime and it needs to be addressed under Pakistani law," she added.

After the center-left Pakistan People's Party (PPP) came to power in 2008, it introduced several laws to combat sexual harassment and violence against women. However, legal experts say the laws use dubious terminology to define sexual crimes.

Osama Malik, a criminal law expert, is of the view that judges, police officials and investigation agencies are not properly trained to deal with sexual harassment cases.

"If a woman says she has been sexually harassed, she must be taken seriously. At the same time, she needs to prove her allegations in the court of law. Nobody is allowed to misuse law. If the allegations are proved in the court, the culprit must be punished," Farzana Bari, an Islamabad-based women's rights activist, told DW.

"If some women start misusing sexual harassment laws for political gains, it will damage the women's rights movements," Bari added. "It will eventually harm women who are genuinely harassed and are the real victims. They will not be taken seriously then."

Pakistan ranks as the sixth most dangerous country in the world for women, with cases of sexual crimes and domestic violence rapidly on the rise. Activists blame society's patriarchal attitudes for the problem.

In the past few years, the #MeToo movement has taken hold in Pakistan, with many women taking to the streets to demand their rights.