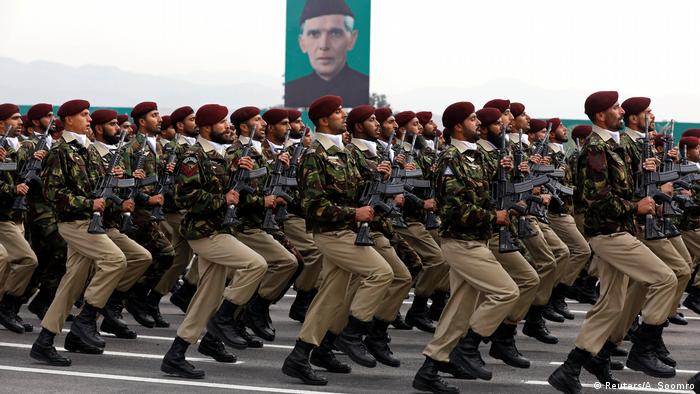 Pakistan's military paraded missiles, tanks and aircraft on Saturday in an apparent show of strength towards neighboring India following last month's deadly attack in the disputed region of Kashmir.

Troops marched through the streets of the capital, Islamabad, while warplanes staged acrobatic flyovers, to mark the country's Republic Day.

The parade, watched by Malaysian Prime Minister Mahathir Mohamed, who was guest of honor, included an air show featuring the Pakistani-built JF-17 fighter jet. One of the aircraft shot down an Indian plane last month.

Security was tightened for the ceremony, which took place during one of the lowest points in relations between the two nuclear foes in recent years.

Last month, a suicide bomb attack claimed by a Pakistan-based militant group killed 40 Indian paramilitary police in the Indian-controlled portion of Kashmir. In retaliation, the Indian air force launched an airstrike inside Pakistan, saying it was targeting militants who carried out the attack.

The next day, Pakistani warplanes engaged in a dogfight with Indian aircraft over Kashmir in their first airborne clash since their last war in 1971. Pakistan then shot down two Indian air force planes. One pilot was captured and later released as a peace gesture. India says it lost only one plane. 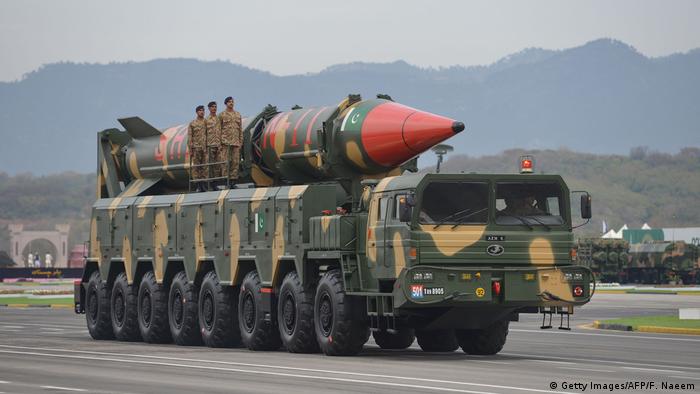 Pakistan's military showed of its long-range ballistic Shaheen II missile, among others

Speaking at Saturday's ceremony, Pakistani President Arif Alvi insisted that India had been irresponsible for blaming Pakistan for the suicide attack without evidence.

But in an apparent easing of tensions, Alvi insisted that Pakistan wanted peace with its neighbor and that the country's war was against hunger, poverty and unemployment. "Let's end the hatred and sow the seeds of peace in this region for the prosperity of the people," he said.

Indian Prime Minister Narendra Modi offered his "greetings" and "best wishes" to the Pakistani people ahead of Saturday's celebrations.

The dispute over Kashmir sparked the first two of three wars between India and Pakistan after both countries became independent of the British Empire in 1947. They fought the second in 1965, and a third, largely over what become modern-day Bangladesh, in 1971.

Militant groups have waged an insurgency in Kashmir against Indian rule for 30 years. Many want independence or a merger with Pakistan.

After visiting troops in Afghanistan, German Foreign Minister Heiko Maas has arrived in the Pakistan capital for talks. Violence in Kashmir and a tense security situation in neighboring Afghanistan are on the agenda. (12.03.2019)

The Pakistani government is clamping down on militant outfits that the UN views as terrorist groups. Previously, a Kashmir terror attack put the country on the brink of war with India. (05.03.2019)

Tensions have escalated between India and Pakistan after New Delhi launched airstrikes in Pakistani territory. DW takes a look at the turbulent history between the nuclear-armed neighbors. (27.02.2019)