A new reconstruction of the 2005 burning death of Oury Jalloh in a police cell has again underlined flaws in the official explanation. The Sierra Leonean man's family believe original investigators obstructed justice. 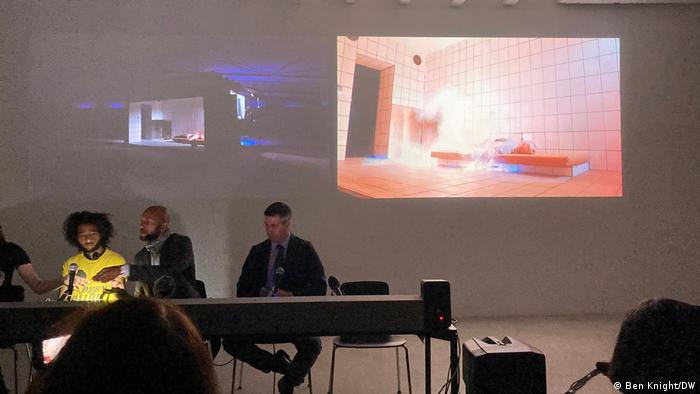 German police officers must have poured gasoline or another ignitable liquid on Oury Jalloh and set him on fire while he was in his cell, according to investigators who mounted a new reconstruction of the 36-year-old Sierra Leonean's death in the eastern German city of Dessau in 2005.

The experiment, commissioned by the Oury Jalloh Initiative and carried out by British forensic scientist and fire specialist Iain Peck, was shown on film at a press conference in Berlin on Wednesday.

Activists have come to see Jalloh's death as one of the most egregious cases of Germany's failure to confront racist police violence, and the emotional toll of the 16 years of legal battles and campaigning was evident at the press conference. Jalloh's brother Saliou spoke at the beginning of the event, but could not continue for long before breaking down in tears. He left before the film was shown.

The reconstruction was the most accurate yet of the events in cell 5 at the Dessau police station on January 7, 2005. It involved both a movement test with a young man of similar height and build to Jalloh, to see how far he could move his shackled arms and legs in a carefully reconstructed cell, and a restaging of the fire itself, using a dummy made out of a plastic skeleton covered with pork, offal, and pigskin. 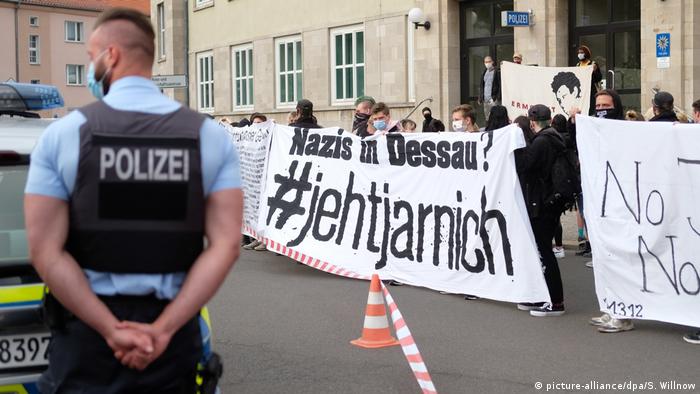 Activists are convinced that the killing in Dessau was racially motivated

The investigators found they could only recreate the previously documented aftermath of the fire – the almost completely burnt body, the heavy smoke residue left on the tile walls – by pouring 2.5 liters (5.3 US pints) of gasoline over the dummy. Peck could not say for sure whether more or less liquid, or a different type of liquid, was used, but said it was impossible to cause this kind of fire with a lighter, which remains the official explanation of the death.

Peck concluded that Jalloh, who had been shackled by his hands and feet to a small platform with a mattress, "had neither the range of motion nor any other means of setting the mattress on fire himself." Not only that, smoke residue on the walls of the cell and in the corridor outside showed that the cell door must have been open for most of the 30 minutes that the fire burned.

"I think the filmmakers and the initiative did an amazing job of recreating the cell and recreating the mattress, recreating the conditions," Peck told DW. "The results speak for themselves. I think visually you can see that the damage is fairly similar."

The circumstances of Jalloh's death have long been seen as suspicious. Dessau state prosecutors' files leaked to public broadcaster ARD in 2017 revealed that several forensic experts had concluded that a killing was more likely than a suicide, and that Jalloh was either dead or unconscious when the fire was lit.

In 2019, German media reported that a new investigation found that Jalloh had suffered serious injuries – including a cracked skull, a broken nose, and a broken rib – while in the cell. That assessment was also commissioned by the Oury Jalloh Initiative and carried out by a Frankfurt-based pathologist.

Nevertheless, the prosecutors' investigation was closed for lack of evidence, and a 300-page independent report commissioned by the Saxony-Anhalt state parliament concluded in 2020 that though the police's actions at the time were flawed and "unlawful," there were no grounds for a murder investigation.

But Jalloh's family hope that the latest reconstruction will provide a new legal impetus. Nadine Saeed of the Oury Jalloh Initiative said that the latest reconstruction underlined how flawed the official explanation is. "This is the first time that we could carry out the movement tests in a reconstructed cell, and confirm that Oury Jalloh's possibilities weren't enough to set fire to the mattress," she told DW. "That is physically impossible, and it means that the state prosecutors' theory can be ruled out." 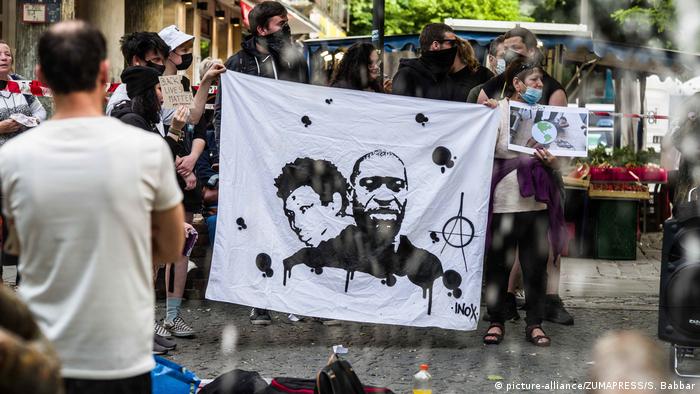 Beate Böhler, the lawyer for Jalloh's family, said that the family now intends to file new obstruction of justice charges against senior public prosecutors in Saxony-Anhalt. Böhler also noted another insight yielded by the latest reconstruction: Peck pointed out that it was impossible to ignore the smell of gasoline in the aftermath of the fire – something the original investigators did not mention at all in 2005.

"And yet there has been no investigation in this direction," said Böhler. "To do that you have to deliberately avoid investigating and ignore the evidence."

Also present on Wednesday was Jalloh's friend Mouctar Bah, a shopkeeper in Dessau who had seen the Sierra Leonean on the evening of his death. "I was deeply, deeply shocked when I saw these pictures," he told DW. "The fact that he was burnt like that — I can't go two seconds without thinking about him, what it was like in that cell. Just because of his skin color? It makes me sad."

"He was a friendly person, a funny person, someone who talked about politics a lot," Bah said. "And he was so open. We used to eat together, and he'd bring along Spanish people, Jewish people, German people, Vietnamese people — and we used to ask him: Where do you find all these people? All that hasn't let me go until today."