In 2005, Sierra Leonean asylum-seeker Oury Jalloh was found burned to death in his German jail cell. Critics suspected foul play — and a new report concludes that officials made mistakes at all levels. Two independent legal advisers published their findings Friday on proceedings surrounding the death of asylum-seeker Oury Jalloh, who burned to death in a cell in police custody in the eastern German city of Dessau in 2005.

Green party parliamentarian Jerzy Montag and former Munich state prosecutor Manfred Nötzel had been commissioned by the state parliament of Saxony-Anhalt and spent eight months going through 1,000 pages of documents on the case. 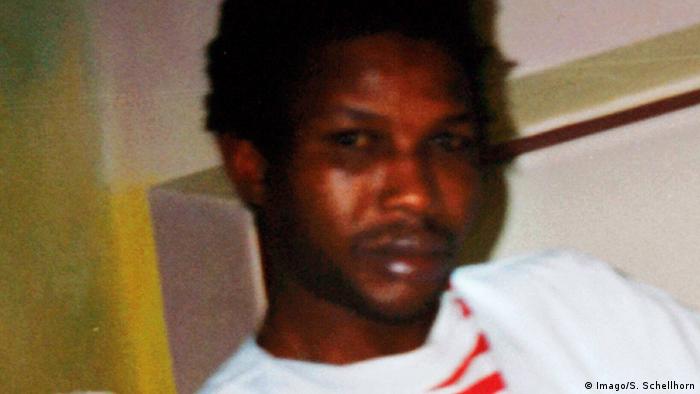 Jalloh's case is well known in Germany. He left war-torn Sierra Leone in 2000 and made his way to Germany, where he applied for asylum; his application was rejected, but Jalloh stayed in the country.

Jalloh was tried but not convicted on a count of drug trafficking in December 2004. Then on January 7, 2005, Jalloh was taken into custody in Dessau after allegedly harassing two women while under the influence of drugs and alcohol.

Hours later, the charred remains of Jalloh's body were found in the cell where he was held. His wrists and ankles had been cuffed to the mattress on which he lay. Tests conducted at the time concluded that there were high amounts of alcohol and cocaine in his body.

Police said Jalloh had taken his own life by igniting his mattress with a lighter. Questions arose about why the fire was not discovered by police and why the fire alarm had been ignored or disengaged. It was also unclear where Jalloh had acquired the lighter and police were unable to immediately produce the lighter as evidence.

In the course of the trials, evidence emerged that there had been two further deaths in custody in the same police station in Dessau. 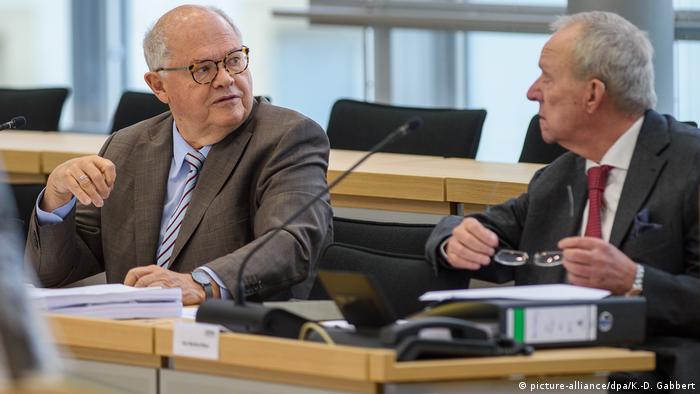 The two investigators concluded on Friday that Oury Jalloh's death would have been avoidable if all rules had been followed. From when he was arrested to his actual death every measure undertaken by the Dessau police officers was either "illegal" or "flawed" they said.

Jalloh, they argued, should not have been held in custody for many hours, as his identity was clear. If he had been released earlier, he would likely not have died.

Montag and Nötzel also stated that evidence — specifically the lighter that caused the fire — had not been treated with sufficient care.

The investigators concluded that the 2012 verdict of involuntary manslaughter against the police officer in charge when Oury Jalloh died was indeed justifiable. They also did not question the legality of ending proceedings in October 2017 because of lack of evidence.

They did, however, conclude that the Justice Ministry should have informed parliament ahead of time and found indications that the state prosecutor at the time may have intentionally withheld information on the investigation.

The report marks the latest turning point in the controversial case that has dogged the German justice system and police force for 15 years.

Court cases in 2008 initially acquitted the police officer in charge, but after a series of appeals, the final 2012 verdict found him guilty of involuntary manslaughter. He was fined €10,800 ($12,040).

In 2014 a new trial was opened after a report found that it would have been impossible for Jalloh to set fire to the mattress to which he was tied, as officers claimed. The trial ended in 2017 because of a lack of evidence. 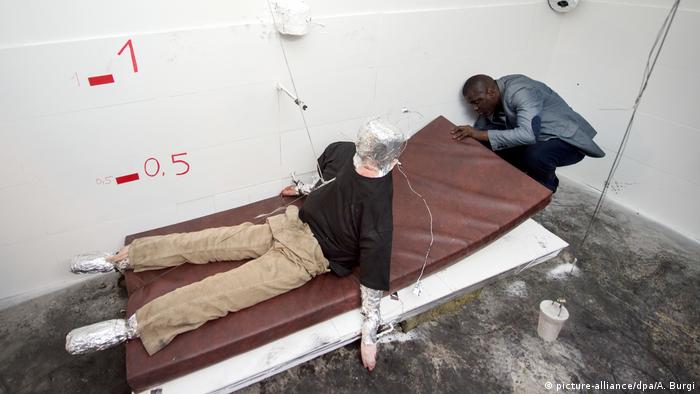 Investigators in 2016 tried to recreate the circumstances of Jalloh's death

A 2019 medical report, commissioned by the family of Jalloh, indicated several bones were fractured before he died, suggesting he was tortured before his death. Doctors from a clinic at the Goethe University in Frankfurt examined radiological images of Jalloh's body and conducted an autopsy. It was already known that Jalloh's nasal bone was broken when his body burned, but the new medical report showed that he had a broken rib and fractures to his septum and the base of his skull.

A court ruled this inadmissible as evidence.

Jalloh's case received new attention in June 2020 with protests against police violence and racism in Germany sparked by the US Black Lives Matter movement.

Dessau is notorious for two brutal deaths of Africans in separate incidents — one of which occurred in police custody and remains unresolved. Even today, few of the city’s white residents see racism as a daily problem.

A new reconstruction of the 2005 burning death of Oury Jalloh in a police cell has again underlined flaws in the official explanation. The Sierra Leonean man's family believe original investigators obstructed justice.

An artist takes on one of Germany's most notorious deaths in custody 26.11.2021

Oury Jalloh was an asylum seeker from Sierra Leone who burned to death in a police cell in Dessau in 2005. Now video artist Mario Pfeifer is throwing new light on the case in a project which involved commissioning a forensic fire investigator to reconstruct the circumstances of the fire. He spoke to Inside Europe's Kate Laycock.