Opposition′s infighting plays into Assad′s hands | World | Breaking news and perspectives from around the globe | DW | 16.07.2013

Moderate and jihadi groups have for months battled together in the attempt to overthrow President Bashar al-Assad's regime. But in recent weeks, infighting amongst opposition groups has become more frequent. 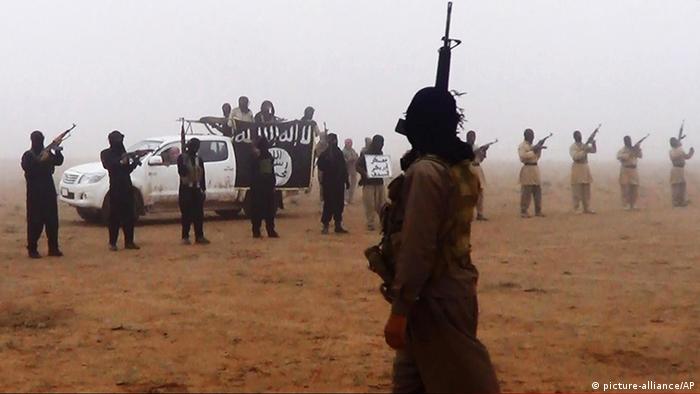 The clashes among Assad opponents have intensified in the wake of the recent killing of a leading Free Syrian Army (FSA) commander by a jihadist group. The FSA said Kamal Hamami, a member of the opposition's Supreme Military Command, was shot dead by al-Qaeda militants in the coastal province of Latakia.

Hamami's killing follows rising tensions over the past year between moderate-secular and extremist jihadist fighters in Syria who share the one goal of ousting Assad - but have different long-term objectives.

Rather than a "singular movement working in unity to overthrow President Assad," wrote the US-based non-profit think tank Center for American Progress in a May 2013 report called 'The structure and organization of the Syrian opposition', "the Syrian armed rebellion […] is more accurately described as an array of ideologically diverse and uncoordinated brigades and battalions with limited areas of operation."

Battle for terrain and control 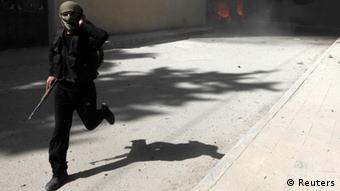 Jabhat al-Nusra is the strongest jihadi rebel group in Syria.

The division within the opposition is nothing new as such, but it has become ever more apparent and seemingly unbridgeable, says Marc Pierini from Brussels-based think tank Carnegie Europe. "The Syrian opposition has long been fractured, especially on the military side, and things have only got worse in recent weeks," Pierini told Deutsche Welle. "It's a battle for terrain and for control. It's a dramatic development."

The Syrian Observatory for Human Rights, a pro-opposition monitoring NGO based in Britain, said that the clashes in recent months between opposition members have largely focused on border crossings with Turkey and vital installations, like water wells, petrol stations and checkpoints in the north.

The longer the conflict lasts, says Pierini, the more tension there is within the opposition over the little funding available and over the desired post-Assad policy for the country, should the civil war be successful in the end.

The situation for Christians in Syria is often unpleasant. Priests have been murdered and two bishops remain missing. Now aid workers are being targeted - putting humanitarian help at risk. (07.07.2013)

Extremist Islamic groups, including al-Qaeda affiliates like the al-Nusra front, have been the most effective fighting force on the opposition side in the past year, and they have led many of the attacks that led to the capture of military bases, towns and villages.

According to Pierini, their success is partly explained by the fact that those groups tend to be better funded than their secular counterparts, which are recognized by Western states - but only receive very limited support.

When interviewed by Deutsche Welle in December 2012, Pierini was hopeful that the formation of Syria's National Coalition a month earlier was "a crucial step toward the transition to a post-Assad regime." At the time, he saw it as a sign that the opposition was at last overcoming its inner divisions.

The National Coalition of Syrian Revolution and Opposition Forces, also known as the Syrian Opposition Coalition (SOC), was set up in November 2012 and was designed as a moderate umbrella group representing the majority of activists, militia, and local councilmen in the Syrian opposition.

In theory, the report by US think tank American Progress said, "the formation of the SOC would […] allow the Syrian opposition and the international community to isolate and marginalize more extremist elements of the rebellion."

But since it was set up and recognized by Western partners in 2012, the SOC has unsuccessfully tried to bring the different groups to agree on a common political position, and its military counterpart, the Supreme Military Command, has failed to unite the fighters around a unified command. "Not all of them have identical objectives," Pierini explained. "Some of them are for establishing an Islamic state - which the West doesn't agree with."

‘Russia is allowing the war to go on' 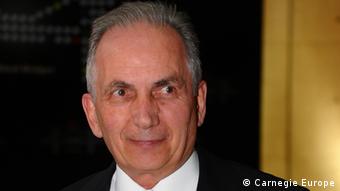 Syria has been flooded with extremist foreign fighters since the summer of 2012, who see the civil war in Syria as part of a global jihad. But Pierini said that the real danger lies elsewhere. "They exist, and they're dangerous," he told DW, "but the main factor for concern is the fact that Russia is allowing the war to go on."

Pierini said violence in Syria - between pro-Assad and anti-Assad fighters as well as between opposition fighters - will likely escalate further unless Russia stops resupplying Assad's forces, which it currently does on a weekly or bi-weekly basis.

While it was clear from the beginning of the uprising that the opposition was far from united, said Pierini, Western states probably underestimated two other factors when they decided to remain inactive. "One is that the Assad regime has no inhibition about violence and can probably envisage surviving in a limited partitioned Syria." And secondly, said Pierini, "Western countries probably didn't believe that Russia would stand firm this long and this strong."