We are currently witnessing a reckoning with dictators and racists of long-gone eras, such as Leopold II of Belgium. But resistance to present-day examples of such individuals is rare, says Alexander Görlach. 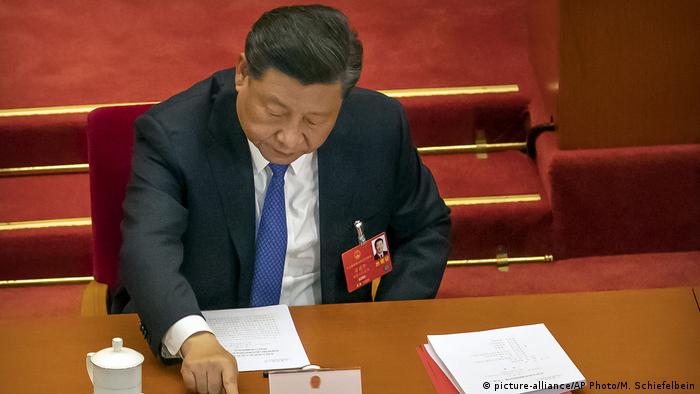 King Leopold II was one of the cruelest agents of a perverted, violent and murderous colonialism. The Belgian monarch turned the occupied Congo into his private dungeon in which people were exploited, harassed and degraded. Joseph Conrad's 1899 novel Heart of Darkness describes the depredations committed by the king. Today, there are few who will deem such a person worthy of a monument anymore.

Foreign Policy magazine reports that Chinese President Xi Jinping and the country's elite have come up with new stratagems to further oppress the already fiercely oppressed and imprisoned Uighurs in northwestern China. According to the magazine, Beijing has ordered between 14% and 34% of women between the ages of 18 and 49 to be sterilized in a bid to decimate the Muslim minority and ultimately make it inferior to an even larger number of people of the Han ethnicity.

Reminders of the worst chapters in history

This is reminiscent of the eugenics practiced during some of the worst chapters in history, and it should really cause the free world to stand up to the Chinese autocrat Xi Jinping. It is no secret that up to 2 million Uighur Muslims are imprisoned in camps for which Xi is responsible. In documents leaked to the New York Times from within China's Communist Party, the dictator is quoted as saying that he is "showing no mercy" towards the Uighurs.

Just as with the Tibetans, the People's Republic wants to erase the heritage of a people Beijing claims has settled on Chinese soil. Whatever the historical facts, however, it goes against human rights to destroy temples and mosques dear to this people, to ban their language and to have a Han Chinese placed in their homes to spy on them and report whether the Uighurs are pious Muslims.

In Hong Kong, the world has recently witnessed how China asserts authority over people using fear and the prospect of life imprisonment and deprives them of their rights. In fact, democracy, the rule of law and freedom of expression are meant to stay in force in the autonomous city until at least 2047, according to treaties to this effect signed by communist China. However, the people of Hong Kong are Cantonese, so as far as Beijing is concerned, they are, like the Uighurs, a lower-class people. Under President Xi, the city has been mercilessly beleaguered and is now in a virtual state of collapse.

The Neue Zürcher Zeitung revealed a week ago that once Beijing has subjugated the minorities in its own country, it plans to expand its influence in the entire region. And after that, according to the report, which is based on the statements of an eyewitness, the Communist Party has set its sights on the US, Japan and Europe. Beijing, the paper writes, is determined to subjugate the rest of the world and keep it under its thumb.

One main reason Xi Jinping can be compared with King Leopold II is that the People's Republic of China today, like Belgium back then, does not face significant resistance. At any rate, representatives of Islamic countries who complained in Beijing were sent home humiliated after having their dependence on the New Silk Road pointed out to them. There is no protesting against Beijing. That is why people fear China everywhere in the world — even in Germany.

Here, the shocking developments in the People's Republic have not yet led to any change in policy toward China. At a time when we are making such an effort to deal with the dictators and murderers of the past, we should not lose sight of the fact that their modern-day counterparts are active in the here and now — that even today they destroy the lives of millions of people and threaten everyone's freedom.

Liverpool to host Eurovision 2023 2h ago

Human trafficking on the rise in Germany 3h ago

Opinion: 2022 Nobel Peace Prize a slap in the face for Vladimir Putin 3h ago