Hong Kong's leadership has warned "radicals" against violating a new security law imposed by the Beijing on the territory. Police powers have also been expanded, including search and seizure without a warrant. 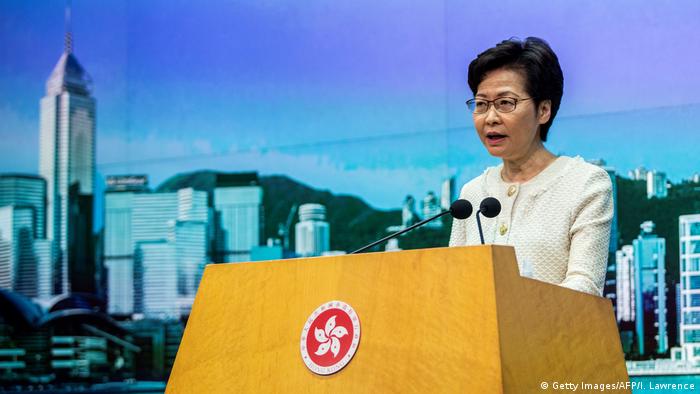 The new legislation targets what authorities in mainland China define as secession, subversion,terrorism and collusion with foreign forces. Those violating the law could face up to life in prison.

"I forewarn those radicals not to attempt to violate this law, or cross the red line, because theconsequences of breaching this law are very serious," Hong Kong Chief Executive Carrie Lam told a press conference Tuesday.

There is widespread concern that crackdowns on public dissent and free speech, similar to what is seen in mainland China, will soon be carried out in Hong Kong under the law.

Not 'gloom and doom'

Lam, who leads the city's chief executive that is packed with Beijing loyalists, tried to assuage the gloomy predictions for Hong Kong's future.

"Surely, this is not doom and gloom for Hong Kong," Lam said, adding that as the "facts" become clear over time, "confidence will grow in 'one country, two systems' and in Hong Kong's future."

Lam also insisted that the legislation was "mild" and the scope would not be as broad as in mainland China.

After the law was put in force last week, hundreds of people were arrested in protests thge next day. At least 10 arrests were made for violations of the law.

"Psychologically, most of us are prepared to go to prison for a long time," Avery Ng, a leader of a pro-democracy protest group, told DW.

"We are not going to change what we have been doing for years, it depends on the level of suppression we are going to see in the future," he added.

Late Monday ahead of Lam's press conference, additional details of the security law were issued by the city government detailing the measures the Hong Kong police forces can take to implement the legislation.

These include the sweeping authority to seize electronic devices and enterproperty without a warrant under "exceptional circumstances."

Police can also freeze assets and confiscate property if there are "reasonable grounds" to suspect items are connected to offenses "endangering national security."