The pandemic has devastated airlines all around the world. Now, the German state has swept in to save one of them: Lufthansa. That's a good thing, but not necessarily in the long term says Henrik Böhme. 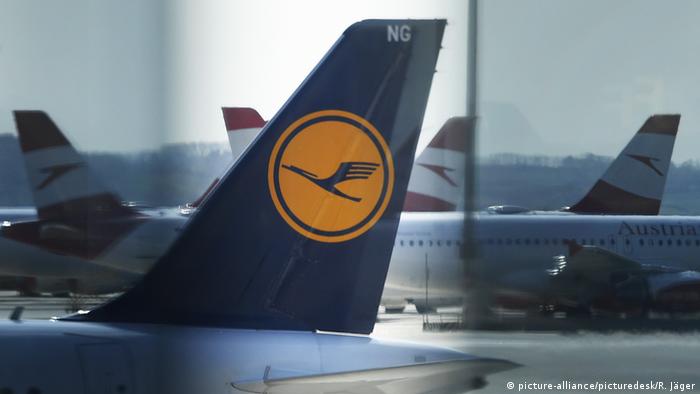 Governments aren't very good at running businesses. But they need to create the right environment in which business can thrive. And it needs to intervene when things get out of hand, just like they are right now at the country's meat factories. And of course, the state is never more needed than at a time of crisis. It needs to pump back the billions it has received in taxes to keep the whole show on the road.

It is tempting for governments to take advantage of such a situation, to do things that would be much harder to get away with when the crisis has passed. For example, after the global financial crisis, banks were rightly reined in. But one thing that endured for a very long time was near zero-level interest rates. That hit many banks very hard, none more so than Germany's two largest private banks, Commerzbank and Deutsche Bank.

When the model is broken

German taxpayers bailed out Commerzbank during the crisis a decade ago to the tune of €18 billion ($19.6 billion). The government took a 25%-plus-one-share stake, the only way it could save the bank after its disastrous takeover of Dresdner Bank a year earlier. This is all worth bearing in mind when we talk about what is happening right now with Lufthansa.

Europe's largest airline in revenue terms, Lufthansa has taken a massive hit during the coronavirus crisis. Out of nowhere, its core business has been shattered. Around 95% of its fleet is on the ground. Instead of flying 350,000 passengers a day, it flies around 3,000.

The result is that the reserves it had before the crisis are melting away like snow. At the moment, Lufthansa is losing around €1 million per hour. Add this to its tanking share price and you have a company losing market value so fast that there is a real risk it will be "relegated" from the top division of Germany's stock exchange, the DAX.

So what's to be done? An investor keen to make a bargain is welcome. But that could invite the Chinese, eager to grab some of the German family silver. A solution closer to home is preferred and that means the state. This is hardly unfamiliar territory for Lufthansa. It's just 23 years since the German state last held shares in the airline. Now, it's getting on board again.

The deal is not yet fully over the line. It was always going to be too contentious for a quick resolution.

Lufthansa boss Carsten Spohr drew a red line early on: state money yes, state management no. On the government side, the approach was far from united. The SPD, junior partners in the grand coalition, wanted the state to have a say in business decisions. That ought to be avoided. The state's entry should happen only to stabilize Lufthansa in a crisis not of its making. And when the crisis has passed, a swift retreat should be the first item on the agenda.

The thing is though, there is a pretty big catch here. No one knows when the pandemic will be truly contained. When and if the aviation business will ever be "back to normal" is even more uncertain.

Flying will likely face a future of hygiene controls as strict as existing security controls. That means longer queues and longer waiting times. And, due to the explosion in video conferencing that the pandemic forced, as well as the need for companies to save money, many business trips once thought necessary will no longer take place.

A trained pilot like Spohr knows this. Restarting will be a loss-making exercise. By 2023, Spohr hopes Lufthansa will have reduced its fleet by around 100 planes. That's optimistic. Were the state to leave too quickly, Lufthansa might expect even bigger reductions.

Which brings us back to Commerzbank. The government has long wanted to sell its stake but with the bank's share price on a constant downward plunge, nobody in Berlin has the courage to sell the existing 15% stake as it would come at a huge loss to the taxpayer.

That should help us realize that once on board, the state will not be disembarking from Lufthansa anytime soon. None of this is really good news. But there are no better options out there right now.

Lufthansa is seeking a €10 billion bailout that would give the German government a massive stake in the airline, Der Spiegel reports. The German flag carrier has said it is losing €1 million an hour due to the pandemic. (01.05.2020)

The German airline disclosed €1.2 billion in losses for the first quarter of 2020 as sales fell by 50% in March alone. State loans from Germany, Belgium, Austria and Switzerland are likely to rescue the company. (23.04.2020)

Lufthansa boss Carsten Spohr would like to receive state support, but does not want state management. His motivation becomes clearer when one takes a look at France. (04.05.2020)

The €2.14 billion capital increase will shore up the German flag carrier's finances and help pay off a government bailout secured at the height of the COVID-19 pandemic.