The German airline disclosed €1.2 billion in losses for the first quarter of 2020 as sales fell by 50% in March alone. State loans from Germany, Belgium, Austria and Switzerland are likely to rescue the company. 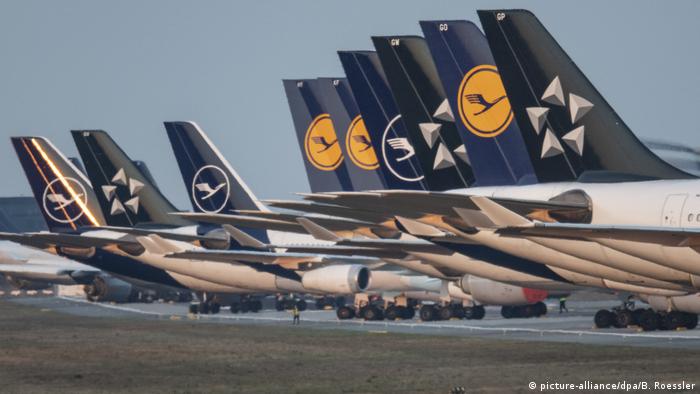 German airliner Lufthansa published an interim report on its financial woes on Thursday, reporting a first quarter operating loss of €1.2 billion while the vast majority of its fleet is grounded.

But liquidity could prove the company's more immediate problem. Bosses said they had secured liquid reserves of around €4.4 billion with fresh borrowing, but cautioned this might only last weeks and said they doubted they would be able to borrow more.

"We are losing about a million euros in liquidity reserves per hour. Day and night. Week by week," CEO Carsten Spohr said.

The company said it was nevertheless "confident" it would receive government help.

"The business outlook, existing multi-billion liabilities... and refunds of cancelled tickets as well as upcoming repayments of financial liabilities," will make government support imperative, the firm said in a statement. They added that the company was in "intense negotiations" with the governments not only of Germany, but also of Austria, Belgium, and Switzerland – home to subsidiaries Brussels, Austrian, and Swiss airlines.

As the coronavirus crisis wreaks havoc on the air travel industry, Lufthansa's preliminary financial results showed that revenue fell by 18% from January to March compared to the same time in 2019. Just in March, sales fell by almost 50%, amount to 1.4 billion dollars in lost revenue.

Typically, Lufthansa would carry 350,000 passengers a day. Today that number is down to about 3,000 with only around 5% of its regular flights still in the skies. 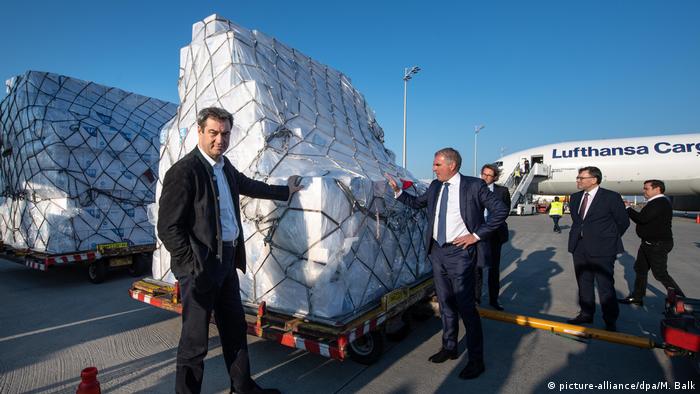 Parts of Lufthansa's services, not least delivering medical masks to Bavaria, remain of some use during the pandemic lockdown

However, the company's confidence in securing a bailout seems not to be misplaced. Insiders told Reuters news agency that the air giant would be receiving an aid package of up to €10 billion ($10.8 billion) in state loans from the four countries.

The company pushed back plans to publish its full financial report, which had been set for release on April 30, to mid-May. Lufthansa also announced on Thursday that it would continue to operate by its slimmed-down emergency flight plan until at least May 17.