Air traffic takes a nosedive: Eerie silence in the skies | Business | Economy and finance news from a German perspective | DW | 01.04.2020 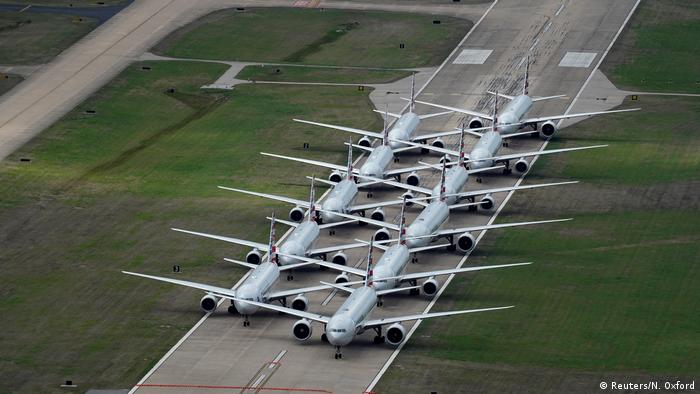 The tiny yellow aircraft symbols speak volumes. Anyone familiar with the flight-tracking website Flightradar24 knows the scores of miniature aircraft on the interactive world map, swarming all over the globe like insects. Usually it's fascinating to watch the pulsating traffic patterns and movements between continents, varying according to local times and peak hours.

Currently, a look at global flight activities reveals an eerie picture as the swarms have all but disappeared. Clicking on the plane symbols allows users to identify what is still in the air — it's mainly cargo aircraft, planes bringing home stranded tourists plus a handful of remaining regular flights.

Exactly 101 years after the world's first international scheduled air connection in February of 1919, the new coronavirus has almost brought the world air transportation system to a virtual standstill.

It's a disruption bigger than that witnessed during World War II. A look at the southern parts of Africa is particularly frightening: Not a single yellow aircraft can be spotted in the skies, since South Africa and its neighboring countries have radically shut down their airports and airspace. 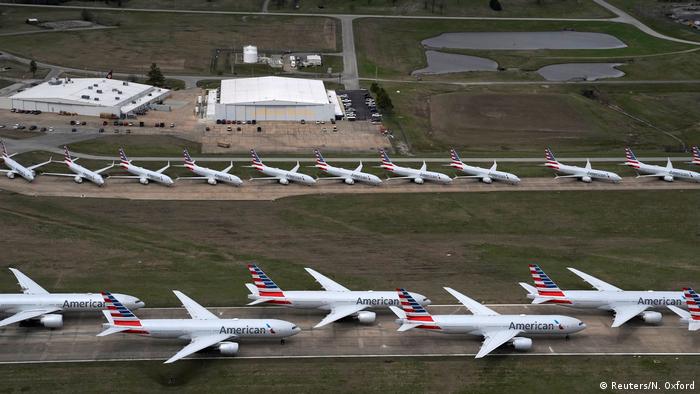 This is a dent of a scope never seen before. Worldwide, there are about 25,000 airliners, at any given time there are usually over half a million people in midair. This equals about 6 million passengers daily or 0.01% of the entire world population.

Currently flight operations have been cut back by 80% globally, in some areas even by 90%. Lufthansa CEO Carsten Spohr noted that "the world will be a different one after the crisis," and that's particularly true for aviation. Nobody can say which airlines will even exist anymore after a forced lockdown of probably a few months.

"On average, airlines can survive this for two months," says IATA, the organization of scheduled airlines in Geneva, "some much less." About 30 bigger airlines worldwide are deemed at an especially high risk, as they have been in trouble even before the coronavirus scare. 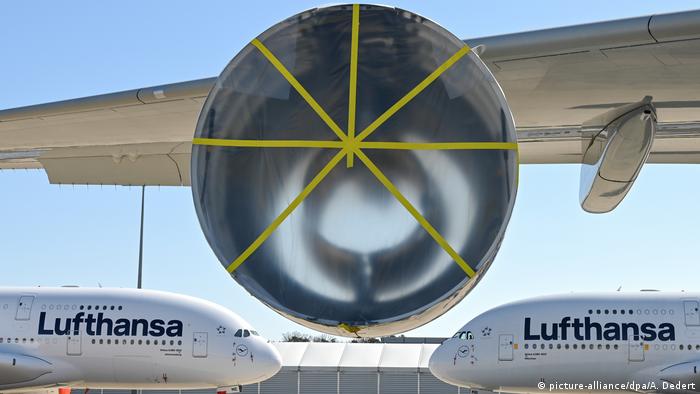 An Airbus A380 in parking position at Frankfurt Airport

"The risk is airlines run out of cash before recovery arrives," said IATA Chief Economist Brian Pearce on Tuesday, "even at year end, we will not be back to where it was." In the second quarter of 2020 beginning April 1, the airline industry will burn an estimated $61 billion in cash, according to Pearce, of which $35 billion will be for refunds due to unused and now useless but already paid-for tickets.

After logging a profit of $7 billion in the second quarter of 2019, IATA now expects losses totaling $39 billion globally for the same period this year.

For airlines, there are fixed costs accumulating even if their aircraft are not in the air but all grounded. Payments are due in terms of depreciation, insurance and leases in any case, but also administrative and maintenance costs have to be covered.

Still work to do

Contrary to popular belief, there are considerable maintenance costs for parked planes, too. When a jet hasn't been in the air for seven days, it has to be prepared for prolonged parking.

Protective covers have to be put in place where required. The brakes need to be kept dry. Manufacturers order checks at intervals of seven, 15 and 30 days. These include functional tests as well as engine runs.

Every week, each aircraft has to be moved slightly to prevent the tires from flattening. Every three months, a parked aircraft even has to be flown once. The required maintenance operations keep the majority of the engineers at Lufthansa Group and others busy during the crisis, with staff at the German company generally on short-term work.