Latin America is joining the global ranks and closing its borders due to COVID-19. Many Germans have been desperately trying to get on one of the few flights back to Europe. It's a chaotic ride. 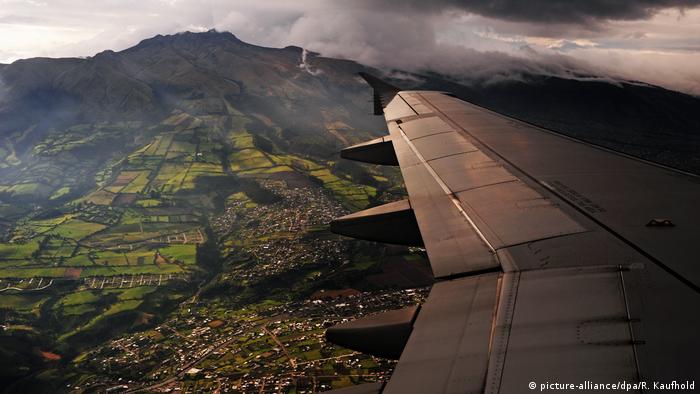 Sunday was also the day that a 30-day ban on all foreign air traffic to and from Peru was to go into effect. The goal: fighting the spread of the coronavirus. For Kara, a university student from Hamburg, the flight to Quito was her last chance to get back home.

"Airline staff in Lima said they thought the same flight restrictions were also in place in Ecuador," Kara said. "One LATAM Airlines employee told me I was taking my chances by flying to Quito. She told me I might have to go into a 14-day quarantine there."

Kara decided to take her chances. She had quickly booked a connecting flight that night from Quito to Spain. Her gamble paid off. She found out that the quarantine only applied outside the airport. Later that evening — after having her temperature taken and enduring a three-hour delay — she boarded the Iberia flight to Madrid. 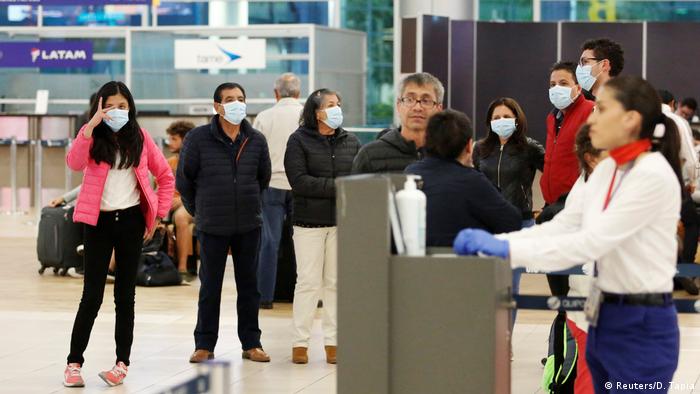 Right now, many Germans in Latin America face the same fate as Kara. From Tijuana to the Tierra del Fuego, travel restrictions are being tightened by the hour. These range from 14-day mandatory quarantine to total travel bans. Rules covering departures to Europe are also becoming increasingly restrictive.

Argentina, Peru, Panama, Honduras and El Salvador have already closed their borders. Haiti closed its border with its next door neighbor, the Dominican Republic, and Colombia closed its border with its neighbor, Venezuela. On Wednesday, Chile will ban all foreign nationals from entering the country for the next 15 days. A number of countries have also declared states of emergency.

The chain of events has started a race against time for German businesses, tourists and travelers. When rumors of possible border closings began making the rounds last week, many Germans in Latin America hurriedly attempted to book return flights to Europe. But there were few tickets to be had and hotlines were overloaded with coronavirus inquiries. Eventually, computer systems crashed from the sheer overload, making it impossible to successfully complete online bookings.

Then came the weekend and things got even more complicated: Airlines were even more difficult to reach, and one airport after another was crossed off the list of possible points of departure as country after country followed the lead El Salvador had taken on Thursday and closed their borders.

Empty flights to Latin America, full ones to Europe

German Foreign Minister Heiko Maas announced on Tuesday that nearly €50 million ($55 million) would be spent on repatriation flights for the thousands of German nationals abroad. But until this gets organized, many people's only hope remains the empty planes arriving in Latin America empty that are then loaded to capacity on the return to Europe, like the 15 charter jets Lufthansa recently used to fly some 4,000 travelers out of Barbados and the Dominican Republic. Lufthansa was contracted for the job by a number of cruise ship and tourism companies.

Ultimately, the airlines will have to determine whether it is financially feasible to operate this way. They also face the added difficulty of putting together extra flight crews on short notice. 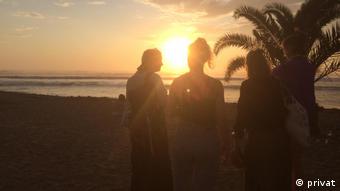 On Monday night, however, Kara was happy to be back in Hamburg. "The past three days were pretty stressful," she said, "but of course I know I am privileged because I could afford a return flight."

She said it's no surprise that people like her are getting caught up in the panic over the coronavirus when countries — whether in South America, Europe or elsewhere — close their borders. But, the student said, it hits others far harder, "The people that want to flee Venezuela but now can't are in a much more miserable situation than I am."

Airline bookings were already in free fall when Donald Trump announced a travel ban on arrivals from Europe due to the coronavirus pandemic. Several carriers are now demanding state aid and preparing mass layoffs. (16.03.2020)

Flying is bad for the environment, but is it bad for health? DW looks at typical diseases caught during flights and how to avoid them. (20.02.2020)

In an attempt to slow the spread of COVID-19, controls are back in place along Germany's borders with several of its neighbors. Exceptions are being made for commuters and the transit of goods. (16.03.2020)