Opinion: Two all-English finals? Be careful what you wish for...

Liverpool and Tottenham in the Champions League final, Arsenal and Chelsea in the Europa League final. Is it all a question of money? And do German teams need to spend more to keep up? No and no, writes DW's Matt Ford. 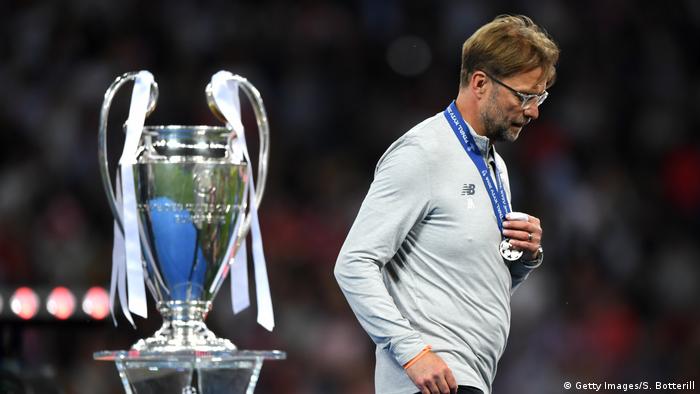 The presence of four English clubs in the finals of Europe's two major club competitions raises several questions, most pertinently: How has it come to this? The simple answer: Money scores goals.

Over the past five years, the current 20 Premier League clubs have spent a combined net total of 3.287 billion pounds (€3.807 billion, $4.276 billion) on new signings. And, with a new television broadcasting deal worth 4.464 billion pounds and Premier League clubs owned by an increasingly exclusive circle of Russian oligarchs, American businessmen and Middle Eastern sheikhs, this is unlikely to change anytime soon.

In the same period, Italian clubs in Serie A have spent €600.40 million, Spanish La Liga clubs have spent €427.09 million, and Bundesliga sides here in Germany have recorded a mere €135.76 million net spent.

The equation looks straightforward, but the reality is far more nuanced. The sums spent may differ hugely, but the sporting margins remain fine.

Earlier this month, Eintracht Frankfurt were just 12 yards (11 meters) away from a first European final since their 1980 UEFA Cup triumph, losing out on penalties to a Chelsea team backed by a Russian oligarch since 2003.

About 24 hours earlier, a young Ajax side were a matter of seconds away from a first Champions League final since 1995, losing to a Tottenham side that had already overcome a Manchester City team constructed using over 1.3 billion pounds of Middle-Eastern money since 2008.

And before that, Liverpool produced a historic comeback against a team to whom they had sold two of their best former players in Luis Suarez and Philippe Coutinho, and without two of their current best players in Mohammed Salah and Roberto Firmino.

"It's not about money," insisted head coach Jürgen Klopp. "We went through because of our desire and so did Tottenham."

Klopp deserves much credit, and of course Liverpool are hardly financial minnows themselves, but the feat would also not have been possible without a Catalan cataclysm which cannot be explained by dollar signs alone.

Indeed, Europe's very biggest spenders are nowhere to be seen this week, with Real Madrid, Paris Saint-Germain and Manchester City knocked out in earlier rounds. The less said about Manchester United, the better. Clearly, money isn't everything. 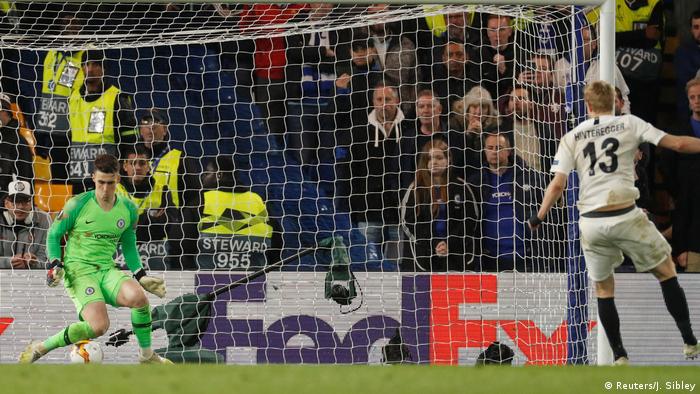 Eintracht Frankfurt were only inches away from the final, Ajax only seconds

The cyclical world of football

Five English clubs reached Champions League finals between 2005 and 2009, including an all-English affair in Moscow in 2008 when Manchester United beat Chelsea.

Just six years ago, Bayern Munich and Borussia Dortmund faced off in the Champions League final at Wembley less than 14 months before Germany lifted the World Cup in Brazil. In 2013, German football was riding the crest of a wave that has since crashed on the shore.

Every Champions League final since then has featured a Spanish club, including two Madrid derbies between Atletico and Real. Similarly, Atletico Madrid and Sevilla have won five of the last seven Europa League finals.

Footballing trends, whether financial, tactical or both, come and go, and reactionary demands to spend more and more money in order to keep up are neither sensible nor helpful. 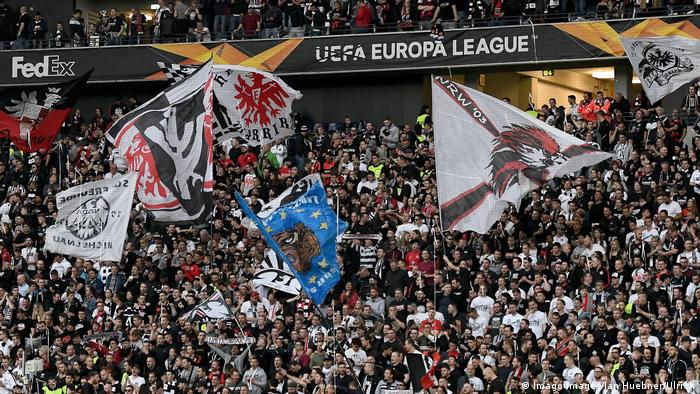 Be careful what you wish for

In Germany, such demands inevitably lead to the debate over the 50+1 rule and whether or not German football clubs should open themselves up to outside investment. But be careful what you wish for.

The four clubs competing in this year's finals may be English in name, but there's little English about them in nature. Two are owned by Americans, one by a Russian. The head coaches are from Germany, Argentina, Italy and Spain. And of the 44 players who started the four semifinals, only eight were English.

Arguably the only English thing about the four clubs involved are the four sets of match-going supporters. And when you consider the remote location of the Europa League final in Baku and the prices and availability of tickets for the Champions League final in Madrid, it becomes evidently clear that they're irrelevant as well.

The contrast could be seen in the away end at Stamford Bridge in the Europa League semifinal second leg, and indeed in every stadium across Europe that has housed Eintracht Frankfurt's fanatical supporters this season. Those Frankfurt fans control their club and their club puts them first, offering affordable tickets, emphasizing an authentic matchday experience over a television product and promoting an active and independent fan culture. It's a similar story at most clubs across Germany.

Jürgen Klopp is right: Football is not all about money. But even if it were, there are some things money can't buy.