Tottenham Hotspur have reached the Champions League final for the first time in the club's history after a pulsating comeback against Ajax. Brazilian midfielder Lucas Moura was the hero on a historic night in Amsterdam. 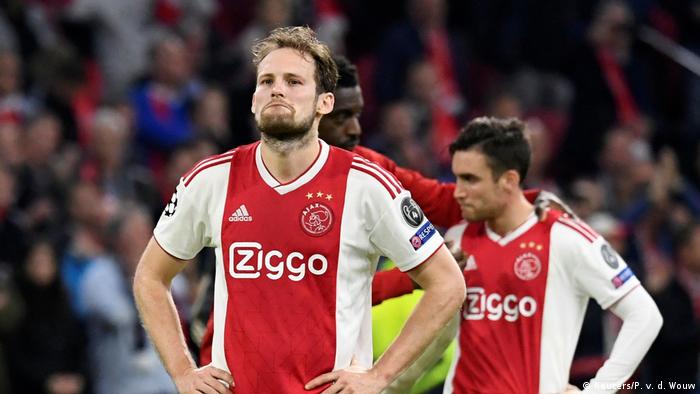 "There's nothing I can do now, it's up to the players," said a relaxed Erik ten Hag 15 minutes before kickoff. "Here we go!"

Here we go, indeed. The first semifinal 24 hours earlier had surely provided enough drama to last a lifetime, but here, with those three words, the Ajax coach ushered in another 90 minutes of madness.

Well, 95 minutes, to be precise. That was the time added on at the end of the second half in the Johann Cruyff Arena, with Ajax leading 3-2 on aggregate and Tottenham throwing everything forward in search of that one chance that could take them to a first ever Champions League final.

By the time Lucas Moura completed his hat trick with a shot which deflected lightly off Matthijs de Ligt and rolled over the line, the clock actually read 96 minutes. Not that anyone associated with Tottenham Hotspur will have cared.

Not Argentinian coach Mauricio Pochettino, down on his knees, head buried in the turf. Not Harry Kane, forgetting his injury to race across the pitch to celebrate with his joyous teammates. Not the 2,500 ecstatic traveling supporters in the upper tier who must have believed their dream was dead at half-time. 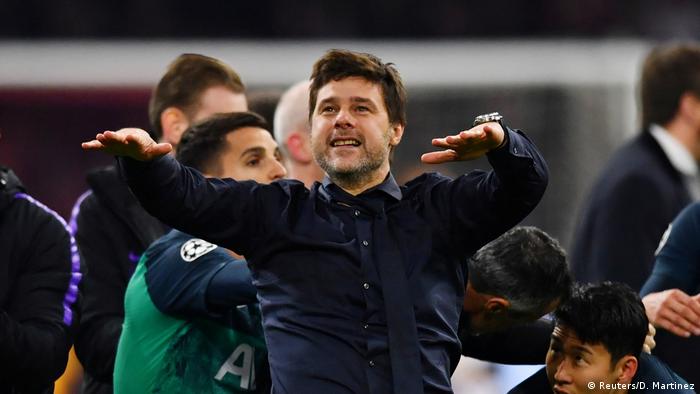 Because, as perfectly as the evening ended here in the Dutch capital, the start had resembled a nightmare. After just three minutes, a neat exchange of passes ended in a Hakim Ziyech shot being blocked. A minute after that, it was Dusan Tadic who brought the best out of Hugo Lloris. And from the resulting corner, Ajax scored.

The 1.78m-tall Kieran Trippier was assigned to mark the 1.89m-tall Matthijs de Ligt. It would have been a miss-match in the air had it come to it, which it didn't. The Dutch teenager simply strolled past the English international and picked an aerial duel with Dele Alli instead, climbing above him and, as he had done against Juventus in the quarterfinal, powering home Lasse Schöne's corner.

"Here we go," indeed - it was that quick. In the space of just five minutes, Ajax had demonstrated once again what they are all about – a fascinating combination of passing finesse and physical power. The latter had produced the opening goal, and the former would add a second.

Donny van de Beek won the ball in midfield and drove forward, three defenders facing him and options left and right. He went left, finding Tadic. The Serb cut back to Ziyech, who curled the ball home. As in the first leg, some of Ajax's attacking combinations had been simply sumptuous but, in between both goals, they had actually been second-best.

The absence of both Harry Kane and Heung-min Son had clearly hindered Tottenham in the first leg in London last week but the Korean was back tonight, driving in behind the Ajax defense and surprising Andre Onana with a near-post effort which came back off the upright just moment's after de Ligt had opened the scoring. Further chances presented themselves to Son and Eriksen but weren't taken and Tottenham were duly punished. 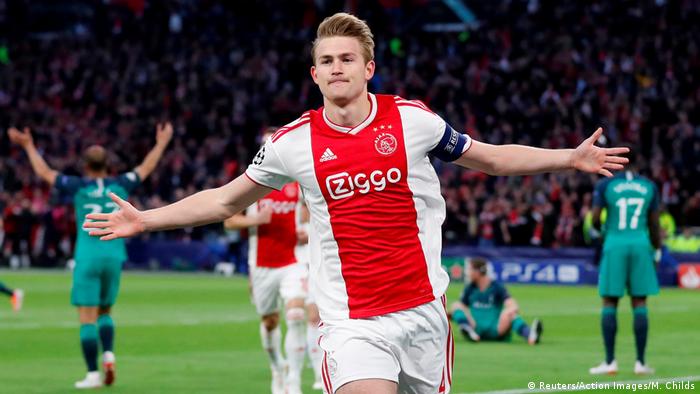 If his first goal was a lesson in penetration, starting and finishing a vertical move in combination with Alli, his second showed determination and skill to convert a chance which, technically, had already gone begging. Onana initially saved brilliantly at close range from Fernando Llorente but, while trying to smother the loose ball, somehow contrived to spill it into the path of Moura. Facing away from goal, the Brazilian still had much to do but he twisted, turned, found a space and fired home.

All square on the night. "Here we go," again. Ajax didn't have to score but wanted to finish it off. Tottenham had no choice. And so the game see-sawed back and forth as both teams went forward, both hitting the woodwork in a pulsating finale.

"I've rarely experienced anything like that," former Hamburg and Bayer Leverkusen striker Son told Sky. "We had our chances in the first half but the second half was simply crazy. But we believed in ourselves and we fought until the end."

That end came six minutes into injury time when Moura slotted home to send Tottenham into dreamland. Or more specifically, to Madrid, where Liverpool await.