From Istanbul to Anfield, Liverpool have made a habit of pulling off the impossible. It's not talent, but their relationship with their fans that makes them a reliable source of miracles, writes DW's Ed McCambridge. 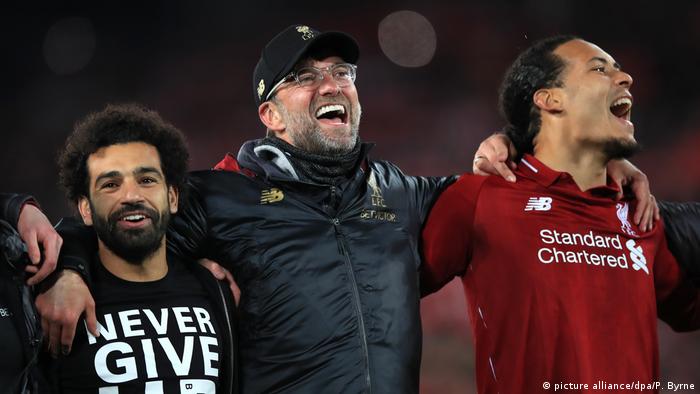 "This club is the mix of atmosphere, emotion, desire and football quality. You cut off one, it doesn’t work."

How many other coaches, you have to wonder, would put emotion ahead of actual footballing skill when listing their club's best qualities? Who else, in a 12-minute post-match press conference, following one of their club's greatest ever victories on the European stage, would fail to use the words "tactics," "strategy" or "plan" even once?

By contrast, Ole Gunnar Solskjaer, the manager who oversaw Manchester United's unlikely two-goal comeback away to Paris Saint Germain in the Champions League last-16 earlier this season, opened his press conference with the words: "We set out a plan." There’s nothing wrong with this, of course, it just isn’t the way Jürgen Klopp operates.

It was an emotional night, and Klopp is a man who tends to get caught up in the moment. He watches Liverpool games with the wild expression of a six year old from the Wirral perched on their father’s shoulders in the Kop End. It's an approach that chimes immaculately with Liverpool FC itself, a club with a working class, passionate fanbase and a habit of producing miracles in the unlikeliest cicumstances.

While Tuesday’s seemingly impossible 4-0 victory was one of the all-time great Champions League comebacks, it's arguably not even Liverpool's greatest ever. That honor surely still belongs to the 'Miracle of Istanbul,' the 2005 Champions League final that saw Rafa Benitez's Reds overturn a 3-0 first-half deficit to defeat AC Milan on penalties.

Anyone lucky enough to have witnessed both games will tell you the former just pips it in terms of implausibility. That victory was also delivered not through footballing superiority – Milan's midfield that night consisted of Andrea Pirlo, Gennaro Gattuso, Clarence Seedorf and Kaka – but through a desperate, relentless will to win. The match may not have been played at Anfield, but Steven Gerrard imploring Liverpool fans to tear the roof off the place after getting his team off the mark in the second half turned the stadium into a home away from home, making everything that followed possible. 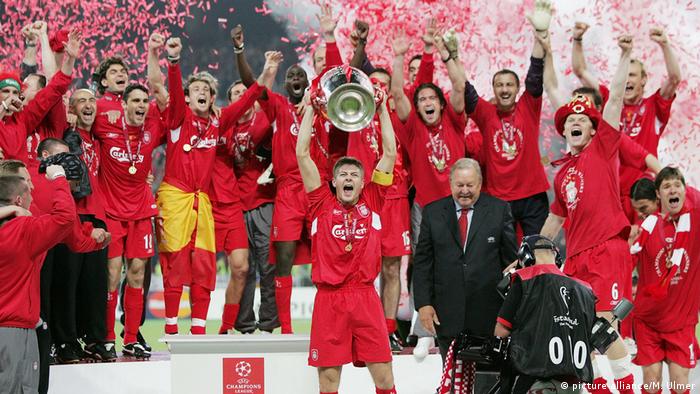 Steven Gerrard inspired Liverpool to an historic victory in the 2005 Champions League final.

The team's relationship with the fans was evident again in 2016, as Klopp's side scored twice in the final 10 minutes to knock Borussia Dortmund out of the Europa  League quarterfinal on a thunderous night at Anfield. All hope seemed lost after Marco Reus made it 4-3 on aggregate to the Bundesliga side in the second leg. Klopp demanded more support from an already raucous crowd. When Dejan Lovren smashed home a 91st minute header to record a 5-4 victory, the noise barely went up. It couldn't possibly.

The term "12th man," used to describe how passionate support from the stands can make it seem as if a visiting team are playing against 12 opponents, is bandied around a lot in modern football. In Liverpool’s case, though, and especially at Anfield, it clearly makes a difference. It's the reason any side, including those with a front line of Lionel Messi and Luis Suarez, can take nothing for granted when arriving at John Lennon Airport; no lead is too secure.

Moments before Trent Alexander-Arnold's match-winning corner kick - surely one of the all-time sneakiest set-pieces - a ball boy could be seen screaming in Divock Origi's direction, urging him to kick a loose ball out of play. The youngster knew time was running out and Alexander-Arnold couldn't cross legally with it lying there. Welcome to Anfield: even our ball boys want it more than you.

From the tragedy of the Hillsborough disaster to the great European triumphs under the floodlights at Anfield, being a Liverpool supporter is an emotional ride. Their manager, evidently, gets this. Klopp may not have mentioned tactics or strategy at all during his post-match press conference, but he did mention "mentality," "belief," "luck" and "heart" on several occasions. These are the things that matter most when building a team.

"This club is like a big heart, it was pounding like crazy," he told reporters. "You could hear it all over the world."

Jürgen Klopp's side overcame a large first-leg deficit against Barcelona to advance to the Champions League final for the second straight season. It is the third final in the German coach's career. (08.05.2019)