Jürgen Klopp's side overcame a large first-leg deficit against Barcelona to advance to the Champions League final for the second straight season. It is the third final in the German coach's career. 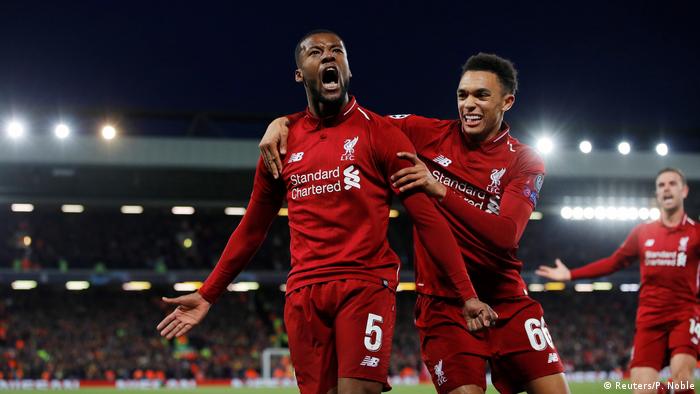 Liverpool booked their place in the Champions League final on Tuesday, overturning a 3-0 first leg deficit to Barcelona by defeating the Spanish giants 4-0 in Anfield.

Forward Divock Origi and midfielder Georginio Wijnaldum both scored twice to fuel Liverpool's unprecedented comeback. They became just the fourth team in Champions League history to overturn a first-leg deficit of at least three goals, and the first to do so in the semifinal stage.

It is the second straight season that Liverpool will participate in the final, which is set to take place on June 1 in Madrid, Spain. Last season, the English side lost to Real Madrid 3-1 in what was the Spanish giant's third consecutive title.

It will also be the third time German coach Jürgen Klopp has lead a team to the Champions League final — he reached the 2013 final with Borussia Dortmund before losing to Bayern Munich.

The hosts were missing two of their best attacking players, Roberto Firmino and Mohamed Salah, both out with injuries. Given that and their 3-0 loss in Barcelona's Camp Nou last week, the odds seemed stacked against the Reds.

But Origi, who was on loan at Wolfsburg last season, showed early that he could fill their goal scoring boots, tapping in the rebound of a saved Jordan Henderson shot. The goal was the Belgian striker's first in the Champions League this season.

With a 1-0 lead at halftime, Klopp was forced to replace an injured Andrew Robertson with Georginio Wijnaldum. The Liverpool midfielder made the substitution count, firing a pass from Trent Alexander-Arnold into the back of the net before heading in a Xherdan Shaqiri cross two minutes later. His two quick goals made him the first substitute to score twice in the Champions League semifinals. 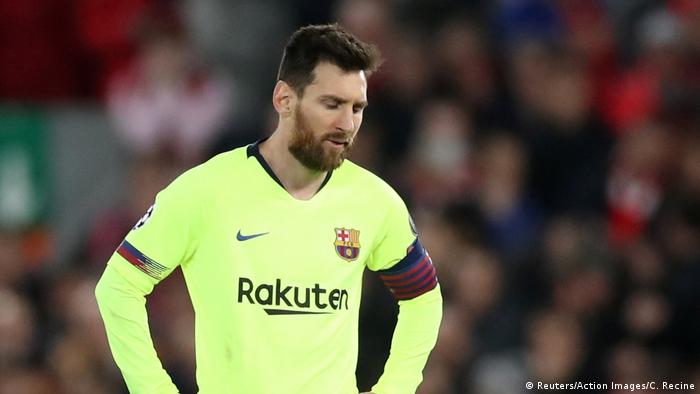 With the aggregate score level at three goals apiece, Barcelona did not come up with much a response to Liverpool's scoring run. Five-time Ballon d'Or winner Lionel Messi tested Liverpool goalkeeper Alisson Becker shortly after Wijnaldum's brace, but the Catalan club ended the evening with a meager eight shots.

Then, with about 10 minutes remaining, Liverpool caught the visitors napping with a quick corner routine. With Barcelona's defenders nonchalantly setting up for an orthodox set play, Alexander-Arnold quickly snuck the corner to the feet of Origi. The Belgian striker then slotted home the decisive goal between Marc-Andre ter Stegen and Gerard Pique, a shot the Barcelona goalkeeper and defender.

It's the second straight season Barcelona have been eliminated from the Champions League after mounting a three-goal lead in the first leg at home. Last season, the Catalan club took a 4-1 aggregate lead in the quarterfinals against AS Roma, but the Italian side won 3-0 in Rome to advance to the semifinals on away goals — they eventually lost to Liverpool in the semifinals.

Liverpool now play either Ajax or Tottenham in the final. The two remaining semifinalists are set to play in Amsterdam on Wednesday, with Ajax holding a 1-0 aggregate lead in the tie.

Jürgen Klopp – Seriously the "Normal One"?

Liverpool supporters are hoping Jürgen Klopp can lead their team to their first ever Premier League title. Ahead of the first leg of their UCL semifinal clash with Barcelona, he told DW why losing is also important. (30.04.2019)