While Chelsea fans have recently been caught singing racist songs, Eintracht Frankfurt’s fans have stood against discrimination, just like their president. The two sides meet in the Europa League semifinal on Thursday. 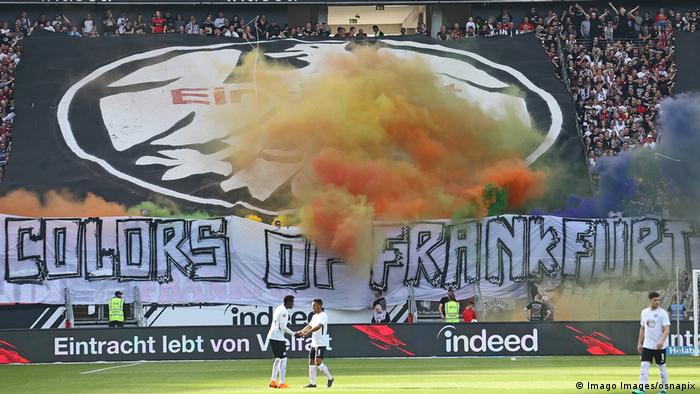 This season's surprise package from Frankfurt march on. After beating Benfica, the club will play against Premier League side Chelsea in the Europa League, their first European semifinal in 39 years.

Some argue the 'secret' to Eintracht Frankfurt's success lies in the unity between the club, its fans and the players. One of the issues on which there's near-universal agreement is the fight against all forms of discrimination.

This has hardly been the case with their Europa League semifinal rivals. Three Chelsea fans were recently banned  from attending their club's Europa League quarterfinal against Slavia Prague after they were caught on camera singing Islamophobic chants about Liverpool striker Mohamed Salah. In December 2018, antisemitic chants directed at London rivals Tottenham were heard in Chelsea's away end during the Europa League game against Hungarian side MOL Vidi.

Club chairman Bruce Buck recently admitted in a BBC interview that the club "has a problem” with racist and antisemitic fan behavior.

If Chelsea are interested in looking for clubs that publicly tackled such issues, they need look no further than their opponents on Thursday night in Germany. The work done at Eintracht to combat bigoted and far-right tendencies among their own fans bore fruit, and Eintracht's fan scene is now known as one that stands behind the club against discrimination.

Back in March 2018, as Eintracht Frankfurt hosted Hoffenheim, the club held a day in celebration of the city of Frankfurt and its cultural diversity under the name: "United Colors of Frankfurt.” The club's ultras took an active part, setting up a choreography with the club's emblem, Frankfurt's coat of arms and the emblem of Ultras Frankfurt, the club's biggest ultra group all featured (pictured, top). "Eintracht lives from diversity,” said the banner seen across the Northwestern terrace, where the club's hardcore fans are located. 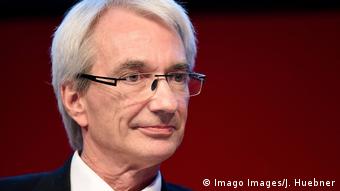 Eintracht vice president Stefan Minden tells DW that the fight against racism "has become a part of the club's identity. Cultural diversity is part of our DNA, and it's also part of the city of Frankfurt's DNA, a city that sees itself as open to the world.” Minden describes it a "significant” issue for the club.

He's not the only one on the Eintracht Frankfurt board to publicly position himself on the matter. Back in December 2017, club president Peter Fischer made headlines in Germany after he had suggested that members of Alternative for Germany (AfD), a far-right, populist party, whose politicians publicly voiced racist views, could not become Eintracht Frankfurt members.

"No one that voted for this party, a party that has clear inhumane and racist tendencies, can become a member at our club,” Fischer told German daily Frankfurter Allgemeine Zeitung (FAZ) in December 2017.

Fischer's position was put to the test a few weeks after the interview had been published. In January 2018, Frankfurt's members were asked to vote on the continuation of Fischer's tenure as president, a position that he has held since 2000.

"Some said it (Fischer's stance) might cost him in votes and asked themselves why he did that,” says Minden. The meeting's results, however, told a different story. Fischer received more than 99 percent of the votes. "The whole club stood behind him,” Minden adds.

Fischer recently took the time to attend a conference about anti-Semitism in football. The conference, titled "You'll Never Walk Alone,” took place just hours ahead of Eintracht's crucial Europa League home game against Shakhtar Donetsk. He was interviewed while wearing the club's official suit, just before heading to the Waldstadion, the club's home. 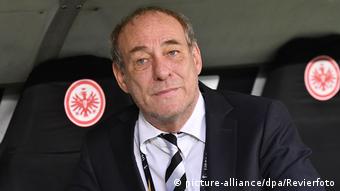 "There aren't many places I'll go to in on the day Eintracht plays the club's most important game in years,” Fischer said, adding that he attended the conference "as a human being, in order to show my position against racism.”

At the conference, Fischer recounted how the general meeting's result was a vote of confidence in his anti-discrimination stance, adding that more than 17,000 new members have joined the club since, with some of them being supporters of other clubs.

"No chance” for discrimination

Despite Eintracht's clear position, the club's president said he was under no illusions that every person that attends games at the Waldstadion shares the club's view.

"Of course we're not free of anti-Semitism. All kinds of people attend our games, but we've been engaging ourselves against it for years on end, with success,” he said.

Before leaving for Eintracht's game against Shakhtar, Fischer emphasized his commitment to the fight against discrimination is not going to waver anytime soon.

"Eintracht Frankfurt and myself will never give up. Those that are against Jews, those that hold homophobic views, those that believe in exclusion, those that bring hate into our society, they have no chance at our club.”

The president of Bundesliga club Eintracht Frankfurt has called on the league to do away with Monday kickoffs. The first two such matches have been met with fan protests and a partial boycott. (07.03.2018)

Eintracht Frankfurt's thrilling European campaign has further galvanized one of Germany's most fervent fan bases. A suspended UEFA ban isn't the only reason the fans are sitting on a "powder keg" though. (10.04.2019)