In Germany, COVID-19 lockdown restrictions have once again been extended — and tightened marginally, with stricter mask requirements and calls to work from home. Will the plan work? Not quite, writes Sabine Kinkartz. 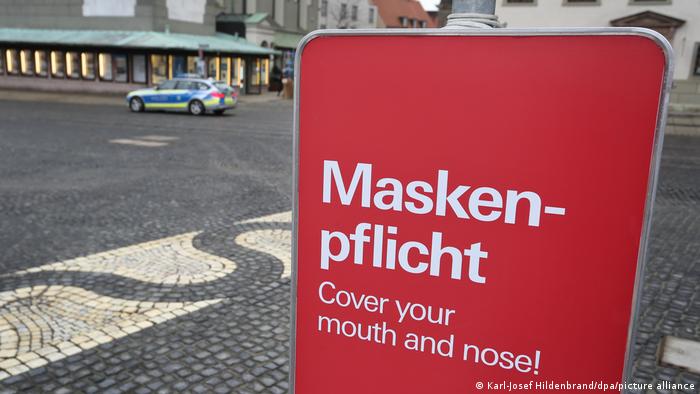 The color of the blazer may change, but the message remains the same: Germany's Chancellor Angela Merkel and the premiers of the 16 German states announced, once again, that the country must remain in lockdown. The fight against the coronavirus pandemic has seen the lockdown extended for the third time in three months. What will come next? That all depends on the infection rate.

Does anyone really believe that things will look much better on February 14, that the infection rate will be low enough to open schools, stores and restaurants? Certainly not. By March? Probably not. Easter? Maybe, but with conditions. In early April, it will likely not be warm enough to move life back outside — not to mention that not enough people will be vaccinated by then.

As we all know, widespread immunity is the only way to overcome the virus. If and when we achieve that also depends on how quickly and substantially it changes. How long will the vaccine be effective against mutations? Europe has purchased too few vials to quickly vaccinate millions of people — a fatal mistake in the race against time. 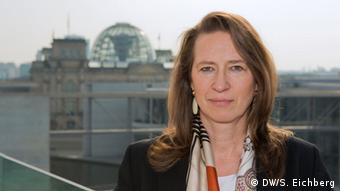 The exigency is even more potent with the new — and more infectious — COVID-19 variant that originated in the UK, which is now on the rise in Europe. With such high stakes, virologists, in the lead up to the meeting of state premiers, urged leaders to impose a complete lockdown, dubbed "mega-lockdown."

But the state leaders have decided against following their advice.

Politics during a pandemic

The new restrictions are merely more reliant on mandatory masks, social distancing and working from home — measures that are only reinforcing what is already in place. But will that be enough? Infection and death rates are down slightly, but far from acceptable.

Policymakers have a dilemma. On the one hand, the threat is still great, perhaps even greater than before considering the new variants. But in order to be able to enforce tough measures in a free, liberal democracy, buy-in from citizens is absolutely necessary — and that is crumbling.

Germany is no longer the country it was at the start of the pandemic. The first wave of COVID-19 infections was shocking yet motivating at the same time. There was a joint effort to stem the outbreak. Fear of the virus made everyone stay home, at least those who were able to. Large parts of the economy were shut down. The city centers were deserted, the streets so empty that individual lanes were declared bike lanes, and you could have safely walked on the highways.

In the second wave, however, the city streets are bustling. Certain sectors of the economy are up and running, if not at full speed, and that's exactly what the political leadership wants. Even Germany cannot afford a second economic hit over a hard lockdown, putting even more pressure on the national budget.

Almost a year since the start of the pandemic, people have learned to cope with new routines and live in a constant state of emergency. We are more numb to the danger, but, at the same time, pandemic-weary and depressed. And now, many will have to muster the strength and resilience for weeks to come, be it in the loneliness of a single household or in the family chaos amid school closures. The coronavirus continues to loom large in Germany

Many policy mistakes have been made — not least in communicating the regulations. More and more people are questioning measures that are sometimes contradictory and difficult to understand. Why must a hairdresser remain closed, but at the same time people are allowed to jostle their way through a checkout line at the supermarket? Why are people not allowed to go to restaurants, but can cram into tightly packed buses and trains? Why aren't the most vulnerable, the elderly and the sick, much better protected? What about high-quality medical masks and mandatory testing in homes? This could have been done sooner.

Resentment is also growing in the business community. Industries in lockdown are in dire financial straits; many of them may soon have to file for bankruptcy.  Arts and culture, and the entire event industry, have practically ceased to exist. Calls for help are going unheeded — and the bitter realization is growing that the government is not as quick to lend a hand to the gastronomy and culture industries. While the Lufthansa airline was bailed out with billions of euros, many small business owners are still waiting for financial support promised back in November.

Even in times of economic prosperity, politicians can no longer score points. Calls to relax lockdown measures are becoming more vociferous. More working from home for employees? Not so fast, because that could become a habit after the pandemic. Even if employers must now offer staff the opportunity to work from home, intransigent employers will find ways to get around it, even amid rising infection rates.

Back in December, we were told that the next few months would be the most difficult. That realization is now really hitting home hard.

People need goals. Positive goals. Things they can look forward to. It's cold, wet and gray outside. So what if it's cheerful and sociable inside, people need to be able to picture their next holiday. None of that is on the horizon at the moment. On the contrary. Politicians are relying on the principle of hope — and on everyone grinning and bearing it for a little longer.

US intelligence blames Saudi prince for Khashoggi murder 21m ago

Opinion: Australia's Big Tech crackdown is no model to emulate 10h ago