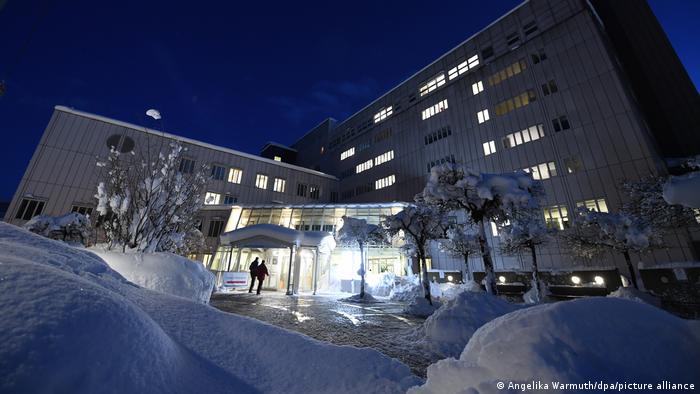 A new variant of the coronavirus was detected in 35 patients at a hospital in southern Germany on Monday.

It is not yet known how contagious, nor how deadly, the new variant is, the managing director of the Garmisch-Partenkirchen clinic confirmed. "The mere fact that it's a new variant doesn't mean it's more infectious." Frank Niederbühl said.

And deputy medical director, Clemens Stockklausner, said there was no need to panic just yet. "We have to wait for the complete sequencing. We cannot say at all at the moment whether this (mutation) has any clinical relevance," he told reporters.

Samples have been sent to Berlin's Charite Hospital for further examination.

New mutation different to variants in South Africa and the UK

Stockklausner stressed that the new mutation was different to those found in the UK and South Africa. Both of these variants are more infectious, though neither have led to higher mortality figures.

Perhaps even more significantly, the new variants do not reduce the impact of the vaccines currently on offer, according to medical experts.

The rate of new infections has decreased in recent days in Germany and the occupancy of intensive care units by coronavirus patients has gone down by 10-15%, according to Health Minister Jens Spahn.

The number of confirmed coronavirus cases in Germany rose by 7,141 on Monday, according to the Robert Koch Institute (RKI) for infectious diseases. That is 5,000 fewer cases than last Monday, but daily numbers from Bavaria and Rhineland-Palatinate were incomplete, the RKI confirmed.

Germany's 16 state premiers are set to meet German Chancellor Angela Merkel on Tuesday to discuss possible stricter measures aimed at preventing the spread of the coronavirus. Vice Chancellor Olaf Scholz has called for an extension, as well as tightening, of lockdown measures that are due to expire at the end of the month.