Two cases have been recorded in the UK this week, both linked to travelers from South Africa. Health experts fear the worst as they say two new strains are highly transmissible and continue to mutate. 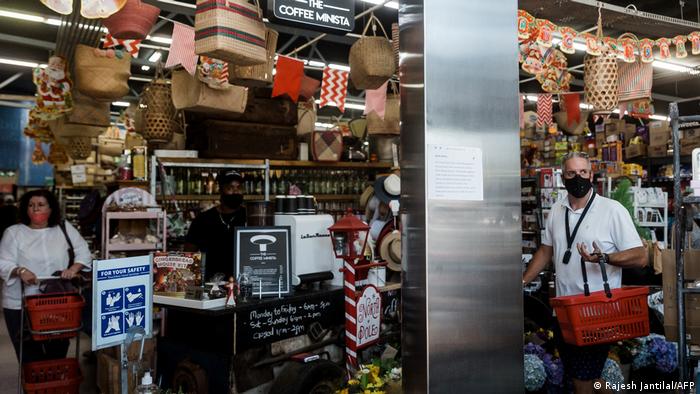 Health officials in the UK have identified a new, second mutant variation of the novel coronavirus since a similar discovery of a first mutation just days ago. Health experts say the new strain stems from South Africa, where officials suspect it may be driving increased infection rates.

The UK, whose citizens face travel bans due to the first mutation, has itself restricted all travel from South Africa. Several other countries, such as Germany and Switzerland, have expanded their UK travel bans to now include barring entry to anyone traveling from South Africa. Germany on Wednesday announced that its ban would be extended until at least January 6, 2021.

UK officials have instructed anyone who may have come into contact with persons recently in South Africa over the past two weeks to quarantine.

UK Health Minister Matt Hancock said his country was "incredibly grateful to the South African government for the rigor of their science and the openness and the transparency with which they have rightly acted, as we did when we discovered a new variant here."

Dr. Susan Hopkins of Public Health England, who joined Hancock for a Wednesday press briefing from 10 Downing Street, said that the UK and South Africa strains are "very different." But added they both "look like they're more transmissible."

Hancock said: "This new variant is highly concerning because it is yet more transmissible and it appears to have mutated further than the new variant that has been discovered in the UK."

Susan Hopkins said scientists "have more evidence on the transmission for the UK variant because we've been studying that with great detail."

"We're still learning about the South African variant," she said, adding: "We are pretty confident that the system we have in place will help control the spread."

The UK mutation is thought to be some 70% more transmissible than the original Wuhan strain of the virus.

Asked about the efficacy of the new BioNTech-Pfizer coronavirus vaccine in light of the new discoveries, Hopkins said that it "produces a strong immune response and it's broad and acts against lots of variation in the virus." She says there is, "no evidence at the moment that the vaccine will not work."