The German government is halting all passenger flights from the UK, where the new, more transmittable strain of the coronavirus has been driving up infections. Follow DW for the latest. 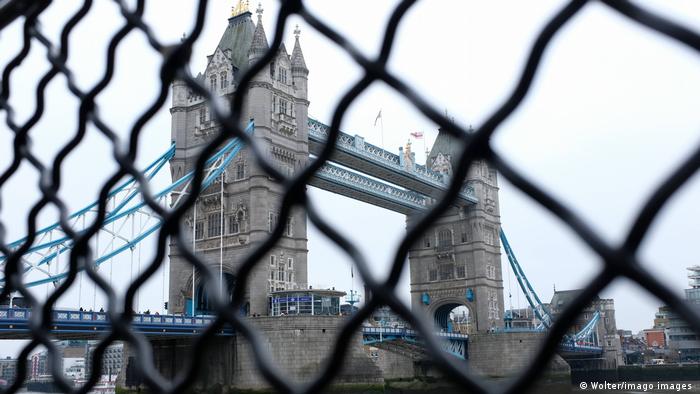 German Health Minister Jens Spahn announced Germany is "banning all passenger flights from the UK to Germany as of midnight."

The decision comes after several European countries put a stop to all flights coming from the UK.

You can read more about how Sunday's travel restrictions unfolded here.

"Tomorrow we plan to restrict all travel to GB (Great Britain) & South Africa with a government order in light of the reports over a mutation of the virus," Spahn tweeted.

Berlin was taking this step due to "the reported mutation of the coronavirus," according to government spokeswoman Martina Fietz.

The federal police also warned that people should only travel to the UK "if it is absolutely necessary."

The Interior Ministry has instructed federal police to systematically check travelers from the UK and South Africa, with immediate effect, a ministry spokesperson said, adding that control measures are to be closely coordinated with local health authorities and that travelers should expect longer waiting times at the borders.

Earlier, the Dutch government put a halt to all passenger flights entering from the UK after finding a case in the Netherlands of the new coronavirus strain that has been circulating around Britain.

The ban, which started at 6 a.m. (0500 GMT) on Sunday and lasts until at least January 1, came just hours after the UK announced a stay-at-home order for the south of England, including London, to slow the more infectious variant.

The Dutch public health body, the RIVM, said it "recommends that any introduction of this virus strain from the United Kingdom be limited as much as possible by limiting and/or controlling passenger movements."

Prime Minister Mark Rutte's Cabinet said that other forms of transport were still under review.

Italy also announced it is suspending flights from the UK "to protect Italians'' from the new coronavirus variant.

Foreign Minister Luigi Di Maio tweeted that the government was preparing a measure that would block flights. It was not immediately clear when the measure  would it would take effect.

Belgium on Sunday banned flights and trains from the UK for the same reason.

Prime Minister Alexander De Croo said he was issuing the order for 24 hours starting at midnight "out of precaution."

"There are a great many questions about this new mutation and whether it is not already on the [European] mainland," he said.

Ireland said it would ban flights from the UK from midnight due to the swift spread of the new coronavirus strain in England.

"In response to the identification of a new strain of Covid-19 in the South-East of England, the government has announced a ban on all flights arriving into Ireland from Great Britain with effect from midnight tonight," the Irish government said in a statement, adding that flights would be banned for at least 48 hours.

The World Health Organization (WHO) has revealed it is in close contact with British officials over the new variant.

"They'll continue to share info & results of their analysis & ongoing studies. We'll update Member States & public as we learn more about the characteristics of this virus variant & any implications," the WHO tweeted.

The WHO also called on EU members to "strengthen their controls" because of the new variant.

According to the WHO, there are now 75,098,369 confirmed cases of the coronavirus worldwide.

Germany has reported a further 22,771 cases and 409 deaths in the daily update provided by the Robert Koch Institute.

December is set to be the most deadly month so far in Germany's battle with the virus, with almost 10,000 deaths recorded in the first three weeks of the month.

The death toll is likely to be double November's fatality rate of 5,796.

On Monday the European Medicines Agency (EMA) is expected to give its approval for Germany to start vaccinating on December 27.

Algeria will embark upon its vaccination process in January, President Abdelmadjid Tebboune has announced, although the country has yet to decide which of the vaccines on offer it will use.

Tebboune, who was transferred to a German hospital on October 28, made the announcement on Twitter.

"I have issued orders to the Prime Minister to immediately chair a meeting with the scientific committee in charge of following up the epidemiological situation, to choose the most appropriate vaccine and to start the vaccination process in January 2021."

In Algeria, people with COVID-19 are given hydroxychloroquine, among other treatments, despite many studies showing it to be ineffective.

The 75-year-old president, who is a heavy smoker, promised last week to return to Algeria "as soon as possible."

Thailand has reported its highest daily tally of coronavirus cases since the start of the pandemic, with 548 new infections across the country. Most of the new cases are connected with an outbreak at a wholesale seafood market on the outskirts of the capital, Bangkok.

Some 188 inmates and staff at a prison in southeastern Seoul have now tested positive for the virus, according to KDCA, bringing the total number of infections linked to the facility to 215.

Australia is tightening its restrictions in Sydney, as of midnight on Sunday, in an effort to quell a recent cluster of cases in the country's most populous city.

Gladys Berejiklian, the premier of the state of New South Wales, told reporters that 30 more infections had been detected in the Northern Beaches area of Sydney in the past 24 hours, bringing the total to 68 since a fresh outbreak was detected three days ago. The area began a four-day lockdown on Saturday night.

The US Centers for Disease Control and Prevention (CDC) said it was paying close attention to reports of allergic reactions to the coronavirus vaccination program and made recommendations on how people with histories of allergies should proceed.

Anyone who had a severe reaction should not get the second dose, the CDC said, defining severe as needing the medication epinephrine or having to go to hospital for treatment.

Moderna's COVID-19 vaccine has become the second pharmaceutical firm to receive the US Food and Drug Administration's authorization for emergency use after BioNTech-Pfizer. The US is the world's hardest-hit nation, with more than 3,000 coronavirus deaths a day.

Canada has surpassed 500,000 cases, according to official figures, recording a 25% increase over the last two weeks.

The government of Ontario province announced this weekend an extension of lockdown measures in Toronto and much of the region until January 4.

"COVID-19 is spreading among people of all ages, with high infection rates across all age groups," Canada's chief medical officer Theresa Tam said.

In Brazil, President Jair Bolsonaro has dismissed the global hurry to buy and distribute vaccines.

"The rush is not justified," Bolsonaro said in the video posted on social media by one of his sons, Eduardo Bolsonaro. "It is interference in the lives of the people."

The comments came after the Brazilian leader, who has played down the seriousness of the virus from the start of the pandemic, seemed to stoke public fears about potential side effects from getting a jab.

"In the contract, it is clearly stated that Pfizer is not responsible for adverse reactions. If you turn into a caiman, that's your problem," he said, laughing. The caiman is a semi-aquatic reptile similar to an alligator.

Amid a nursing staff shortage, German hospitals have had to take matters into their own hands. When the coronavirus pandemic hit, a new arrival from Mexico proved very valuable at Berlin's well-known Charite Hospital.

The World Health Organization said bans on international travel have proved ineffective. Meanwhile, the English will lower their masks. Follow DW for the latest coronavirus news.

New Zealand is opening up again to international tourism after imposing some of the world's strictest border restrictions in response to the COVID-19 pandemic. At Auckland Airport, there were emotional scenes after the first arrivals touched down.