Opinion: Putin does not have many options left with Ukraine

The Kremlin seems to be trying to buy some time before finally deciding whether to hit Ukraine — or withdraw and reengage with the United States, DW's Konstantin Eggert writes. 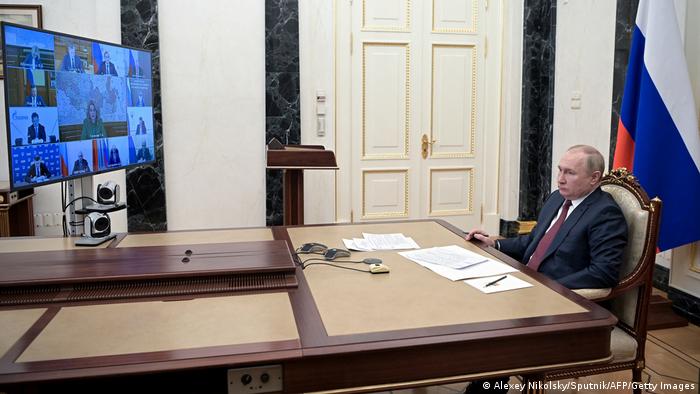 Vladimir Putin must have known how the United States and NATO would reply to his December ultimatum that they cease military activity in Eastern Europe and Central Asia even before the response was delivered to the Russian Foreign Ministry in written form by US Ambassador John Sullivan. It was, of course: "no" to the Russian veto on NATO enlargement, "no" to the withdrawal of allied forces from Central European and Baltic member states, but "yes" to negotiations on arms control and confidence building measures. This is what the Americans have repeatedly told him and his foreign minister, Sergey Larov, in the weeks since Putin demanded written "security guarantees" from the alliance.

The Kremlin's specific demand for a written reply to its ultimatum from the United States and NATO was an attempt to buy time and use it to drive deeper the wedge between Washington and its European allies, mass more troops on the borders of Ukraine, and keep the world's attention focused on Moscow as an indispensable player on the global scene. However, Putin is facing an increasingly belligerent US administration, which seems to exert more and more influence on its European allies. In an unexpected act of diplomatic escalation, Washington expelled more than two dozen Russian diplomats on Wednesday. 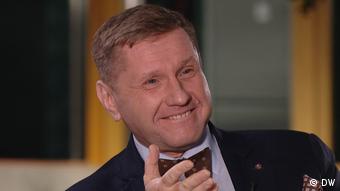 How will the Kremlin  reply to the United States and NATO? An early indicator could be the fate of the text of the US reply. Secretary of State Anthony Blinken said it would not be made public to leave room for diplomacy. We may soon see the US and NATO messages, in whole or in parts, "leaked" to the Russian state media or the nominally private oligarchic mouthpieces such as the Kommersant and Izvestia newspapers. Lavrov already hinted  at such a possibility. This would be a deliberate slap in the face to the Americans and an early warning sign that Putin is ready to act rather than talk.

The Kremlin does not have that many options. A full-scale invasion is possible in principle, but it would cost Moscow much more than the first stage of the war in 2014-2015. Ukraine's resistance would be much fiercer and more professional than eight years ago, and international sanctions would be much more painful. The Nord Stream 2 pipeline would be dead. What is no less important is that a full-scale war will silence even the most active among those, especially in the European Union, who strive to "understand Russia." Plus, it will internationally isolate Putin's regime and him personally much more tightly than before. There will be no summit invitations for a long time to come.

But the Russian strongman also cannot just say: "Sorry, I was wrong!" — and then withdraw troops from the borders of Ukraine and engage with the United States on the traditional agenda of disarmament, plus climate change and Iran's nuclear program. This will make Putin look weak and disoriented,something he hates more than anything else. As commander-in-chief, you don't kick hundreds of thousands of your troops back and forth twice a year for the sake of a couple of phone calls with Washington.

It seems that the Kremlin may be provisionally looking at a scenario in which it would use a manufactured pretext to "take under Russia's protection" the so-called Donetsk and Luhansk People's republics (DNR and LNR) without formally recognizing them. Those puppet entities in Ukraine's east were created by Moscow in 2014, propped up by the Russian army and used to exert pressure on Kyiv. This would be a de facto legalization of Russian military presence there but not strictly speaking anew invasion. The Kremlin could hope then for the West's closed ranks to fall apart and for Paris and Berlin to offer mediation. This could open the possibility of pressuring the government of Ukraine for more concessions and rewriting the Minsk Agreements in Moscow's favor.

Putin's regime already started a PR campaign to prepare Russian and international public opinion for such a development. The Kremlin's pocket parliament, the State Duma, is already calling for arms deliveries to Donetsk and Luhansk. The deputies also say they started work on a draft treaty recognizing LNR and DNR.

"Save the Russians of Donbass!" panelists on the state TV talk shows shout. But the moment for such action may have been missed. It is hard to believe that, even in Berlin and Paris, such an intervention would be judged as anything but escalation. Ukraine would most probably refuse to negotiate with Moscow even if some Europeans push it to. This alone would put Moscow in an awkward position of being shunned and sanctioned for no tangible gain at all. So maybe all the calls to "save Donbass" are a ploy to show that Putin "resists hotheads" in Moscow and is in fact "a man of peace."

It is unlikely that Putin will do anything before the opening ceremony of the Olympic Games in Beijing on February 4. And, if as discussed preliminarily, there is a meeting with the new German chancellor, Olaf Scholz, then that would buy the Kremlin even more time. The Biden administration is clearly intent on keeping up the pressure on Russia. Putin may well deploy a few extra missiles to Russia's Baltic Sea Kaliningrad region, unilaterally "suspend" the 1997 NATO-Russia Founding Act and go back to discussing the new START treaty — something the US was ready to do from president Biden's first day in office.

Airbnb cuts all listings in China amid fierce competition 1h ago