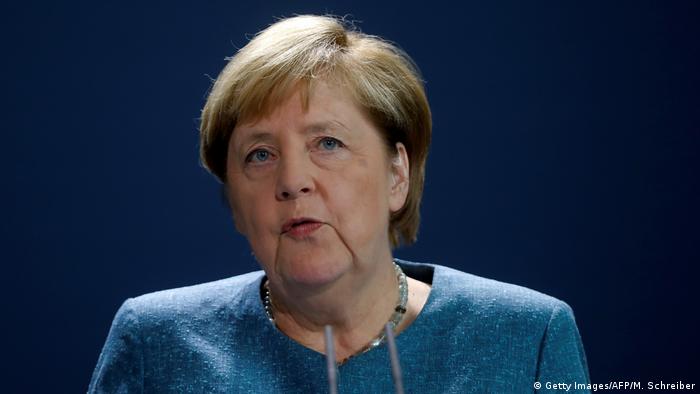 Ever since Russian opposition leader Alexei Navalny arrived at Berlin's Charite Hospital to be treated for suspected poisoning, there has been speculation about how Germany's government would react. There was much talk of indignation, but neither Chancellor Angela Merkel nor her foreign minister, Heiko Maas, seemed willing to take Russia to task. That has changed.

First, Germany's government released a clear and unambiguous statement saying lab tests found that Navalny had "without a doubt" been poisoned by the nerve agent Novichok. Then, Maas and Defense Minister Annegret Kramp-Karrenbauer appeared before the media to say Russia's ambassador had been invited to an "urgent discussion." Finally, Merkel herself appeared before the press to express her displeasure, saying the poisoning had been "an attempted murder." The government can hardly have made clearer that the poisoning of Navalny is effectively the final straw after a litany of incidents — from the seizing of Ukraine's Crimean Peninsula to the persecution of Russian opposition politicians in Germany to disinformation campaigns targeting voters across the country and across the European Union.

The Charite doctors released a statement saying that Navalny remains in serious condition in an intensive care unit, connected to a ventilator, with a very lengthy recovery when it comes to that stage. It is hard to imagine something more terrible than poisoning by nerve agent.

Germany's government and the European Union will have to take clear steps against Russia. Moscow will have to name names and finally investigate this attempt on Navalny's life. If this does not happen, then new sanctions will have to be imposed.

The government is taking a risk. It is never clear what Russian President Vladimir Putin might do when he comes under pressure, whether this is in Belarus or Syria or anywhere Moscow tries to flex its muscles a little more. But this harsh reaction is necessary if German and EU officials are toi maintain true to the values of freedom they extol.

The coming weeks will tell.

German economy up but beer sales down 18h ago