Opinion: Nation-states — have they served their purpose?

Are nation-states the only conceivable construction to bond people together? In an era marked by both globalization and separatism on the other, nations are feeling the pressure from all sides, says Alexander Görlach. 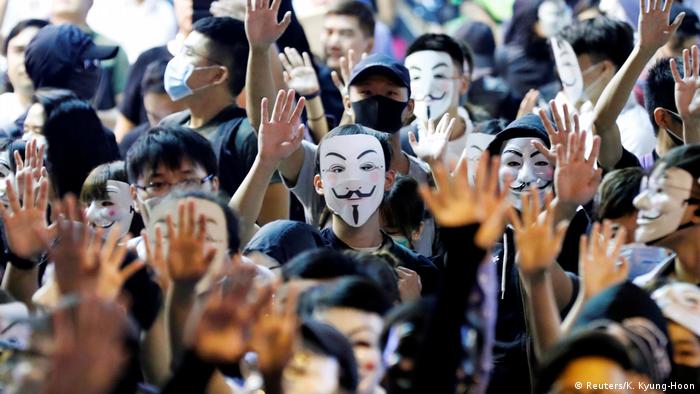 China has accused the West of hypocrisy, claiming that on the one hand Western-style democracies condemn its handling of unrest in Hong Kong, but on the other hand take a hard line against the Catalan independence movement. Beijing wonders why Europeans readily support Spain's government, but not China's. After all, both countries are merely defending themselves against separatists trying to split from the nation illegally.

Seeking an answer to that inevitably leads to a debate that's all too familiar: What actually constitutes a nation? A common language, history, and geography are all a part of what makes up a national identity. But beyond that, in my opinion, there is also the question of how someone can feel they are a member of a nation.

Whether in Spain or China, a nation is an abstract size. No single Spaniard will ever meet every other person who identifies as Spanish. And of course the same goes for the Chinese. 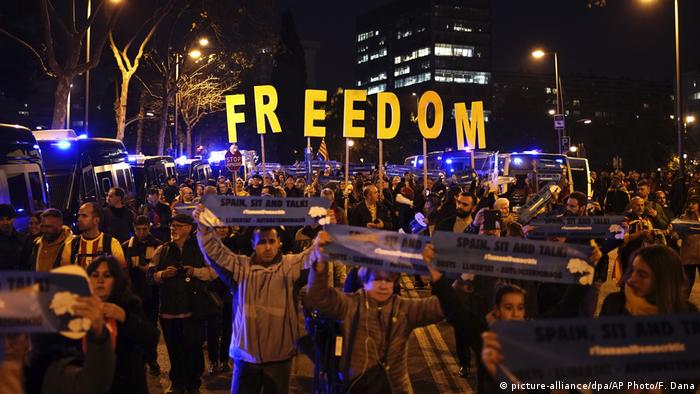 Benedict Anderson eloquently describes the origins of the notion of belonging to a modern nation. In his book "Imagined Communities," he says it arose at the moment when the old abstractions that held people together no longer applied. When beliefs became divided, the "imagined community" of all believers was lost.

"Christianity" consisted of French people, Germans, Poles and Italians, but was held together by the ritualistic (and political) Latin language that also gave this sense of togetherness a practical nature.

The age of discovery in modern Europe laid the cornerstone for new communities far away from the aristocratic societies, from which "explorers" set out to discover the new world. In the respective national languages, a new sense of belonging was established in a very secular and administrative fashion. And it endures to this day, even though people on both sides of the Atlantic speak the same languages — English, Spanish, Portuguese — share the same religious beliefs and celebrate the same cultural and institutional heritage.

The technological advance of the printing press made all this possible. Translations of the bible gave rise to national languages, which in turn defined areas within which the same printed books could be sold. This digression is relevant because we currently live in a time when once again technological change raises questions about affiliation, paving the way for new "imagined communities" to emerge.

Indeed, there is a lively debate about the relevance of the nation-state these days. Everything that's implied by the catchwords globalization and digitalization reinforces the impression that the nation state has little to contribute in terms of progress, at least in its current form.

Supranational entities such as the European Union are based on nation-states. Harmonization attempts to establish a common rule of law over an area encompassing 27 nation-states. At the same time, there is a trend toward regionalization within those states.

- Opinion: Is the crisis of capitalism a crisis of democracy?

Not every struggle for autonomy is equal

The Catalans and Basques do indeed have their own language and a checkered past with the rest of Spain. But because they are not deprived of any constitutional rights, their struggle for independence seems outdated and out of synch in a world in the midst of revising itself, especially in terms of its "imagined communities."

In China, the reverse is true. There, the people in Hong Kong are NOT granted guaranteed rights. It's for that very reason that many people in China's special administrative region now call themselves "Hong Kongers" and no longer consider themselves Chinese. Their distinct language and culture have become a unifying symbol against the external superpower. Incidentally, with the same effect that is common practice in European nation-states — a racist sense of superiority over others out there, but in the case of Hong Kong, over the people of mainland China.

The world today thus finds itself in a constant state of tension between communities of the past and those of the future. The nation-state is enduring pressure from all sides. In that sense, further fragmentation of national identities, as Anderson puts it, is likely to persist.

At the same time, though, there is debate over whether a new international institution should be created to represent all democratic forces and build a safeguard against populist illiberalism. The new decade just dawning is set to be defined by this debate.