Opinion: Israel is playing politics on the moon | Science| In-depth reporting on science and technology | DW | 11.04.2019

Opinion: Israel is playing politics on the moon

Whether it lands or crashes, Israel's Beresheet moon mission can only score big, politically, says DW's Zulfikar Abbany, as space becomes one of the most competitive domains next to land, air and sea. 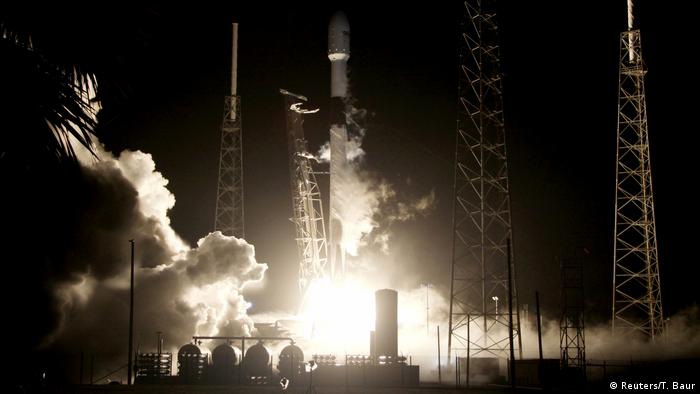 Perhaps it's a measure of the significance of Israel's first moon mission that I feel an urge to start by saying I grew up in a very Jewish area in North London in the UK. More than that, in fact, I grew up happily in a Jewish area, son of a German woman and a Kenyan-Asian man. We were all immigrants in the neighborhood, and we all got along.

If I may, I'll follow that almost entirely meaningless comment with another: Some of my best friends are Jewish. Horrible cliché that it is, and usually only deployed to preface some form of discrimination… some of my best friends are German, black, women, disabled, hermaphrodite, lesbian, autistic, neurotic bisexual, emo gamers but… We lost touch, somewhere over Sunday lunch and the swings at Shirehall Park.

If growing up in Hendon taught me anything — apart from the fact that there was a far less febrile time when Jews and "Gentiles" got along better than they seemingly do today in that area (almost every non-Jewish family has left) — it's that few things exist in the Israeli and/or Jewish context that are not religious and/or political. 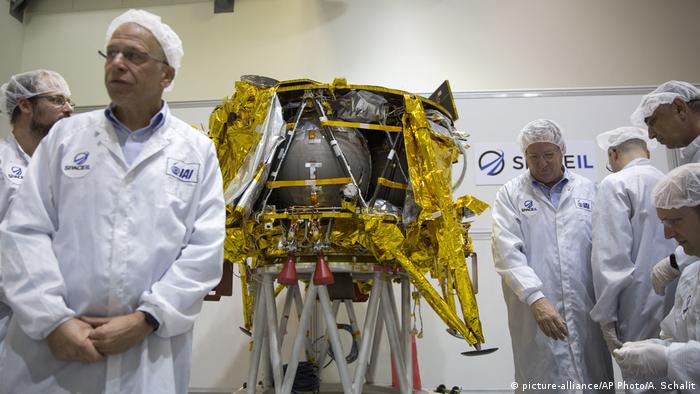 Understandably so. But that demands a brand of sensitivity that I've seldom had to call on before, hence the long prologue.

Back then it was about the Cold War and a military race between the USA and Soviet Russia. Although the international Outer Space Treaty, signed just two years before Neil Armstrong's giant leap, prohibits military activity in space, the science behind the rockets for space exploration is essentially the same as the science for intercontinental ballistic missiles.

SpaceIL, the company behind Beresheet, can say all it likes about its mission to inspire Israelis to pursue STEM (science, technology, engineering, math) careers — and some may genuinely believe it — but that in itself is a political act.

And a military act to boot.

It's military because SpaceIL, which sells itself as a "non-profit," has teamed up with Israel Aerospace Industries, a for-profit company with experience in land and naval defense, cyber and homeland security. 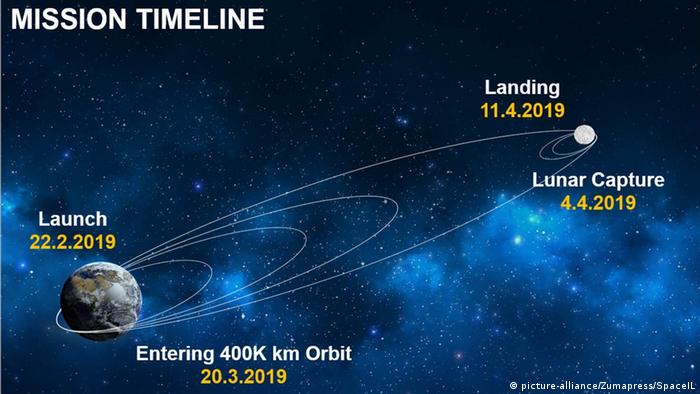 Now this is where I'll have to call on my underdeveloped sense of sensitivity, but I'll give it a go. Israel is no stranger to flexing its military muscles in the Middle East. Even as a peacenik (no hippie, mind), I can see how Israel feels a need to defend itself, no matter how you feel about Israel's own indiscretions in the region.

So what better way to show you mean business to a near-neighbor, such as Iran, who wants to see your nation state destroyed, than by blasting a rocket to the moon?

It's like Crocodile Dundee in the 1980s film of the same name disarming a mugger in New York with the words: "That's not a knife. This is a knife!"

And there's plenty more where that came from too.

Read more: Opinion: The US' 'five-year' moon plan is dangerous

As the name implies, Beresheet is just the beginning. Literally. It is Hebrew for "in the beginning," the first word in the first chapter of the Torah, a Jewish scripture. It is the veritable "Genesis" of Israel's spacefaring ambitions, and it comes at a time of incredible political significance.

Not only has Israel sought and received highly-contested support from the USA — namely, Washington's recognition of both Jerusalem as Israel's capital and the Golan Heights as Israeli sovereignty — but Israeli Prime Minister Benjamin Netanyahu has also just been elected for a fifth term. 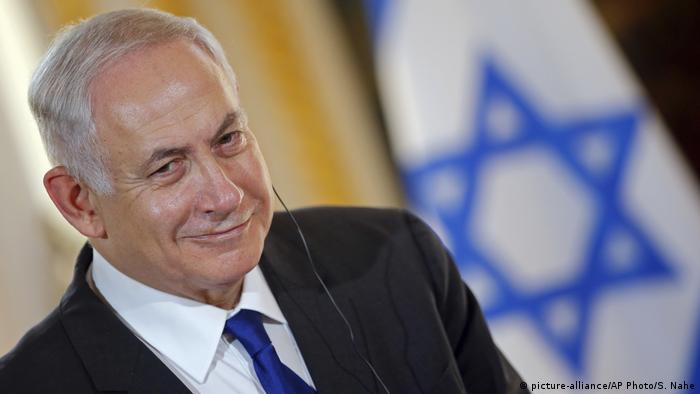 Israeli Prime Minister Benjamin Netanyahu and a smile that can only get bigger — Beresheet succeeds or not.

Well, you may say "bully for Ben." And, sure, these are all wins for Netanyahu.

But they won't be without risk — the first of which concerns Netanyahu's own political future. Having a moon landing to launch a second decade in office (since reelection in 2009) seems like a pretty good start, especially when your government didn't pay for it. But where to from there?

The Beresheet mission is significant in itself, of course.

It will land at Mare Serenitatis, an historic lunar site. At its southeastern border, the Sea of Serenity lies close to Mare Tranquillitatis ("Sea of Tranquility"). That's where Apollo 11 landed in 1969 — a moment of huge significance for America as a whole, and specifically for the new US president, Richard Nixon.

Astronauts Neil Armstrong and Buzz Aldrin planted an American flag on the moon, the USA "won" the space race, and Nixon's term was set. He then presided over a successful Apollo program before killing it in 1973. He approved an US-Soviet space collaboration. But he was not reelected. 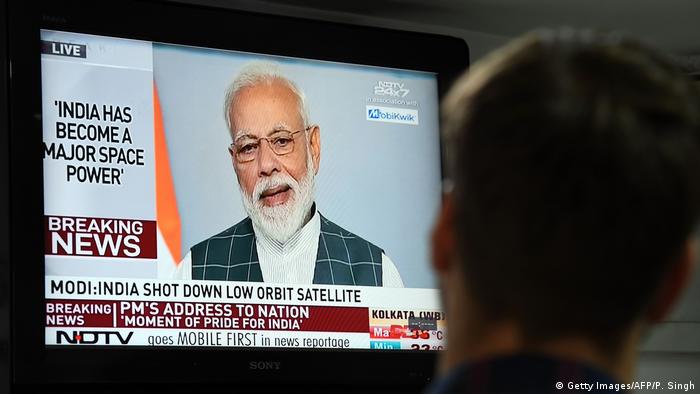 Hot on Netanyahu's heels: Indian Prime Minister Narendra Modi boasted recently about his country's anti-satellite rocket capabilities — it shot one of its own satellites down

Fifty years after the 1969 moon landing, Beresheet will leave a time capsule on the moon, containing Israel's Declaration of Independence, the Bible, the Hatikvah — Israel's national anthem — an Israeli flag, a Hebrew Traveler's Prayer, various bits-and-bobs of human knowledge and culture, and notably… photos of Israel's landscapes.

I wonder how Jerusalem and the Golan Heights figure in the latter.

Just saying. But for a reason.

Space exploration has changed immensely since 1969. But once again, it's a highly competitive field, and increasingly commercialized and militarized. Along with cyberspace, space itself has become one of the raciest domains next to air, land and sea.

And following China's dark side landing, and with India preparing to launch its Chandrayaan-2 moon lander, with Japan's lunar ambitions, and ever more players like Saudi Arabia, South Africa and Iran coming on the scene, space will get racier still.

It will be the politics of human nature writ large, in the heavens. Individual countries and companies will lay claims where they have no claims. And only few, if any, will truly come together — unless it suits them politically.

Seconds away from landing on the moon, the Beresheet spacecraft's main engine failed. At a cost of $100 million, it is considered one of "the lowest-budget spacecraft to ever undertake such a mission." (11.04.2019)