OneWeb of 600 internet satellites in space 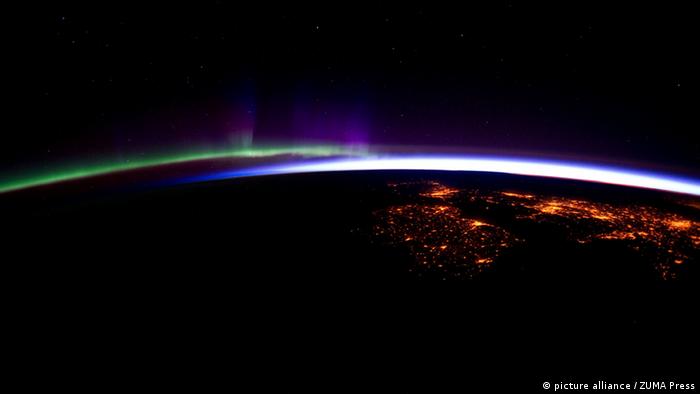 The idea is simple: Get everyone on the planet on the internet. And there's a US-based company called OneWeb, which, along with European aerospace firm Airbus, hopes to achieve just that. It's not the first or even the only one to try it. But OneWeb is the first to get so far.

After starting up seven years ago, the company is finally starting to launch a fleet of about 600 satellites into a low-Earth orbit. That's closer to Earth than most communications satellites and one reason why the network might actually work, with "better web performance," as the company puts it.

Low-Earth orbit (LEO) is typically up to an altitude of 1,000 kilometers (621 miles). For comparison, the International Space Station orbits at about 400 km, while other satellites in LEO tend to be for Earth observation and military purposes. Most telecommunications satellites fly twice as high in medium low-Earth orbit (MEO), or even higher at geostationary Earth orbit (GEO).

Not that it's an impeccable source … but allow me to quote Mark Zuckerberg as played by Jesse Eisenberg in the 2010 movie "The Social Network."

Zucker/Eisenberg says: "Let me tell you the difference between Facebook and everybody else — We. Don't. Crash. Ever."

It's a simple line, and while perhaps not entirely true, it's one that underscores the power of Facebook and the power of our digital age as a whole.

We don't ever want to crash. Increasingly, we can't afford to crash. We don't ever want to be offline. Because when we are offline, we're lost. We've come to expect an "ubiquitous internet" so we can stream films, order drugs like pizza, and share selfies with Sumatran Tigers, or random acts of teenage violence from any phone, anywhere.

But here's the thing: The internet is not everywhere.

There are huge plots of the globe where hopping online is a dream, and patchy connectivity and total outages are the nightmares of everyday life. In fact, in some cases, being offline is worse than a nightmare — it's deadly. Think rescue workers trying to locate survivors after earthquakes, and getting information to those who need it, fast. 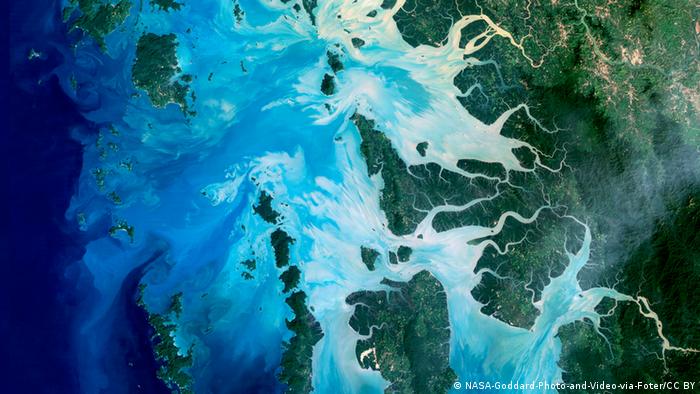 Earth observation image of southern Myanmar as captured by Landsat 5, a low-Earth satellite

OneWeb lists the following use cases: 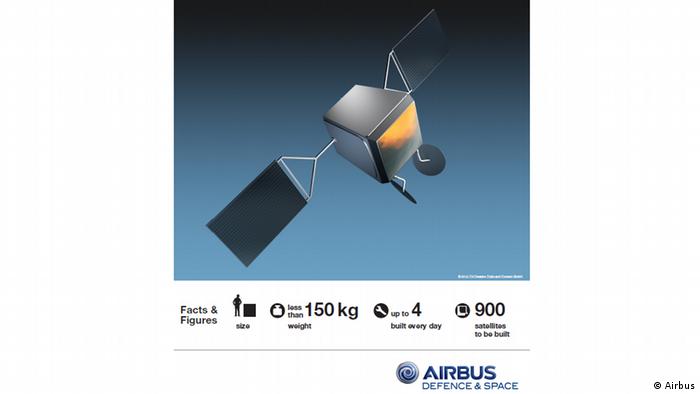 But, erm, what exactly does "any regulatory environment" mean?

First, let's take a step back. Some of us may not even wish to be online … churlish, curmudgeons who refuse to fit in with the tech industry's turbo-charged capitalism … they're luddites, letting the team down, right? Either that or we, the great unwashed, ungrateful West, will say in our infinite arrogant wisdom that "they" have nothing to fight for, or that they're plain freedom-haters.

Where's Kris Kristofferson when you need him?*

A single, global internet is for the good of everyone. Surely. No matter what you want it for. And it'll be free of any earthly challenges, such as sharks biting into submarine, trans-Pacific telecommunications cables, or our having to dig up remote desert landscapes in Sub-Saharan Africa, or even Australia.

Isn't that what we mean by environment? Some.

The environment — as in the ground beneath our feet and the air we breathe — does indeed play a role in space, because even internet satellites will still have to beam our films and social media movement back down to Earth, and satellites hate cloud cover as much as the next paranoid android.

Plus, we'll need a dish or receiver on the ground to pick up those signals. OneWeb's "user terminals" are apparently good for 3G, LTE and W-iFi connectivity. But the airwaves are dogged by interference, so it begs the question: Why not just lay a cable, instead of taking a detour through space?

Because before we all start shooting hoops of joy, thinking OneWeb solves everything for the digitally oppressed of China or North Korea, the good money is on China blocking foreign satellite internet signals. No large power on this planet is above the use of jamming technology — in case you've never heard of it, jamming technology does what's written on the tin, it jams or blocks signals.

Oh, and did we mention that the US and Russia are in on it, too? 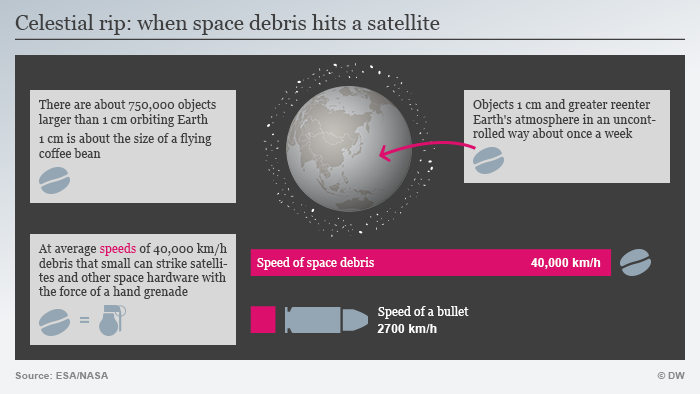 That's not to mention the fact that China has business interests to protect: Current indications suggest that China wants to develop its own broadband satellite constellation in LEO. It already has satellite customers in Nigeria, Indonesia and Cambodia.

And as a result, India will also want to flex its network muscles sometime soon. And the UK.

Russia, meanwhile, has voiced its concern over OneWeb's plans to bring the internet to remote parts of its country as it reportedly fears the company's network could be used to gather intelligence and damage national security.

Vladimir Sadovnikov, a Federal Security official there has been reported as saying "the only way to address the threats of foreign satellite networks like OneWeb, especially in the Arctic region and Far North, is to restrict their usage in Russia."

Whether they do that, or whether they even have the technology to do that, doesn't really matter. The message is abundantly clear: Avert your eyes, Five Eyes!**

The business of it all

Russia's message carefully leaves the door open for it to restrict other foreign networks too, because they will come.

Google has long had its head in the clouds with "Project Loon," a kind of mesh-network built with hot-air balloons. And Facebook has had a solar-powered drone project called Aquila. Both, it seems, could be used as "just-in-time" internet services, dashing on an ad-hoc basis to where emergency connectivity is required.

But the main contenders are SpaceX, which is already deep in the satellite-launching business and has space internet plans dubbed "Starlink," and then there's also Amazon, an online retailer turned "backend" provider and rocket builder. 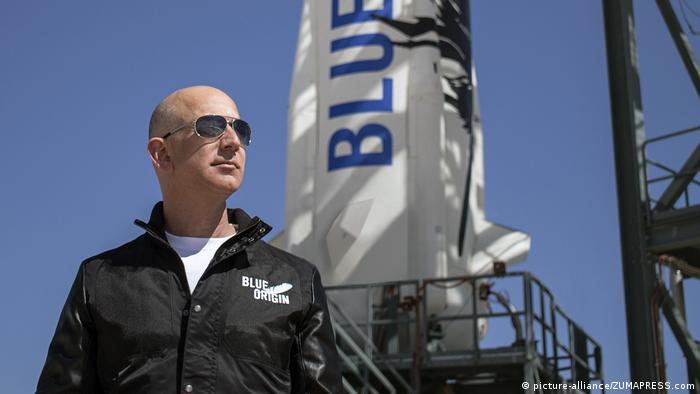 Many of America's tech entrepreneurs, like Amazon's Jeff Bezos, have had life-long interests in space. They went into business first. But space was a first passion

Amazon's sister company, Blue Origin, builds the rockets, and just recently signed a deal with Canada's Telesat to launch part of a satellite constellation. It will aim to provide high-speed internet access to governments and businesses … not least its own.

Aside from its consumer retail business, Amazon's Web Services (AWS) platform is huge. AWS offers business-level computing services, including servers and big time analytics. And the bigger it gets, the less it will want to rely on external networks.

Ultimately, these networks are about controlling the flow of information, whether it's for entertainment or saving lives.

All you have to do is ask yourself whether you can trust a business to deliver a free and open, net neutral internet. Or whether you think it'll side first and foremost with its shareholder interests. Those interests may well coincide with your own, so if you're okay with that, then okay. But if not, then, Houston … we truly have a problem.

And not just the one.

Do the math, and you quickly realize that OneWeb's 600 satellites are just the start.

Amazon and SpaceX will each want to launch hundreds of their own satellites just to stay in the running, and then China and Russia will feel they have to add theirs to mix … 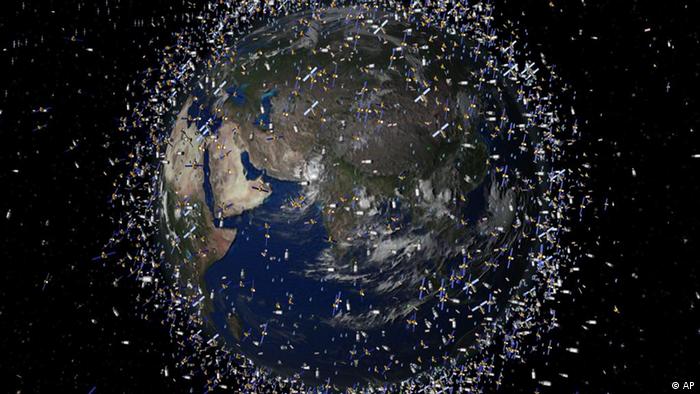 But low-Earth orbit is already over-populated with satellites, many of which are dead and inoperative. It's pure junk. And while there are technologies and ideas for how to mitigate a space-environmental-catastrophe, there's no enforceable law to have countries or companies remove all their junk. Which is a problem, because space debris is not just litter, it's also a potential danger to life and telecommunications.

OneWeb is aware of this "over-crowding" issue, up to a point.

It's developed a "Progressive Pitch" technology, which, says the company, will allow it to tilt "satellites as they approach the equator to make sure we never cause, or receive, interference."

Okay, so that's an "uninterrupted" service for you.

As for all that junk, OneWeb says its satellites will deorbit automatically when they near the end of their "intended service life."

Two years ago, DW tried to ask OneWeb for details on its sustainability plans at the European Space Agency's 7th conference on Space Debris. But they just walked off. That's one way to say "no comment."

This article was originally published on 26.2.2019 with the headline "OneWeb of 900 internet satellites in space." At the time of researching and writing, the number of 900 satellites seemed correct. We have since learnt that OneWeb have revised the number to "<600 satellites needed for global coverage." The company appears to have resigned its website since the first six satellites were launched on February 27, 2019. We have changed our headline and the body of the article accordingly (7.3.2019).

Rendezvous with a death star: satellites may one day rust in peace at the Necropolis

Of the many daily deadly threats to life, one you are least likely to think of is space debris. But be warned: some of it crashes through Earth's atmosphere, while other bits pose a risk to your future life in space. (26.07.2017)

If you think Earth is plentiful, wait until we get to space. Many thousands of near-Earth asteroids are littered with valuable minerals, and the moon miners are lining up for a dust rush. But one man is ahead of us all. (24.10.2017)