India's staking its future — and that of its leader Narendra Modi — on a new space race 50 years after the first moon landing. So what's it got planned and can it compete in the major league: USA, Europe, Russia, China? 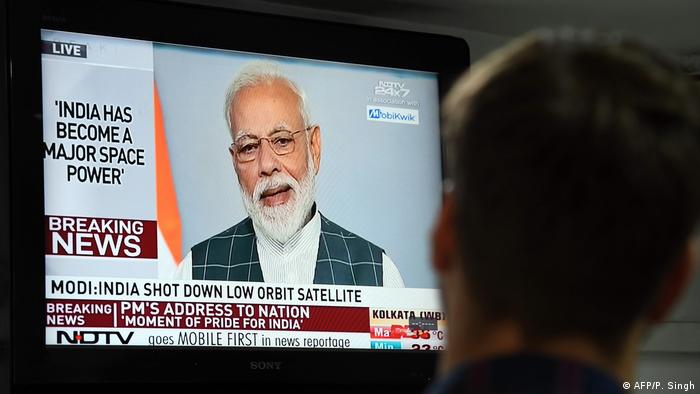 India shot down one of its own satellites and half the world said, "Oooh, naughty, naughty!" The other half brushed it off as a cynical campaign ploy — India starts general elections next month and Prime Minister Narendra Modi may feel a stab of last-minute posturing will do his chances against his much younger opponent, Rahul Ghandi, a universe of good. And he may be right.

But India has long-held global ambitions in science, medicine and technology. It has many more ambitions "off-planet."

And so it should.

After all, huge numbers of IT specialists, engineers and doctors from India are living and working in the US, Europe and Australia… That is, if you will allow the positive prejudice. They've got the expertise.

In fact, a 2014 United Nations report on the prevention of an arms race in space cites India as being one of only eight countries that had "serious space capabilities." The other nations on the list were the United States, Russia, China, France, Japan, Israel and Iran.

India has a fleet of rockets and launchers, notably the Polar Satellite Launch Vehicle (PSLV) and the GSLV, a heavy-lift launch vehicle developed "indigenously" by the Indian Space Research Organisation (ISRO).

Since 1999, India has launched 269 foreign satellites from 32 different countries, so it's well in the "new space" market. ISRO is involved in Earth observation, disaster management support and telecommunications from space — the same kind of stuff that the rest of the major league gets up to: NASA (US), ESA (Europe), Roscosmos (Russia) and JAXA (Japan).

It has its own launch site, the Satish Dhawan Space Centre at Sriharikota.

And if you thought it was only Elon Musk and Jeff Bezos in the US who cared about sustainability in space, or reusable rockets… Well, India's got one of those in development, too, the soberly-named Reusable Launch Vehicle (RLV-TD).

So there is no question about India's technical abilities.

But there is this: How can the world stand by while India, or any nation for that matter, fires missiles into space? It's a clear "weaponization" of — what is supposed to be — a non-military, "for the good of humanity" international territory.

And it's precisely the kind of development that people feared in 1983 when then-US President Ronald Reagan proposed a Strategic Defense Strategy. It was dubbed "Star Wars," for obvious reasons. They thought it would spark a new arms race. 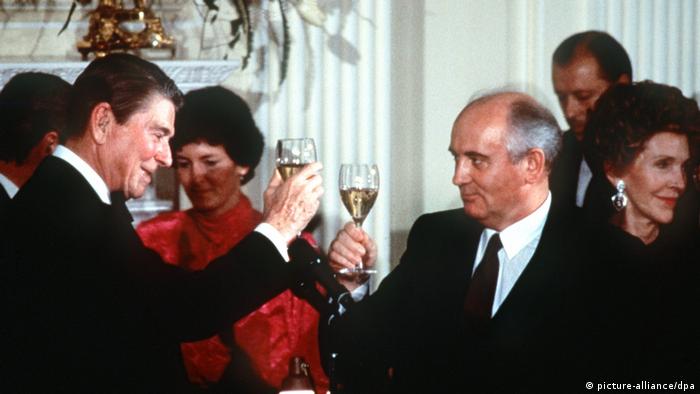 The 1967 Outer Space Treaty was designed to stop the two main space powers of the time, the USA and then-Soviet Union (Russia) from militarizing space. A lot has changed since President Reagan and President Mikhail Gorbachev began a peace process.

Second: how can India justify splattering satellite shrapnel around low-Earth orbit — an area close to our planet and home to about 1200 satellites? It's akin to littering — but on a vast and potentially dangerous scale.

An act of environmental degradation just to show you can?

India has no known enemies in space. So what exactly it's trying to achieve by becoming the fourth country to demonstrate an ability to destroy active satellites is anyone's guess. Meanwhile, millions starve.

It's a messy business.

Aside from everything else, debris from dead satellites can cause a massive and, indeed, life-threatening cascade of repercussive explosions. That could knock out your GPS or — horror-of-horrors — your entire media stream.

The last country to pull off a stunt like that was China in 2007.

Then, ironically, a year later they joined forces with Russia to submit a draft treaty at the United Nations on the "Prevention of the Placement of Weapons in Outer Space and of the Threat or Use of Force against Outer Space Objects" — such as artificial satellites. 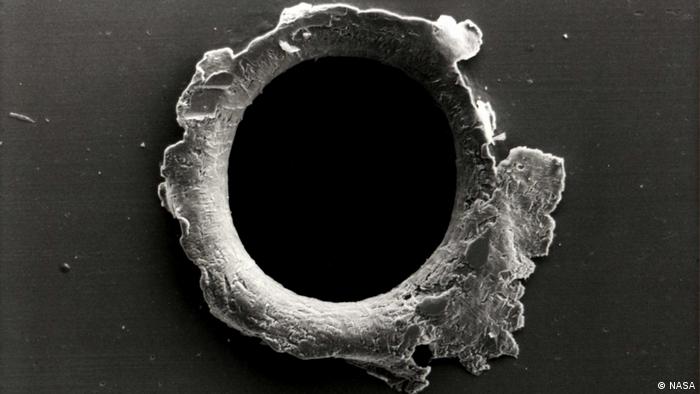 Even tiny bits of space debris can rip huge holes

Significantly, in 2014, an updated version of this draft treaty was knocked back by the US, a country with which India is keen to work in space.

India is involved in talks on a proposed treaty on the "Prevention of an Arms Race in Space" (PAROS).

But there's no doubt now: Modi has muscle.

And he wants to flex his muscles, too.

The next time he visits your village and you want him to go, forget trending #GoBackModi… try #Modi2Moon. He may well take you up on the idea.

India's preparing to launch Chandrayaan 2, its second mission to the moon, by the end of April — funnily enough, that'll be slap-bang during the general elections. 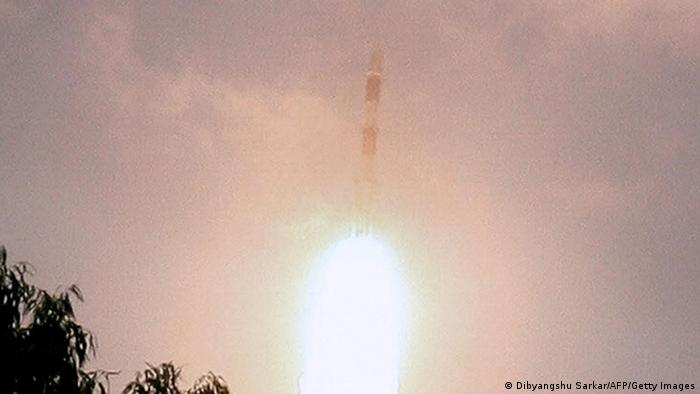 India launched its first moon mission, Chandrayaan 1, in 2008. The spacecraft orbited the moon before communication was lost less than a year later.

Another show of force, per chance?

Chandrayaan 2 could be a huge step for India. It will launch on India's largest rocket, the GSLV Mk III, and carry a laser instrument owned by the Americans. The mission will also attempt to land an Indian rover on the moon.

The Chandrayaan 1 spacecraft orbited the moon, carrying 11 scientific instruments built in India, the US, UK, Germany, Sweden and Bulgaria.

There's good reason to return to the moon. It's 50 years this year since the first human moon landing, about 47 since man last stepped foot on its surface, and a renewed interest has grown since January when China landed on the almost entirely unresearched "far side" of the moon — the bit we can never see from Earth.

Scientists and technologists also say the moon should be used as a test site for missions to Mars. They say we'll need stations along the way, like camps up and down Mount Everest. The moon and the International Space Station could also form the first "nodes" in an interplanetary internet.

And if the stars truly align in Modi's favor, India may make it there before Beresheet, a lander built by an Israeli non-profit organization called SpaceIL. Beresheet launched on February 22, but on a slower trajectory than that of Chandrayaan 2.

So some reckon there's a small chance that India will pip Israel at the post to become the fourth or fifth nation to land on the moon.

Indian Prime Minister Narendra Modi has claimed his forces shot down a low-earth satellite in a pre-planned test. Such capabilities raise fears of a weaponization of space at a time of rising tension with Pakistan. (27.03.2019)

India fights fake news on social media ahead of election

India's political parties have been told to eliminate hate speech and misinformation from their social media accounts. However, experts warn that enforcing an ethics code will be difficult. Murali Krishnan reports. (26.03.2019)