Opinion: International Women's Day is a day of mourning for Africa 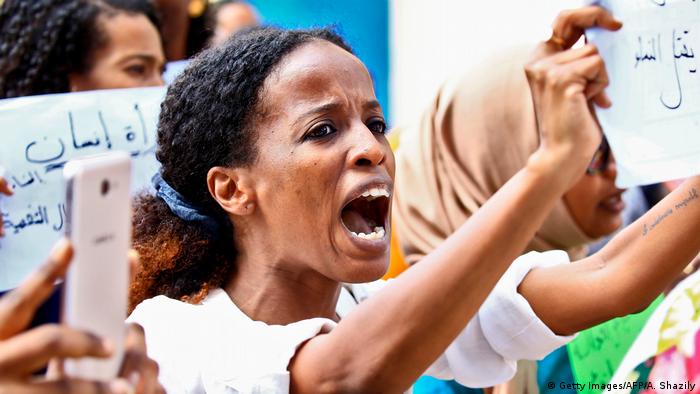 International Women's Day should celebrate the fruits of decades of activism. But, on a continent where those who stand accused of sexual abuse often get rewarded rather than punished, what is there to be proud of?

The UN's theme for the 2021 international celebrations is "Women in Leadership: Achieving an Equal Future in a COVID-19 world" — yet I'm having a hard time fully embracing that idea, given the pain and destruction that COVID-19 has caused, especially to women.

Sure, there was a woman instrumental, for example, in developing the BioNTech-Pfizer vaccine, and that should indeed be emphasized and even celebrated.

But what about all the women who have lost agency over their own lives not just in these past 12 months but in all the years since we've been celebrating this day? 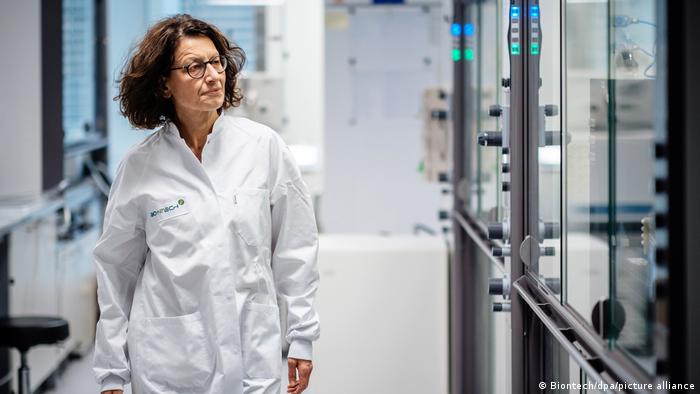 BioNTech's Özlem Türeci was instrumental in creating the leading vaccine against COVID - but does that uplift women?

International Women's Day is unfortunately increasingly becoming a rolling stone that seems to gather no moss.

As I cast my mind back to the euphoria that typically greeted the celebrations on this day in my homeland, Cameroon, I cannot help but recall that this is a country that has 43.2% of its women population facing domestic violence daily, while 39.8% and 14.5% face emotional and sexual violence, respectively.

And, with 56.4% of women suffering at least one form of violence in my country, I struggle to find a reason for celebration with or without COVID. 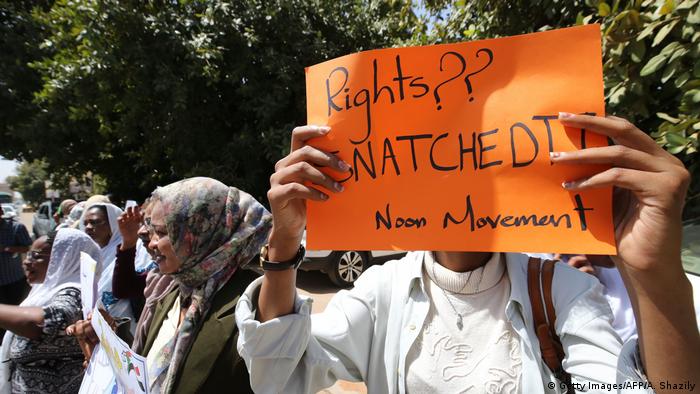 What am I to celebrate?

As I don't wish to be overly pessimistic, I have been searching for a reason why women in Africa — especially those suffering from sexual violence — should still be celebrating on March 8. What concrete event can we, as women, feel truly proud of?

Unfortunately, skimming through recent history in my mind, I could only come up with one noteworthy event, namely the recent resignation of Zimbabwean Vice President Kembo Mohadi over allegations of moral impropriety. 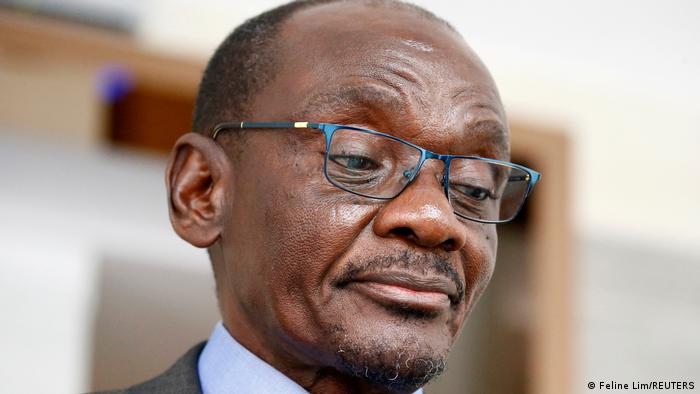 The fact that an African politician would resign over an issue such as sexual misconduct has certainly set a new record for Africa. And one doesn't have to journey back in time too long to understand that this truly is a rarity in Africa.

And they say that chivalry is dead...

For who could forget the story of Fezekile Ntsukela Kuzwayo, who accused South Africa's former president Jacob Zuma of rape, sparking a national debate about rape culture in a country, where according to the "Rape Crisis" advocacy group, 40% of women experience rape at least once in their lifetime?

When the case was brought before court in 2005, Zuma was only the president of the governing party, the African National Congress (ANC). But despite the mounting evidence against Zuma, it was only his account that eventually held up in court, namely that the sex acts had been consensual. 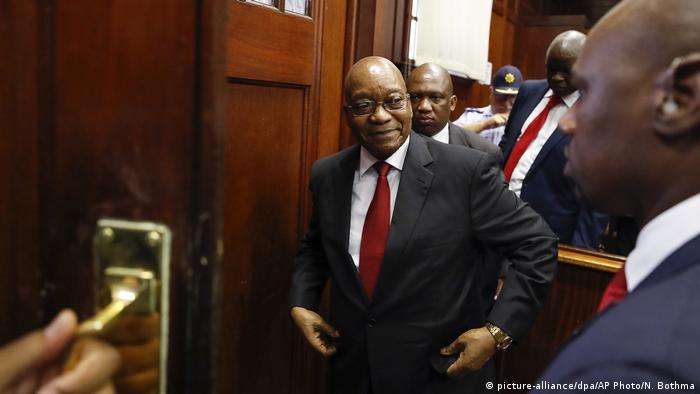 Former South African President Zuma has dodged the law with over 700 charges against, including several counts of rape

One year later, Zuma was 'rewarded' with the South African presidency, which he held for almost a decade. During this period, he repeatedly reminded his people of such progressive ideas like taking a shower after sex to dodge HIV/AIDS, that it was not 'natural' for females to stay unmarried, that having children was imperative to a woman, and that same-sex marriage was 'a disgrace to God.'

Putting the 'culture' in 'rape culture'

But let's set Zuma's politics aside and get back to Fezekile Ntsukela Kuzwayo for a second: This woman was abused, hounded and castigated. Her family home was burnt down. Ten years later, aged just 41, Kuzwayo died without ever receiving justice. And yet I am supposed to brush this aside and celebrate women?

Fine. Let's assume — just for argument's sake — that Zuma didn't simply abuse his power but that the courts were right, and that the former president was somehow innocent, and move on. 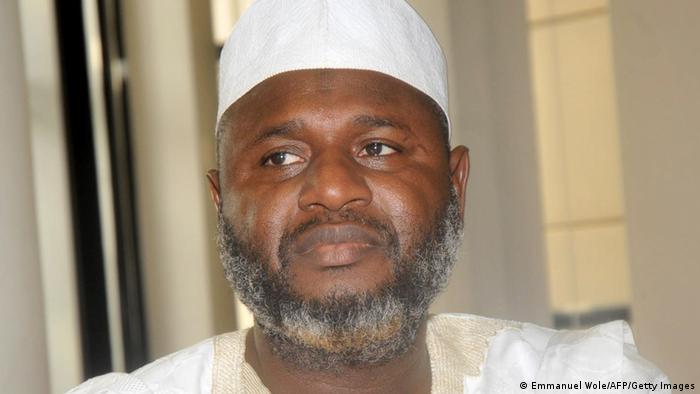 Let's talk child marriage instead, another great "accomplishment" for women across Africa. Let's look at the case of Nigerian senator Ahmad Sani Yerima, who married a 13-year-old girl from Egypt in 2010 when he was 49 years of age, defending his actions based on his religion.

Yerima told the BBC at the time that the Muslim faith permitted this union, and that he would "not respect any law that contradicts it, and whoever wants to sanction me for that is free to do that."

Sanction on part of innocent bystanders

Letting the powerful get away with rape and child abuse requires more than just "sanction." It calls for collective action across the globe. Instead, however, there is silence, making it clear how hundreds of girls can be kidnapped every couple of years in Nigeria, with the political elite doing nothing to stop this carnage.

Little is known about what exactly happens to these girls in captivity, but perhaps you need only ask yourself why the targets of these terrorist gangs are usually girls. And I am not even going to begin to write about Female Genital Mutilation (FGM) in Africa here, as this ugly subject deserves a whole library of articles and books in its own right. 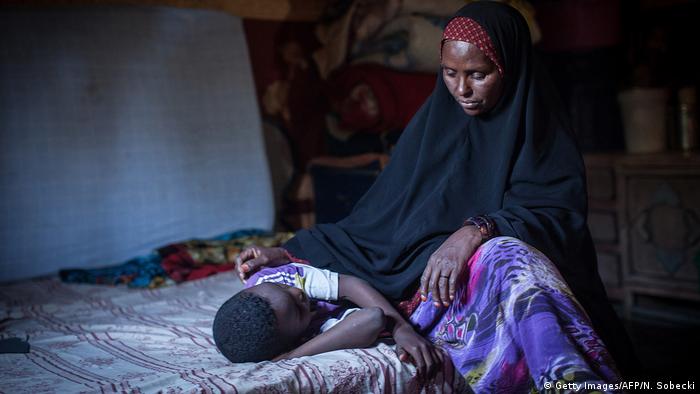 Queens used as pawns: Women in a machismo world

Abuse of power can take on many shapes. In some cases, the abusers of women are becoming more powerful simply by showing off how they subjugate women; however, in other instances, women are simply being used as pawns in political chess games.

Take the case of Senegal's opposition leader, Ousmane Sonko, as an example: The many accusations of sexual assault against him have been denied on the grounds that they are allegedly ploys created by the president to discredit him. This goes to show that regardless of the truth, it is obvious that women can unapologetically be used as tools at the hands of power-hungry politicians. 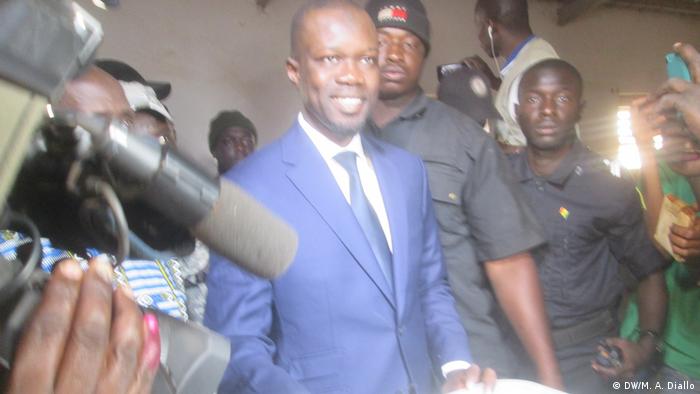 How are any of these women on the path to becoming "Women in leadership," let alone "Achieving an equal future?"

Nearly a half century of ignorance

Please don't get me wrong: I am indeed an advocate of women's empowerment, but I just have to be honest and admit that for the first time, International Women's Day feels rather like a whitewash on the tombs of the many women suffering and dying daily. This day has simply become a faceless event that moves on each year, without any actual focus on the liberation of the ordinary woman or girl child.

Indeed, in the 45 years since it was first officially celebrated by the UN, this day feels like it marks regress rather than progress when it comes to the African context. We should use March 8 as an international day for activism against the injustices women continue to suffer — rather than a day of celebration.

We will celebrate when we have something to celebrate. But at this rate, I doubt we will witness the true liberation of African women any day soon. And until that day arrives, what exactly is it that you want me to celebrate?

Boko Haram may have abducted children and young women in Cameroon for sex exploitation and suicide bombing. Internally displaced persons were also vulnerable to human trafficking by militant groups.

Brazil: Police raid on a favela in Rio leaves over 20 dead 59m ago