DW's Fanny Facsar has returned to her native Hungary to witness political enemies join forces against the government for the first time. This could be a turning point for the country, she says. 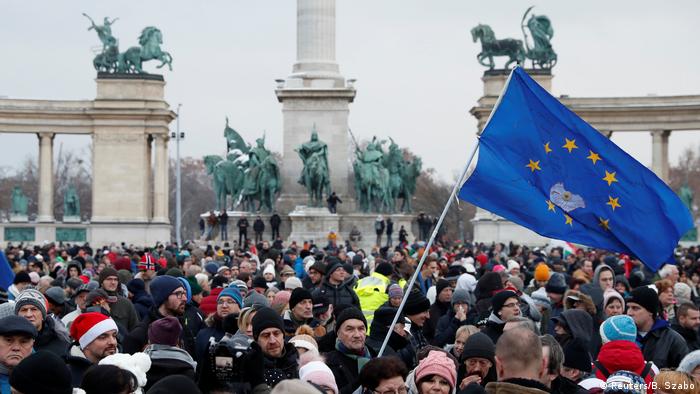 The threat of forced, unpaid overtime is making people from across the political spectrum take to the streets of Budapest.

I have traveled here many times to report about Hungarians' angersince Prime Minister Viktor Orban took office: Over a new restrictive media law, a new constitution and changes to the electoral system benefiting the governing Fidesz party. Every time I heard from people concerned that democracy in Hungary is deteriorating.

But Orban wasn't impressed at all by the dissent. Instead, he continued with his fear-mongering, anti-immigrant rhetoric. When I talk to Hungarians today, they will ask me whether I feel safe in Berlin despite "all the migrants there," and they are stunned when I say "Yes." Because what many of them hear on the state-run broadcasters is that immigrants take away jobs and commit crimes, posing a threat to national security.

The voice of the left-wing opposition is hard to find in Hungary's state-run media. But its proponents are also to blame: For years they wasted time with internal quarrels, rather than uniting to pose a real alternative to Orban's policies. 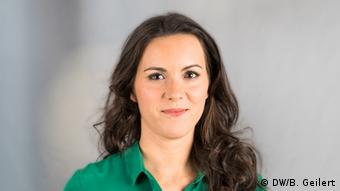 But now is the very first time that Orban's policies are being met with a wave of protests that cannot be ignored. All opposition parties are rallying against the government — and protests have begun to shift from Budapest to the countryside, to the strongholds of Orban's Fidesz party. These protests are still relatively small but it could be a starting point of actual resistance.

It struck me to see that far-right Jobbik supporters protesting side by side with Greens and Socialists. A protester waving the European Union flag was marching next to nationalist Jobbik supporters, who were burning those same flags not long ago. Now it seems the entire opposition is cheering for each other and chanting "Orban must go."

This protest could be a turning point. The threat of having to work massive hours of unpaid overtime has brought Hungarians of all stripes onto the streets. What we are seeing in Hungary can for now and at its best signal a new beginning for the opposition and energize undecided voters. At its worst it could bring about more drastic measures by the government to crack down on dissent and cement its power.

For years the fragmented Hungarian opposition did not manage to find a leader who could pose a real alternative to Orban. As a result, previous anti-government protests dispersed quickly.

If the opposition now fails again to find a strong leader, their protest may quickly fizzle out, like a hot Hungarian goulash turning cold.

COVID: Germany to relax entry restrictions for summer 2h ago