New data showing Germany's staggering trade surplus is likely to feed into US President Trump's protectionist rhetoric. But he has to realize that a strong German economy is also a boon to the US, says DW's Henrik Böhme. 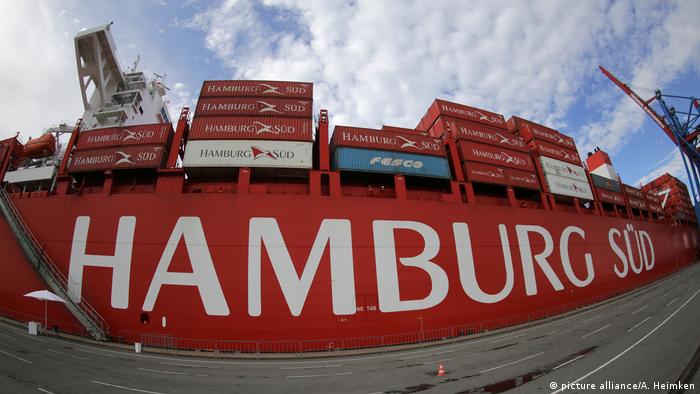 The news that Germany posted record exports and a gigantic trade surplus for 2016 is sure to infuriate the new man in the White House, President Donald J. Trump. Perhaps he might let the whole world know of his rage with a tweet, somewhat on these lines: "See, another example of how these Germans are exploiting our economy and destroying our jobs by flooding our market with their products."

But such an over-simplification of the complicated world of trading relations is not helpful to anyone. Yes, it is true that Germany is an export powerhouse, in fact the third-largest exporter worldwide. The biggest exporting nation in the world is China, followed in the second place by none other than the United States itself.

But why don't Germans make a fuss about it? Because it's clear here that it takes two to trade; one wants to sell something that the other needs. And also because Germany acknowledges and accepts that the US is still the most powerful economic actor in the world, and not China.

As a case in point, the US' total annual economic output amounts to around $18 trillion (16.8 trillion euros), with a population of some 320 million inhabitants. That figure is way higher than that of China, which is home to four times as many people.

The logic of business

It was also not a German decision to shift labor-intensive US production abroad. The sad story of the dilapidation of the auto industry in and around Detroit, for instance, has had to do with poor corporate strategies and shabby product quality, but not because German automakers sell their cars in the US.

And the reason why the US president sees so many Mercedes cars on 5th Avenue in New York but hardly any Chevrolets in Germany is because the US parent company, the Detroit-based General Motors (GM), decided a few years ago not to sell any cars under this brand in Europe.

GM sells its vehicles on the European continent only under the brand names Opel and Vauxhall.

Opel cars are abundant in Germany, and to put it simply: each Opel car sold in Germany fills the coffers of GM, helping the company to retain or create jobs in Detroit. And this is exactly how trade in many other products is occurring among various nations worldwide.

Criticism of Germany's export power is neither new nor correct nor original.

Of course, Germany could reduce its huge export surplus if the state were to invest more. But suppose the government decided to have all schools in the country renovated, how would US firms benefit from that?

There is also an oft-suggested proposition to raise the wages paid to German workers, in a bid to bolster their purchasing power and encourage consumption, which could potentially lead to Germany importing more products from other countries.

However, there is an issue with this proposal: wages in Germany are set not by government, but rather through negotiations between unions and management. Meanwhile, Germans are in a state of buying frenzy in recent months, with their confidence boosted by the country's strong labor market. This has led to the emergence of domestic demand as the main driver of Germany's economic growth in recent times.

Furthermore, it has to be noted that it's not just German exports that rose last year; even imports soared to a new record and Germany is the third-largest importer worldwide.

The issue about the weak euro

Another accusation leveled against the Germans is that the "weak" euro is being used by them to "exploit" the US and other trading partners. It's pure nonsense. First of all, the euro is not solely Germany's currency, but rather that of 19 European countries. Decisions related to the currency and monetary policies are taken by the European Central Bank (ECB), led currently by Mario Draghi, an Italian.

Another record year for German exporters

Sluggish global hasn't prevented German exporters from shipping a record volume of goods abroad over the past 12 months. Imports also reached a new high in 2016, but the increase was less pronounced. (09.02.2017)

With his policy of ultralow interest rates and a massive bond-buying program, Draghi has helped push the currency downward vis-à-vis a basket of currencies, including the US dollar. While Draghi's policies have been responsible for the weaker euro, the biggest critic of his course of action during this time has been none other than the German representative on the ECB's Governing Council, Jens Weidmann.

Perhaps it's time to acknowledge that German firms have simply succeeded in doing their homework better, and that Germany's fabled small- and medium-sized companies - many of them specialized in making machine tools - are much well acquainted with the needs of their customers.

It's also important to recognize that these companies haven't simply fired their qualified and skilled workforce during crises. Furthermore, German carmakers create and help retain thousands of jobs in the US.

It would definitely be worth the US president's while to gaze at reality, even in times of "alternative facts."

Philippines: News site Rappler ordered to shut down 1h ago

Opinion: Can the West wean India off Russia's influence? 15h ago