Opinion: Germany′s courts take the wheel on diesel bans | Germany | News and in-depth reporting from Berlin and beyond | DW | 27.02.2018

Germany's court system has acted where lawmakers wouldn't by allowing cities to ban diesel cars. The decision could force a change in how the country approaches its auto industry, says DW's Jens Thurau. 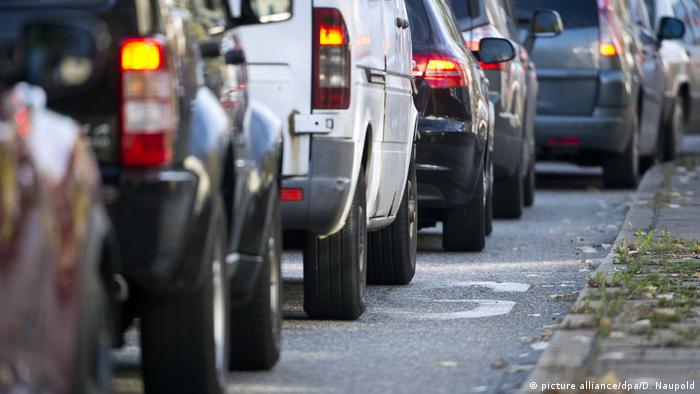 In the early years of Angela Merkel's time in office, she was known as the "climate chancellor." She pushed for international climate protection policies and worked hard to persuade leaders of other major industrialized countries to follow suit. She declared that the shift to renewable energy had to become a priority. The problem is, she forgot to take Germany's influential auto industry along for the ride into an eco-friendly future.

The country's carmakers reacted accordingly. They continued build vehicles heavy on horsepower and neglected to develop electric alternatives. They marketed diesel power as a cleaner, environmentally-friendlier alternative to traditional gasoline engines. But diesel, as it turns out, emits much more nitrogen oxide (NOx) than gasoline engines. So German carmakers rigged emissions tests on a large scale in order to make diesel cars look a lot cleaner than they actually were.

Germany's top administrative court has now accepted a complaint lodged by environmental activists. If air pollution levels continue to be higher than allowed — which is the case in several dozen German cities — then municipalities are now allowed to (and will eventually have to) keep diesel cars off the streets. Thus Germany's court system is taking the steps that were neglected by policymakers.

For the time being, it is diesel cars owners who will have to foot the bill, and that includes many small businesses in the country. Attempts by policymakers and the German auto industry at fixing the problem by installing improved vehicle software have been half-hearted thus far. The cost of a truly efficient upgrade would amount to several thousand euros per vehicle, which the carmakers are unwilling to pay. But bans on diesel cars could now change that. Meanwhile, lawmakers, who are keen to avoid more trouble with Germany's influential and wealthy auto industry, are floating accompanying measures to help alleviate the problem, including free public transport and electric city buses and government vehicles. But the politicians know very well that the only means to reduce air pollution significantly is quickly upgraded, clean diesel cars on German streets. Failing that, cities can now introduce bans on diesel cars. It may not happen immediately, but it could in the medium term, and not only in those cities involved in the lawsuit, Dusseldorf and Stuttgart, but in many others as well.

A shift in momentum

Lawmakers were quick to add their two cents. Several state level politicians pointed out that such bans would be difficult to enforce because of a shortage of police. The likely solution is that German carmakers will ultimately introduce newer diesel vehicles, which meet rigid European Union guidelines and sport a special badge that allows them to be driven everywhere across the country. Older models would earn that right only after their engines have been upgraded. But support in Germany's parliament, the Bundestag, is currently lacking for that kind of nationwide legislation, leaving the states feeling left in the lurch by the federal government.

And while the German government can defend its carmakers from ambitious reforms on the domestic front, it is finding that task more difficult in Brussels. But it really does not matter that much. Germany is phasing out nuclear energy and has built thousands of wind and solar farms. Now the environmental momentum has shifted to the auto industry, thanks to a little pressure from the courts and the EU.