The worldwide trend toward fake news has gained significant momentum. Now European Union leaders are pushing back, but journalist Thomas Brey fears the bloc itself could still be under threat. 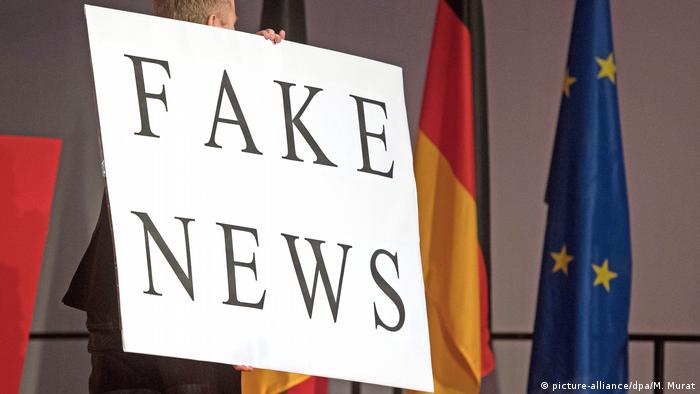 Facts are facts: That should be clear. Nevertheless, the way people interpret them can leave a lot of room to maneuver. This means that in today's media climate, even facts themselves are no longer undisputed. People complain that social media is the "wild west" of information. Those who have the power to sell falsehoods as true can establish their inaccurate assertions as the new truth.

Now even the European Union is worried. The European Commission sees Russia as the main source of false information and therefore as a factor in influencing elections in Europe. Moscow is accused of having influenced both the Brexit vote and the US presidential election in 2016. There is a "real challenge for our democratic systems," EU heads of state and government warned at their last summit in Brussels.

It was only in November that a cyberattack on a media outlet in EU member state Lithuania caused a stir. The news portal Kas Vyksta Kaune? (What's going on in Kaunas?) announced that unknown persons had posted a false report on its page to discredit NATO. The false report stated that the military alliance was planning an attack on Belarus.

The French media landscape experienced a similar event, prompting the country's National Assembly a few days later to pass a legislative package against targeted fake news during election campaigns. Journalists, as well as left-wing and right-wing opponents to the laws, threw up their arms in vain because they feared it would lead to "thought police" and "censorship." Meanwhile, German Justice Minister Katarina Barley has announced she wants to closely monitor the effects of the new strategy against false reports.

The phenomenon of asserting falsehoods has now also arrived at the EU's center of power. European Commission President Jean-Claude Juncker doesn't mince his words: "I made it very clear in the European Council that some of the prime ministers sitting there are themselves fake news sources," he said after the summit in mid-December. Hungarian Prime Minister Viktor Orban was a particular thorn in his side. "If Mr. Orban says, for example, that I am responsible for and guilty of Brexit, then that is fake news. When he says that migrants are responsible for Brexit, it's fake news," Juncker said.

The EU has recognized the explosive effects of simply making up falsehoods and wants to take countermeasures. At the beginning of December, the European Commission published an action plan which provides for subsidies to be increased from €1.9 million ($2.1 million) to €5 million. But this is apparently just a trifling sum in view of the hundreds and hundreds of millions of euros Russia has made available for its "information war" against the West.

In view of the dramatic effects of "untrue truths," serious action is necessary. A representative survey conducted last October by the Vodafone Foundation revealed that young people now find themselves exposed to fake news and hate speech at least once a week, and almost one-fifth of them are exposed to it on a daily basis. Three-quarters of those questioned wished that false news and hate speech were discussed at school, but the schools don't share that view.

Read more: Freedom of the press — A pillar of every democracy 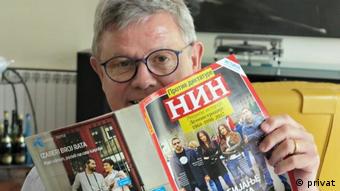 Longtime foreign correspondent Thomas Brey: The phenomenon of spewing falsehoods has now arrived in Europe, too

All experts agree that a promising long-term strategy against fake news would have to start in schools. But in Germany, the originally planned €5 billion for the digitalization of schools has been put on ice due to political resistance.

The constitutional amendment that was planned by the federal government is being blocked by numerous states due to constitutional concerns. The digital pact in its current form is a "frontal attack on our federal order" and should therefore be rejected, explained Winfried Kretschmann, the Green party state premier of Baden-Württemberg, because "we don't want any dwarfing of the states."

Thomas Brey has worked for almost four decades as a foreign correspondent for the German news agency dpa. He most recently headed all dpa offices in the Balkans as regional office manager for Southeast Europe.

Germans using too much gas, could face emergency later authorities warn 54m ago

Joe Biden pardons anyone convicted of marijuana possession 1h ago