Foreign and security policy often get short shrift in the EU. When faced with a looming crisis, Europe looks away until it's too late - leaving consequences that affect all member states, says DW's Barbara Wesel.

EU leaders spent half the night grappling with Greek Prime Minister Alexis Tsipras on the sidelines of the EU summit in Brussels this week - without much to show for it. It was an incredible waste of time. The leaders could have better used the time to deal more thoroughly with the major foreign policy issues facing the EU, which, as usual, were discussed only briefly.

Foreign policy remains Europe's weak point, the blind spot of the European Union. One of the reasons for this failure is the fact that foreign policy remains, for the most part, in the hands of the member states, with their diverging interests and diplomatic traditions. In addition, it seems that the many government leaders have not yet fully realized the dangers of the changed security situation on Europe's borders.

Take Libya, the North African country on Europe's southern border, for example. German Chancellor Angela Merkel has said that "if Libya's problems are not resolved, the EU itself will face a major problem." This conclusion came more than three years after the fall of Libyan dictator Moammar Gadhafi. 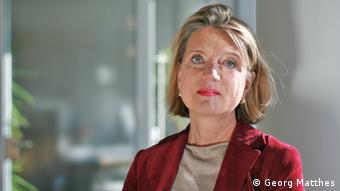 Libya, a country sinking into chaos and violence, is a hub for refugees fleeing Africa's war zones and for the arms trade in the Middle East as well as a training camp for terrorists. For three years now, Europe has been watching the situation in Libya progress from confusion to catastrophe. And no one saw a reason to open the EU's political toolbox and intervene early on, to help establish political institutions or stabilize the central government. It's only when the streams of refugees turn into a political problem within the EU, or when terrorists trained in Libya commit a massacre in neighboring Tunisia, that Brussels recognizes the seriousness of the situation.

Of course, there are plenty of smart people who have warned of such developments. But nothing happens, aside from a lot of nervous handwringing. Now EU foreign policy chief Federica Mogherini has been tasked with developing a strategy together with the justice, interior and foreign ministers of the EU member states. Her plan will likely involve either a police mission to protect a negotiated truce, a navy operation off the coast or help with border security. But the gears of government grind slowly in the EU - too slowly to keep pace with reality.

Relations with Russia tell a similar story of missed opportunities and overlooked developments. For years, the EU put its faith on partnership, integration and change through rapprochement, overlooking the fact that very different processes have been underway in Moscow for quite some time. Rising nationalism was not seen as a threat early enough, Russia's turn away from the West was not noticed and President Vladimir Putin's increasingly autocratic government was not taken seriously.

Libya's internationally-recognized government has carried out airstrikes on multiple targets in Tripoli, which is controlled by a rival administration. A UN envoy has warned the ongoing unity talks in Morocco might fail. (21.03.2015)

Russia has blasted the European Union's decision on Thursday to extend sanctions against it. The union says there is no possibility sanctions will be lifted until a peace agreement has been fully implemented in Ukraine. (20.03.2015)

The EU has said it will make additional funds available to Athens to help spur growth and combat poverty. This came after Greece's premier pledged to press on with reforms to satisfy the country's creditors. (20.03.2015)

Ukraine's prime minister has warned the EU that unified pressure on Russia is still needed. Several EU leaders have said sanctions will remain in place until Moscow has fully committed to the Minsk ceasefire deal. (19.03.2015)

The "Islamic State" extremist group has claimed responsibility for an attack on the Bardo museum in Tunis that killed at least 20 people. Tunisia has arrested the first suspects in connection with the incident. (19.03.2015)

A UN report has accused the "Islamic State" of genocide, war crimes, and crimes against humanity. Iraqi forces may also have committed war crimes while battling IS. (19.03.2015)

Now Merkel is trying almost single-handedly to limit the debacle in Ukraine - and the best possible outcome is a frozen standoff on Ukraine's eastern border. And now, after years of procrastination, the European Union is starting to develop a common policy for its neighboring states to the east.

At this week's summit in Brussels, the only result was a political statement binding both Ukraine and Russia to the terms of the Minsk Agreement, and thus putting off the decision of further sanctions. In the summer, when it's time for an actual decision, such unity could collapse with a simple "no" from one member state - like Greece or Hungary. A prime example of how European foreign policy often fails due to national egoism and interests.

Crisis on the edge of the Mediterranean

The development of the "Islamic State" (IS) into a violent, unscrupulous terrorist organization has also happened right before our eyes over the last several years - and no one paid any attention. The Europeans were secretly glad to be able to declare Iraq the responsibility of the US, and looked on helplessly as the civil war raged in Syria.

Now we must deal with the consequences of this inactivity. IS terrorists are threatening European cities and destabilizing neighboring countries in the Mediterranean region. They pose a danger to everyone. Border states in the Middle East, along with aid organizations and Europe itself, are completely overwhelmed by the humanitarian disaster.

Unfortunately, when it comes to foreign and security policy, everything is tied together. An arc of crisis now stretches across North Africa through Libya and Syria, on to Greece and into the Black Sea region. The EU should address all the possible conflicts in these regions in their earliest stages. Greece's geostrategic argument - the fact that no one in the EU wants to see a country falling into chaos on Europe's southeast flank - is the last valuable card in Athens' hand. It's only this risk that's keeping an annoyed EU from letting Greece exit the eurozone.

The old saying still applies: The EU is an economic giant - but when it comes to foreign policy, it's a dwarf. Brussels has somewhat strengthened the position of foreign policy in recent years, but it took a decade of bitter debate to get to that point. If Europe continues to move forward at a snail's pace, it might be able to develop a coherent foreign and security policy by the end of the century. Whether events will wait so long for us to react, however, is doubtful.

Pakistan: Islamists halt march after deal with government 4h ago

Opinion: Erdogan is fighting to stay in power 7h ago