Russia has blasted the European Union's decision on Thursday to extend sanctions against it. The union says there is no possibility sanctions will be lifted until a peace agreement has been fully implemented in Ukraine. 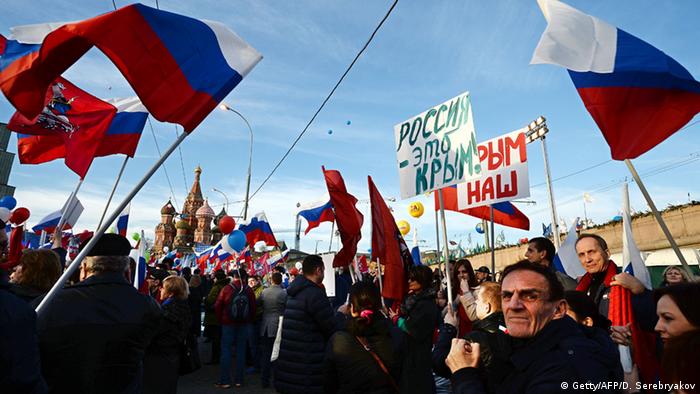 Chairman of Russia's foreign policy committee, Konstantin Kosachev, said that the decision will discourage Kyiv from helping execute the plan "for the simple fact as soon as they are implemented, Russia is out of sanctions."

Ukrainian leaders have insisted they are adhering to the agreement's terms, and working to help its introduction.

On Friday EU Foreign Policy chief Federica Mogherini said the EU will continue to monitor the situation in eastern Ukraine, "linking any decision on sanctions only and purely to the situation on the ground."

The so-called "Minsk" deal was signed in February, and is unlikely to be fully implemented before the year ends.

Russia also criticized Kyiv this week for passing amendments that delay political autonomy for separatist-held regions until after elections are held that adhere to Ukrainian law.

On Wednesday Russia celebrated one year since the Black Sea peninsula of Crimea was annexed.

The Ukrainian government says it will not speak with separatist rebels, whom it calls "terrorists."

EU leaders have met to discuss Iran's nuclear program as a key deadline approaches. Negotiators seek an agreement that satisfies Iran's nuclear ambitions while assuring the world that Tehran can't build the bomb. (20.03.2015)