Opinion: Egypt, Tunisia offer Arab world a window to freedom | World| Breaking news and perspectives from around the globe | DW | 14.02.2011

After popular uprisings toppled governments in both Cairo and Tunis, pessimists fear for the stability of the region. DW's Ibrahim Mohamad is more positive, claiming the fall of the Berlin Wall sets a useful precedent.

"We are the people" was call of the people of East Germany more than 20 years ago at their Monday demonstrations. I was able to witness the fall of the Berlin Wall first hand, and today I am compelled to think about it again and again.

The pictures from Cairo, and before that from Tunis, resemble those historic scenes from Leipzig and Berlin. The leadership has been toppled and the people are united. The people have triumphed.

Millions of Arab citizens from Mauritania to Bahrain are fascinated and enthused by the window to freedom that these events have opened. They all suffer, to a greater or lesser extent, from tyranny, from an absence of freedom. They, too, are "the people."

Tunisian President Zine El Abidine Ben Ali was toppled on January 14, 2011, while the Egyptian "pharaoh" Hosni Mubarak fell from power on February 11. I am full of hope and confidence that these two dates will have a similar place in world history as November 9, 1989, the day of the fall of the Berlin wall and the day that marked a milestone as communist regimes fell across Eastern Europe.

"The Egyptians have inspired us," said US President Barack Obama. "They changed their country and in doing so changed the world." It is true that, for other reasons, the US president is not as popular as he once was in the Arab world. These words, though, touched my heart.

First Tunisia, then Egypt. And tomorrow? Algeria has already seen angry protests, as have Yemen, Jordan and even Sudan. Other countries could soon follow. The spark is there, multiplied a million times by modern forms of communication; through the Internet and major satellite channels. 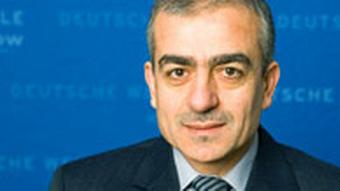 The successful popular uprisings in Tunisia and, most significantly, in Egypt have unleashed a long undreamt of desire for freedom. There is much evidence now of a chain reaction, a "domino effect" as anger and rage mix with feelings of a new political dawn and remarkable courage.

"If the people want to live, fate must surely answer their call," was the motto of Tunisia's Jasmine Revolution. Violence, repression, censorship: nothing can stop the people now.

What has happened can happen anywhere and nobody should be afraid.

Naturally, there are risks. The lapse of appropriate controls during the transition may result in new waves of refugees as we have seen on the Italian island of Lampedusa. Only economic growth can help, with the strongest possible support from Europe. In the long term, several questions arise. What will happen to the architecture of stability and security in the region? What forces will eventually prevail?

The concern is understandable but it would be counter productive and give the wrong signal to focus upon this. Firstly, stability and security have in the region always been extremely fragile - and the so-called "pro-Western" autocrats have played their part in that. Furthermore, people are arguing very transparently for pluralism, democracy and social justice. They have not allowed religious differences or other possible divisions among themselves to be a factor. For this, they deserve admiration and respect. Even Islamic and other ideologies have fortunately, until now, played only a minor role.

Europe as a role model

History does not repeat itself as such, but it can set precedents. In spite of the differences between Europe and the Arab world, I hope that the fall of the Berlin Wall and the break-up of the Eastern Bloc can prove to be a model. Indeed, I dream of a new Arab world with multi-party systems, democratically elected governments, independent judiciaries, freedom of expression and a strong and vibrant civil society. I know that very many people dream of this. Across the Arab world, people yearn for freedom and justice. They do not want direct interference from outside. What they do want is assistance and encouragement.

World leaders have welcomed the resignation of Egyptian President Hosni Mubarak after 18 days of peaceful protest. Now Egypt must ensure a "transparent, orderly and peaceful transition," said the United Nations. (11.02.2011)

Opinion: West should celebrate with Egypt, but follow up with deeds

The resignation of Hosni Mubarak was overdue and is a moment of joy for Europeans and Americans, says Bernd Riegert. Now it’s time that we follow our words up with deeds. (11.02.2011)

After ruling Egypt with an iron first for thirty years, Hosni Mubarak has stepped down as president. Deutsche Welle's Peter Philipp takes a look back at Mubarak's legacy and his controversial relationship with the West. (11.02.2011)