Opinion: Donald Trump's running again — and he could win

Donald Trump's conviction that he will be reelected should come as no surprise. He may deny reality to paint his presidency as a success, but it's naive to think he'll leave the White House soon, DW's Nancy Isenson says. 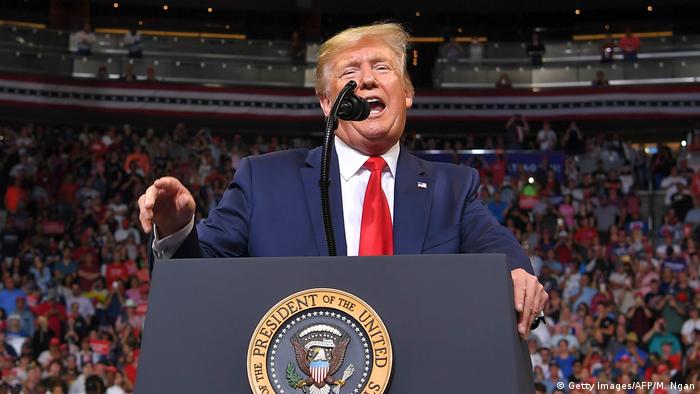 Many people thought Donald Trump would have vacated the White House by now. But there he, is announcing his determination to win a second term as the president of the United States.

When he first took office in 2016, hopeful people thought it was just a matter of time until he quit, because being president is harder than anything he has done in his pampered life and he would surely rather watch Fox News, insult celebrities on Twitter and spend his days knocking dimpled white balls into holes in the ground.

When he didn't quit, hopeful people thought he would be removed from office. But Trump has not been put on trial for any high crimes and misdemeanors, regardless of whether or not he tried to obstruct theinvestigation into his campaign or encouraged Russia to hack his opponent's server. Impeachment — which is not the same as removal from office — is the Senate's job, one that it is not doing as it is controlled by Republicans who have no interest in attacking the leader of their own party. 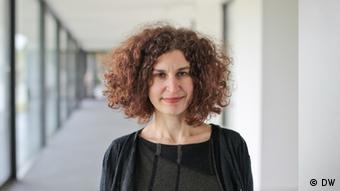 Nancy Isenson is an editor in DW's news department

When he wasn't removed from office, hopeful people thought the economy would do the job instead. Since the beginning of Trump's term, economists have been predicting the US economy would take a nosedive. One day it was his tax cuts that would tip the iceberg, then his aggressive tariff regime, then his heavy spending — which has added $2 trillion to the national debt so far. And maybe those economists will be proved correct in the long run, but, for now, the US economy is strong and unemployment is at 3.6%, a nearly 50-year low.

Beyond the economy, Trump has the built-in advantage that presidents are almost always reelected. Only four have been rejected by voters in the past century.

And, though some Americans are dismayed by Trump's fawning over Vladimir Putin or defending of white supremacists, while others cheer him on, the reality is that many are simply too busy with their lives to devote much attention to politics at all. The president may not be held accountable by the single mom in Milwaukee working two jobs to keep a roof over her kids' heads and food on the table.

We Americans are raised to believe that our country is the greatest in the world. Many of us never travel abroad to find out if that is true — only 42% of US citizens even have passports.

Nor do we necessarily have the tools to challenge the concept that no place could possibly be better than the United States. For years, Republicans in political office have undermined public education, singling it out as a pricey and wasteful budget item to be cut, rather than an investment in our future. In international testing, US students trail many other countries in reading, science and math literacy.

In today's United States, which is starkly divided between entrenched camps, locating unadorned, unbiased information may require both determination and time. So, even if that Milwaukee woman is registered to vote, who's to say she will have the knowledge to separate "fake news" from the factual, or even to appreciate that she ought to tackle that challenge before casting her ballot?

At this point, it would be reckless to assume that Trump won't be reelected. And don't be fooled by polling that indicates only 44% percent approve of the job he is doing as president. Polls are notoriously unreliable, and can't tell us much at all about what will happen in the more than 500 days until the 2020 presidential election.

Last November, however, they did get something right. The midterm elections returned the House of Representatives to Democratic control, coming as a surprise to skeptics like me, who appreciate a speed bump on the US's road to decline.

The hopeful people needn't yet begin to despair.

Why the Mueller report will not end Trump's predicament

The much-anticipated report by special counsel Robert Mueller about Russia's meddling in the 2016 US elections is reportedly close to finished. That doesn't mean it will become public or it will answer all questions. (01.03.2019)

European populists don't need Donald Trump, but they like his support

European populists preceded the rise of Donald Trump. While they share some common sentiments, they have few concrete connections. That's why a Trump election defeat wouldn't necessarily mean the end of global populism. (14.05.2019)