Special counsel Robert Mueller did not find evidence of collusion between US President Donald Trump's campaign team and the Russian government. But the president has not been completely exonerated of other crimes. 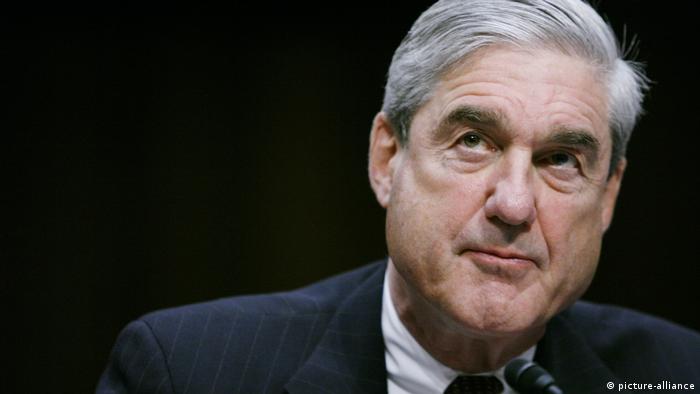 Mueller's investigation also found no evidence that the president had committed a crime, but it fell short of exonerating Trump of obstruction of justice, Barr added.

The findings in detail:

Barr sent his summary of Mueller's "principal conclusions" in a 4-page letter to the House of Representatives Judiciary Committee in the US Congress, which stated:

"It's a shame our country and your president had to go through this," said Trump, who described the Russia probe as an "illegal take-down that failed," adding he hoped somebody would be "looking at the other side." Just minutes earlier the president tweeted: "No Collusion, No Obstruction, Complete and Total EXONERATION. KEEP AMERICA GREAT!"

"This is a complete and total vindication of the president," echoed Trump's legal team in a statement.

House Judiciary Committee Chairman Jerry Nadler wrote in a tweet that the government would need to prove "beyond a reasonable doubt" that Trump had not committed an obstruction of justice.

Nadler said he will be calling Barr to testify "in light of the very concerning discrepancies" in the report summary.

In a joint statement, Democratic House Speaker Nancy Pelosi and Senate minority leader Chuck Schumer called for the full report to be released and reminded the public that Mueller's report did not exonerate the president.

"For the president to say he is completely exonerated directly contradicts the words of Mr. Mueller and is not to be taken with any degree of credibility," they said.

Pelosi and Schumer also noted Barr's "public record of bias against the Special Counsel's inquiry," saying he was not "not a neutral observer" and could not be objective about the report.

Senior Russian lawmaker Konstantin Kosachev welcomed the findings as chance to "reset US-Russian teis," but was unsure whether Trump would "take this risk."

What did the investigation cover? Robert Mueller was authorized to look into "any links and/or coordination between the Russian government and individuals associated with the 2016 campaign of President Donald Trump." He could also investigate "perjury, obstruction of justice, destruction of evidence, and intimidation of witnesses" committed against his own probe, as well as other matters triggered by the investigation.

Will the full report be released? It's unclear. The decision about making the entire report public rests with Barr. Earlier this month, US lawmakers unanimously approved a non-binding resolution demanding the report be released.

What happens now? Mueller's probe has ended and the team will be disbanded. However other investigations could result in charges beyond those brought by Mueller.

William Barr confirmed by US Senate as Attorney General

William Barr was confirmed by the US Senate as the nation's new top law enforcement official. The vote was mostly along party lines. He will now oversee the Mueller investigation and decide whether to release the report. (14.02.2019)