Opinion: Dealing with Putin, the outcast | Europe | News and current affairs from around the continent | DW | 18.11.2014

Opinion: Dealing with Putin, the outcast 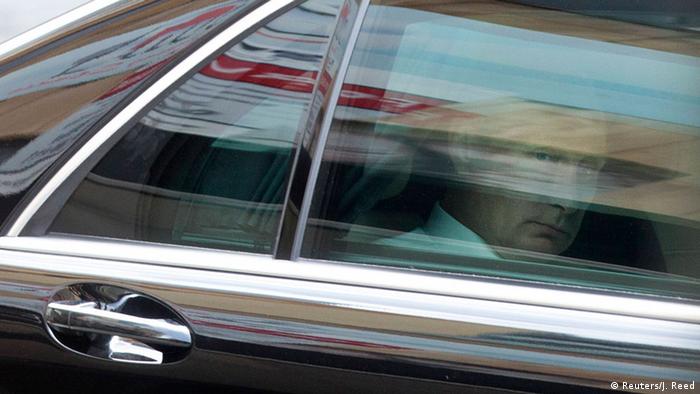 Russian President Vladimir Putin's international isolation after Russia's annexation of Crimea in March has not just been limited to exclusion from the exclusive G8 club of rich nations. No, now he's been branded the outsider, the troublemaker, even within the larger G20. Not only that, but the Russian economy is suffering, due in part to EU sanctions, but also the sharp drop in oil prices.

The ruble has fallen, and foreign investments are dropping off. And if Russia's living standards begin to decline and stay that way, Putin could quickly lose the support of the Russian population.

Putin will likely have factored in an economic dry spell due to the international pressure, the price to pay for his imperialist policies. But that the West would maintain its pressure and its sanctions for so long, despite suffering itself from the effects - that is something Putin may not have expected.

Putin left the weekend's G20 summit in Brisbane, Australia earlier than planned, allegedly because he needed to rest up ahead of the new work week. After a good night's sleep, he may now be asking himself after all that's happened in the past few months: Was it worth it? 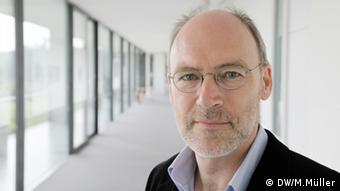 Unfortunately, the confrontation with Russia will not be solved if Putin realizes that the cost of his policies have been higher than the profit. Cornered, he might even become more aggressive. It's now a question of prestige, of wounded national pride, an attempt to save face. And, in part, it brings to mind the tale of "The Sorcerer's Apprentice," unleashing powers he can no longer control.

In any case, all of these considerations are no reason for the EU to come to terms with the violence and contravention of international laws. There are those in the EU who are pushing for a speedy end to the sanctions, willing to grant Russia its sphere of influence. To do so would give the countries in this area a limited sovereignty, leaving them unable to freely choose their own alliances.

Such concessions are often couched by the misused term realpolitik. In reality, it would be a sellout of democratic values, a Western declaration of bankruptcy.

In an unusually clear speech in Sydney, Chancellor Angela Merkel laid out what's at stake. Merkel, who carefully weighs every word and is a former citizen of East Germany, knows what it's like to live under Russia's influence.

Merkel, who sought out Putin for a talk at the sidelines of the Brisbane summit, fears that if Russia finds success in Ukraine with its annexation, weapons deliveries and destabilization, it will do the same in Georgia and Moldova. And she hasn't ruled out Russian policies in Serbia and the entire western Balkan region - an area surrounded by EU member states - that would thwart efforts to bring the region closer to the EU.

To date, none of the EU leaders have gone so far with their comments. Had a leader of one of the Baltic countries made such a statement, he or she would have quickly been accused of paranoia and fear-mongering. But it seems that Merkel now expects the worst from Putin.

With her remarks, Merkel aimed to strengthen European cohesion - she knows Putin is trying to sow discord. In the EU, it has been very difficult enforcing the comprehensive economic sanctions against Russia. The longer the conflict drags on, the more difficult it will be to maintain support for the sanctions.

But it's about nothing less than the constitutional defense of peace; borders cannot simply be redrawn by force. The West has ruled out military intervention in Ukraine, leaving sanctions as its most potent weapons. But they can only work in the long-term. Patience is needed.

At the same time, the EU must remain open to Russia - it's up to Moscow how long the sanctions will last. However, the EU must also make it clear to some Ukrainian political leaders that they cannot misuse European support. Ukrainian President Petro Poroshenko's comment in the German "Bild" tabloid - "We have prepared ourselves for total war" - cannot be surpassed in its frivolity. Putin could not have wished for a greater invitation.

The EU isn't interested in tougher sanctions against Moscow, but in fresh talks - while Kyiv is expected to launch reforms to move the country closer to the European Union. (17.11.2014)

The EU will blacklist more Ukrainian separatists but not issue new sanctions against Russia. German Chancellor Angela Merkel has made a number of specific references to the policies of Russian President Vladimir Putin. (17.11.2014)

After the G20 summit, Europe moves on the Ukraine crisis

Critical words from Western leaders don't seem to have bothered Vladimir Putin. Following the G20 summit in Brisbane, he seems content to continue the confrontation. Europe, meanwhile, is repositioning. (16.11.2014)