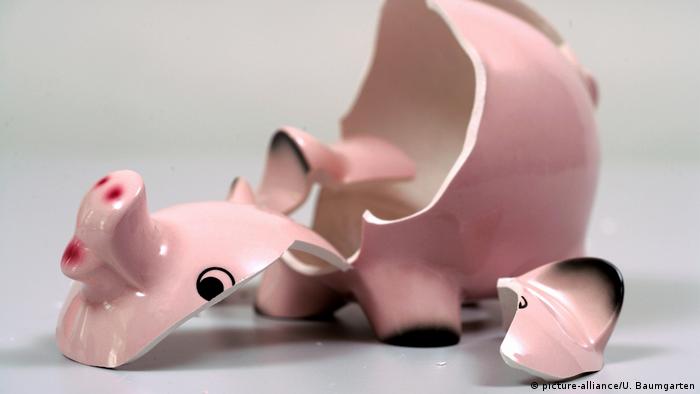 It came as no great surprise that the 27 EU heads of state and government were not yet able to reach agreement on a budget framework for the next seven years at their special summit. The divisions are too deep, the stances too inflexible. The net contributors want to put in €1 trillion ($1.085 trillion); the net recipients are demanding up to €1.3 trillion.

The problem is not only the money in itself, but the structure. The planned expenditures for the next seven years show how the EU envisions its future. The new European Commission wants to do more for climate and environmental protection with a "Green Deal." But alongside this, EU politicians have listed a long series of other challenges for the bloc in their well-turned speeches: border security, migration, research, digitization and joint defense, for example.

Measured by these demands, the draft budget for the period till 2027 that was debated back and forth in vain at the special summit lags behind these objectives. Two-thirds of the money, after all, is meant to be put into agriculture and assisting poorer regions in the name of so-called cohesion.

The budget's structure puts emphases in the wrong places — at least in the opinion of those EU member states that do not profit as much as others from this "old" type of spending on agriculture and cohesion. But other EU member states, including France, which receives a large portion of this assistance, say that promoting agriculture is something that is eternally at the heart of EU affairs. Yet other EU members want both "future-oriented" and "old" spending and simply call for a bigger budget.

But now Britain is ceasing to pay into the kitty, the net contributors are very hesitant about raising the budget, and rightly so: Filling the gap left by Brexit is already expensive enough.

The two sides moved a few inches closer to each other at the first special budget summit of the season, but there are still many yards to cover. However, what is at stake here is not just the total amount and the strategic priorities to be set. There is also a basic issue, and one that is often pushed into the background by the superficial quarreling about money: solidarity.

The European agreement is centered on the awareness of common interests and a harmonization of standards of living. But at least two countries, Poland and Hungary, have turned their backs on this solidarity by abandoning principles of constitutionality and refusing to take in migrants to boot. Why should they receive the same payments, made in the spirit of solidarity, as those members that adhere to the law? The new budgetary framework should be used to discipline Poland and Hungary. But the heads of state and government seem to be missing this chance.

For the sake of an agreement, they are obviously willing to forgo a comprehensive review of constitutionality before any money is paid out. This implies that you can do whatever you want in the EU; the money will flow anyway.

The Hungarian prime minister, Viktor Orban, who recently once more mocked the EU as a place for empty talk, will be delighted. Like all other summit participants, he has a right of veto. His shameless course of populist nationalism is paying off. 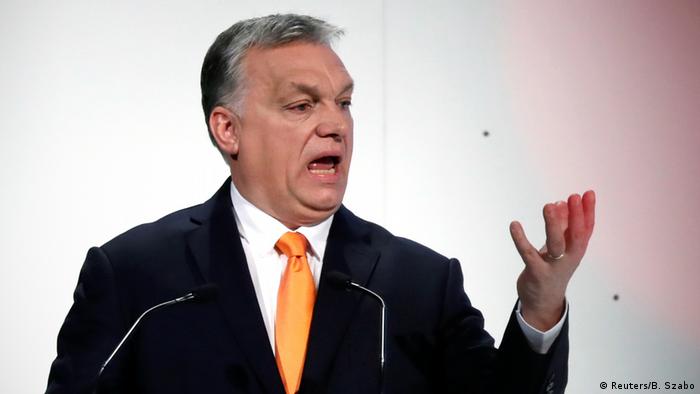 Viktor Orban is pursuing illiberal policies in Hungary with a vengeance

And the Polish government has reason to be pleased, as well. Despite all the EU's criticism of the way Polish judges are being muzzled, the bloc is not capable of imposing its principles on Warsaw. Both Poland and Hungary have ignored warnings, lawsuits and court rulings.

There should not be a budgetary framework without a clear acceptance of the rule of law. That is another reason why it was right for German Chancellor Angela Merkel to scuttle this first budget summit.

One or two more summits will be needed to come up with the lowest common denominator. The budgetary framework will be neither future-oriented nor will it set precedents. But the good news is that the 27 member states will reach an agreement in the end, albeit with much dramatic bluster, because they have to. Otherwise, the EU will cease to function. And no one wants that to happen.

TikTok says it has over 1 billion users 1h ago

Police crack down on Europe's 'cocaine pipeline' 3h ago